Although the weekend heatwave didn’t quite last till Sunday morning, pouring rain didn’t stop hundreds of women from arriving at Blaise Castle, north Bristol, for the Women’s Running 10K on 28 June.

By 9am the event village was in full swing, if a little muddy, with retail, goody bags and competitions from some of the event partners including Skechers Performance, Buff, Bellum Active, Wheyhey and Everything But The Cow.

The non-stop action on stage kept runners entertained and inspired as they kept warm with a Q&A with Alzheimer’s Society fundraiser Julie Morris (read her story here) and a chat with Anneke van Eijkern from local group This Mum Runs – who were out in force and also helped with marshalling on the day. Later there was a chance to win a brilliant Buff goody bag by taking part in the Buff challenge: after a quick demo from Lizzie from the Buff team, the crowd was invited to come up on stage and name one of the ways to wear your Buff. There were more prizes on offer too: throughout the race series, Everything But The Cow are inviting WR10K runners to take a selfie with one of their drinks for the chance to win a spa day, with the winner to be drawn at the end of the series.

Finally it was over to Dan Kaminski and Damian Kennedy – one of the founders of event partners Wheyhey – to take to the stage and lead the group warm-up. With everyone ready to go and the rain still falling, almost 400 women set out on the off-road course around the beautiful grounds of Blaise Castle.

First back from the one-lap course of the 5K was local lady Sharon Pillinger in 23:19. Sharon, from Horfield in Bristol, said: “It was my first win so I’m really pleased. It was quite a challenge because you’ve got the hills and it’s a bit slippery as well, and because it’s raining, that’s good conditions for me. It was challenging but good fun.”

In the 10K race, Tabitha Divall from Poole was first home in 48:33, a brilliant time on the tricky course, and said she felt tired but good. “I’m glad it’s over!” she said. “My tactics were to stay ahead.

“I’m going to celebrate by drinking this!” she added – the top three 10K runners won a bottle of fizz as well as a pair of Skechers Performance trainers.

Next home was Bristol runner Jodie Clarke in 49:47. “I feel tired but good,” she said. “I could see Tabitha ahead and I was racing with a couple of the girls doing the 5K and I was quite glad when they went to finish.”

Just behind in third place was Nikki Ingham from Hertfordshire in 50:00. “It was a bit Tough Mudder-y at times, slippery and slidey,” she said, “but it was a good course. I do a lot of road running, I’ve done a half marathon before but this was a 10K to try and get a personal best.”

Further back on the course, spirits were high despite the weather. Lucy Harding, Andrea Karayiannis and Emily O’Brien were all running for Alzheimer’s Society. “It was a great experience – really hard on the hills but other than that it was alright,” said Lucy. Andrea agreed: “The weather could have been better, but it was a great experience. I trained hard for it – I don’t think I could have done it otherwise.” Emily, who tackled the 5K in just over 40 minutes, said, “I’m glad I did it – I feel ‘refreshed’ now!”

Jazz Singh-Khaira ran sporting a bright pink wig, to raise money for CLIC Sargent as her friend has been diagnosed with cancer. “It was really exciting, and really challenging – I’ve got injured knees,” said Jazz, who is from Clifton in Bristol. “It was really brilliant, mixed terrain. I loved it, it was really, really good.”

The final runners of the day received huge cheers as they crossed the finish line – at which point, as is traditional in the British summer, the sun finally started to break through the clouds.

You can find full results of the race here. Don’t forget, you can still enter the remaining six races in the Women’s Running 10K series, and we’ve teamed up with This Girl Can to offer a 5K option at all the events this year. 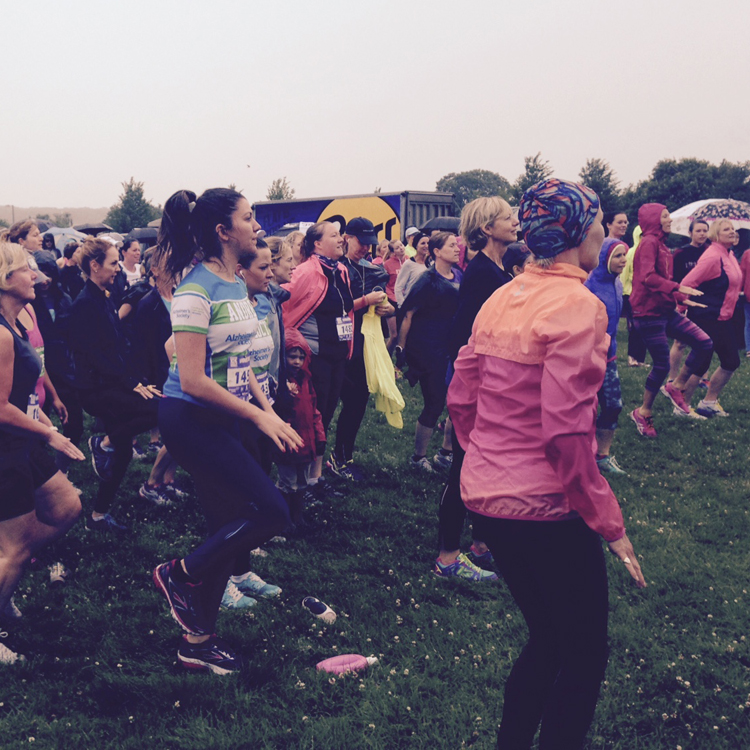 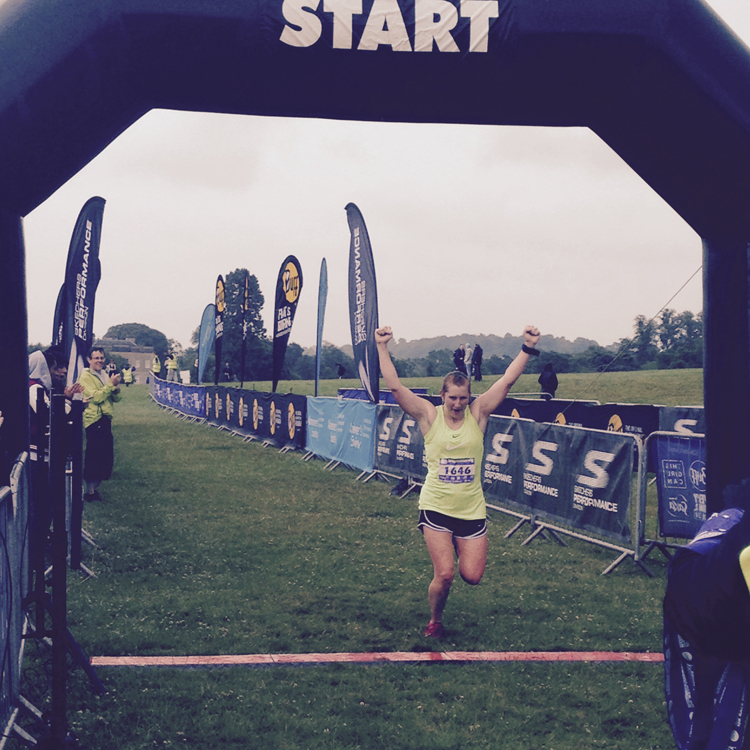 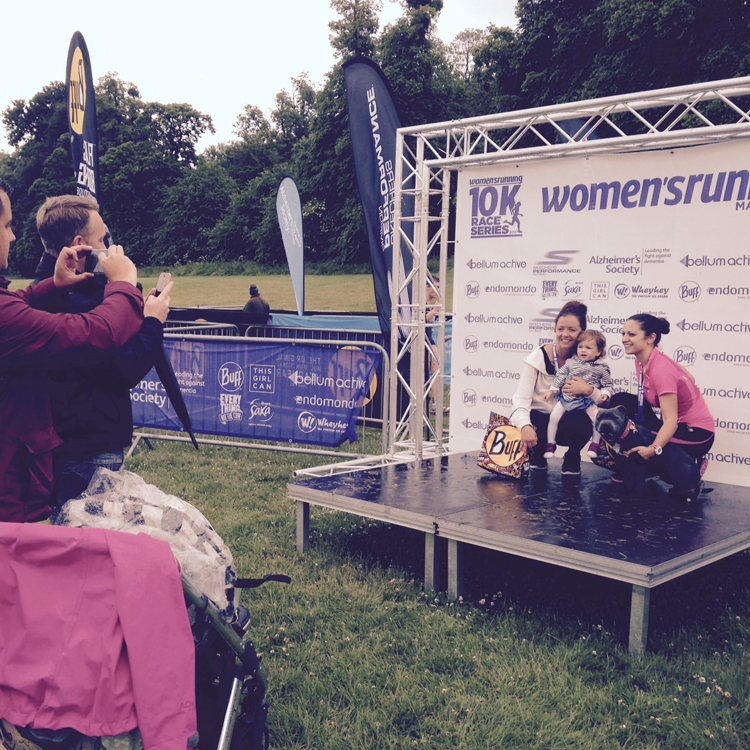 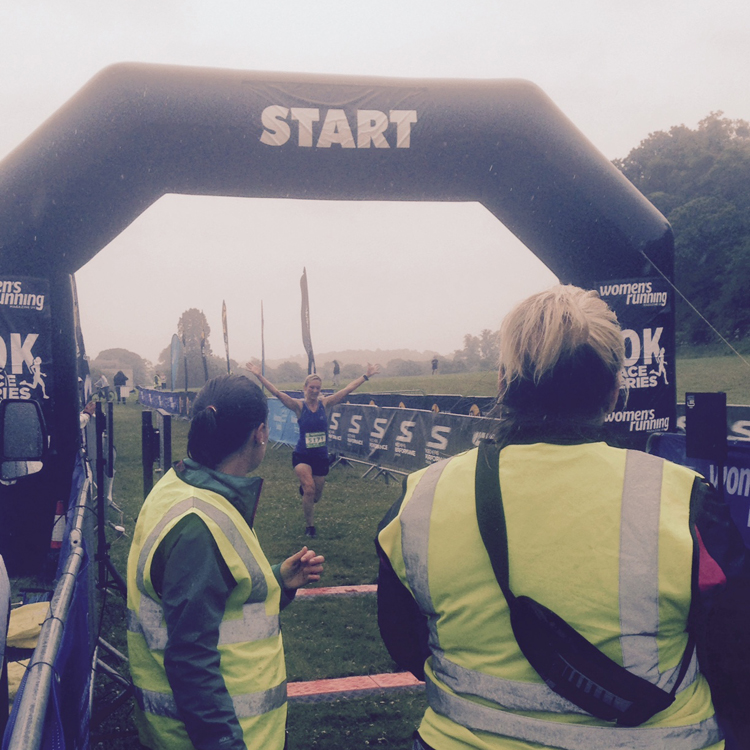 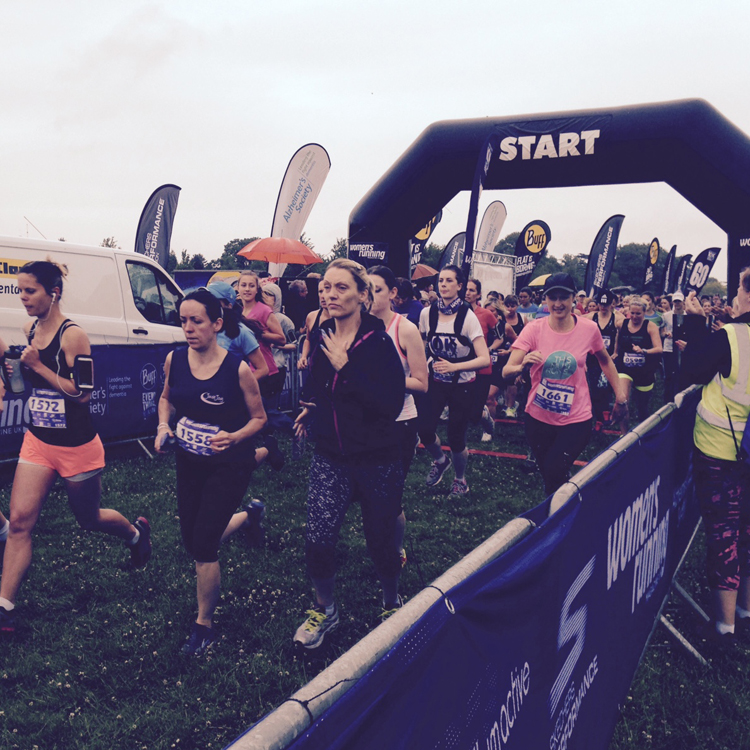 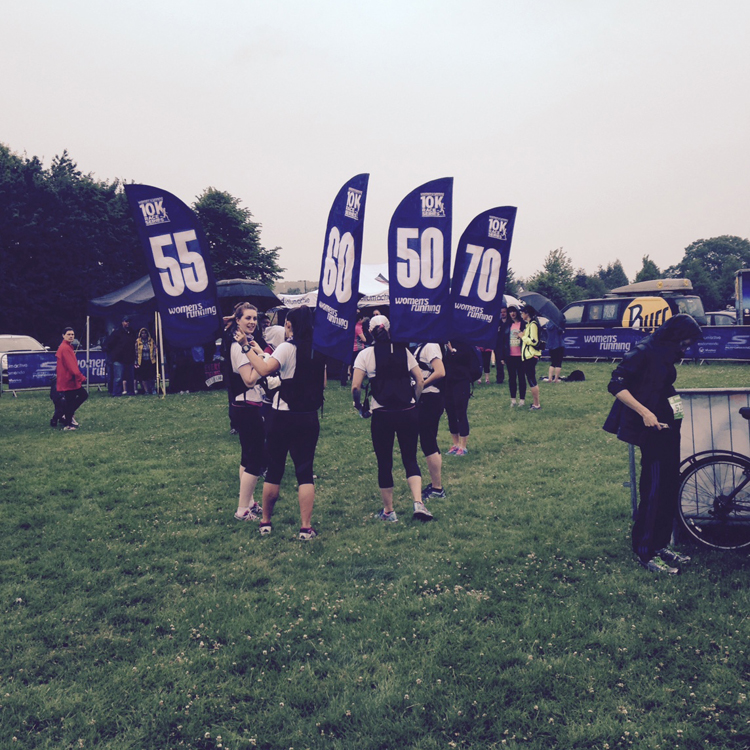 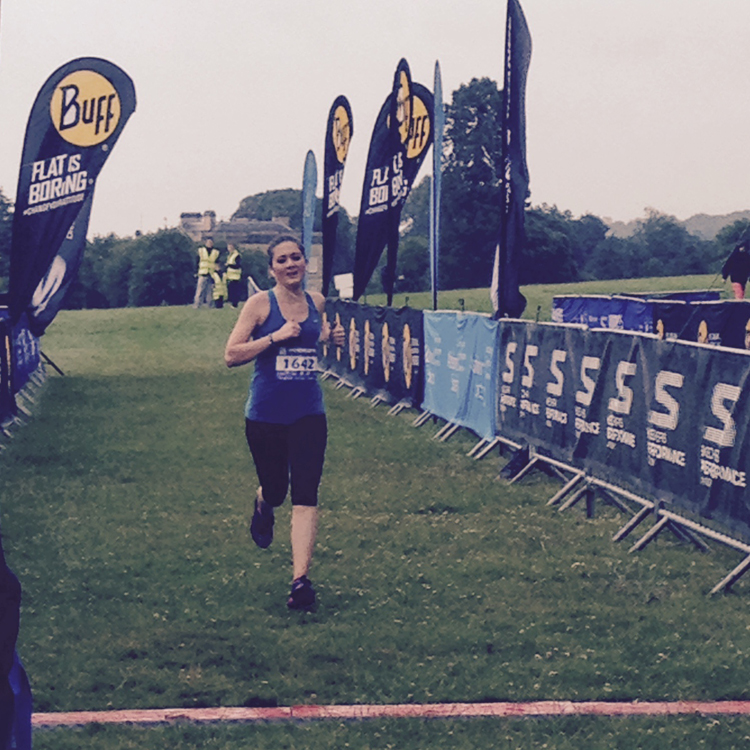 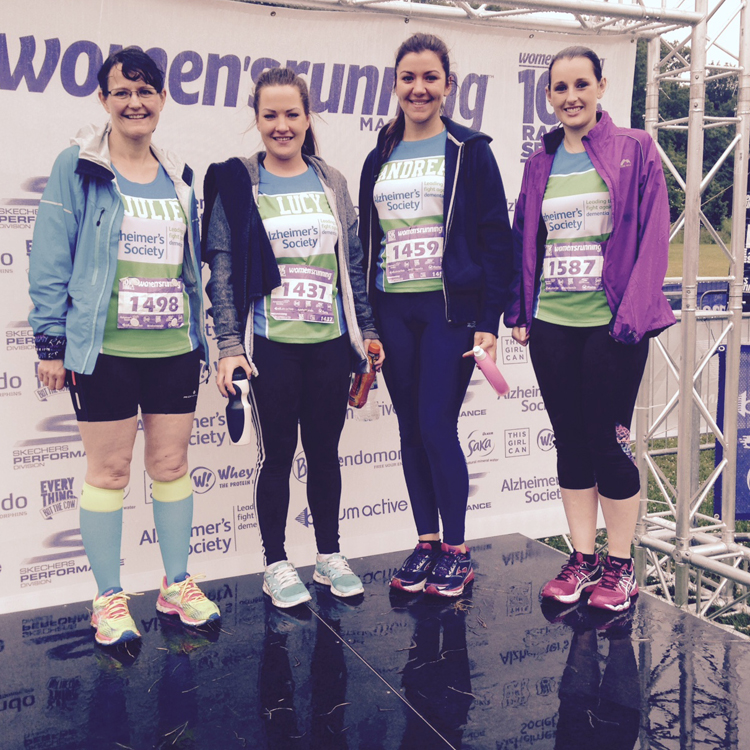 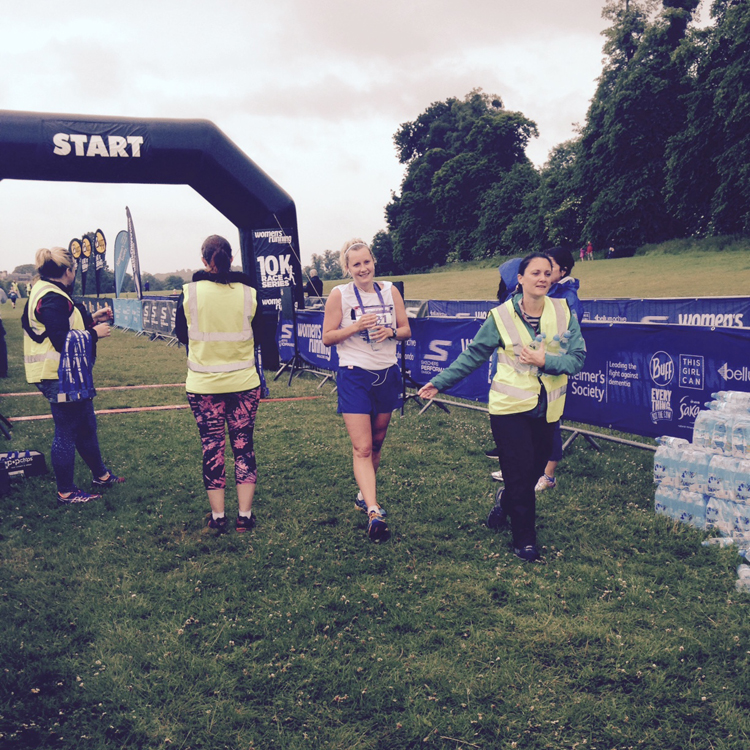 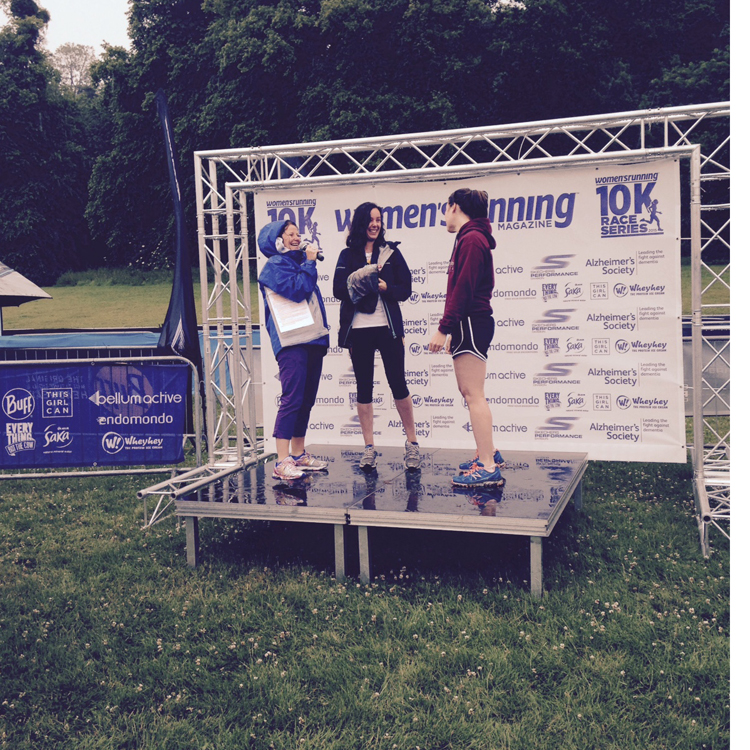 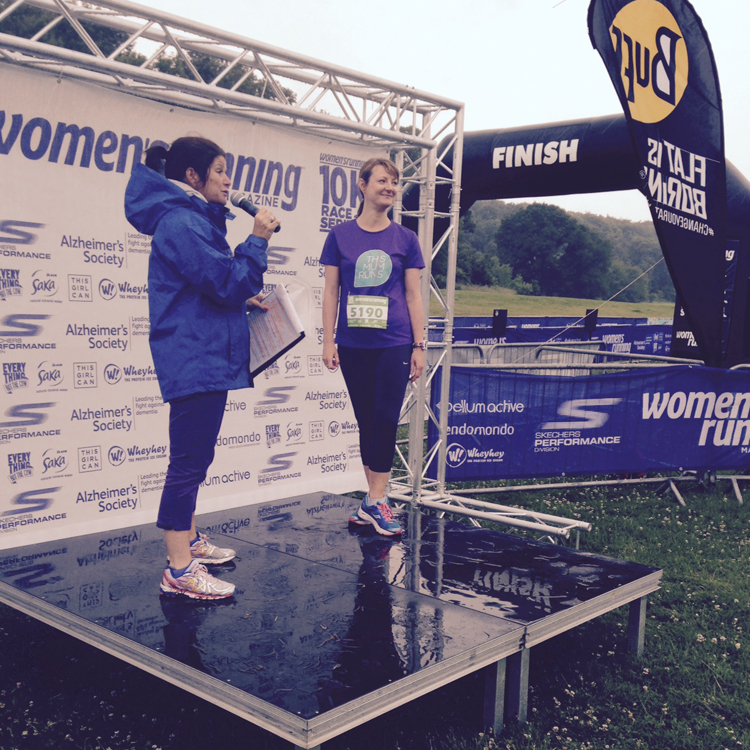 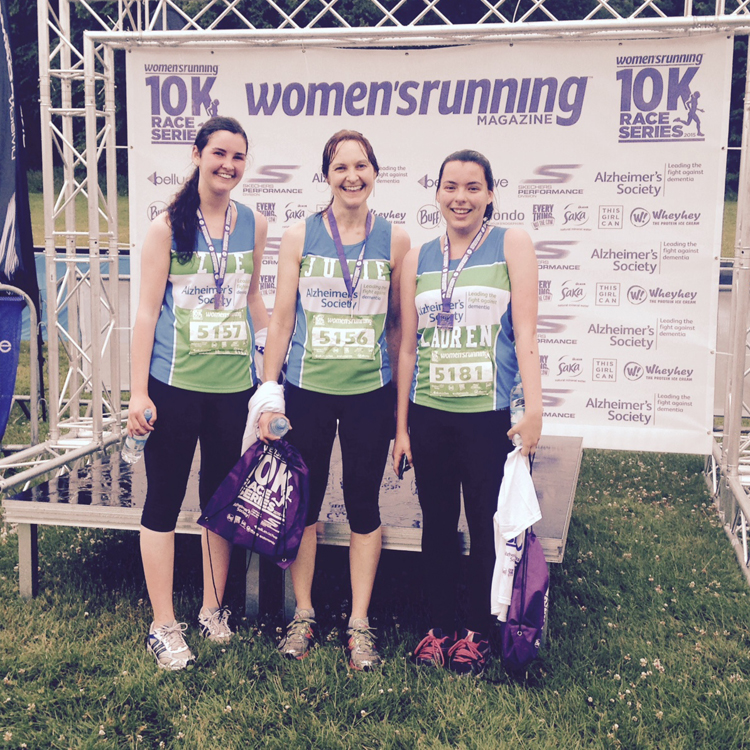