How to start running for your first 5K - Women's Running

How to start running for your first 5K

We've all got to start somewhere, and a 5K is a great place to make that start. Running coach Laura Fountain shares her advice on how to start running and train for your first 5K

Taking a walk round your local park, it probably feels like everyone but you is a runner. But how do you start running and train for your first 5K? Well, if you’re walking round the park you’re already half way there.

Starting running with a run/walk programme has several benefits. First off, it allows you to do more running and get more time on your feet in a session. Both are important factors if you want to run your first 5K.

If you were to head out the door and run for as long as you could and then go home, you’d end up running for less time in total than all of your running intervals added up in a run/walk session. And with the walk intervals counting towards your training too – because you’re still covering distance – you get more of a workout than you would if you just ran until you had to give up.

Most importantly, though, a run/walk method means you’re less likely to get injured than if you just ran and tried to increase this every week. Adding in walk breaks puts less of a strain on your body and allows your legs to ease into your new training regime.

You might hear the run/walk method referred to as ‘Jeffing’ in reference to the American Olympic runner Jeff Galloway who advocates a run/walk method. Many runners of all levels of fitness will adopt a run/walk approach to races, including marathons. It’s not just for beginners.

While your first runs may see you running eight to ten intervals of 1 minute running, 1 minute walking, each week the length of the running sections will increase and the amount of walking will decrease. So, by week five, you may find you’re running three lots of 5 minutes running with 2 minutes of walking in between.

Want a bit more guidance on increasing your running distance slowly? The most famous beginners runner’s first 5K training programme is the NHS Couch to 5K plan. This will guide you to your first 5K over eight weeks, but you can take as long as you need. Some runners will need a longer training period to reach their first 5K – there’s no rush, just keep getting out there.

One thing that new runners often get wrong is their speed. It may not feel like it, but when you first start out, you’ll be running too fast. Slowing right down will make running more comfortable and allow you to keep going for longer. You can work on getting faster later, but your main goal to begin with should be extending the duration of your runs.

Once you can run for 20 minutes non-stop, you’ll simply extend the length of your run each week. Aim to get out three times per week and add 5 minutes each week to one of your runs until you’re running 5K 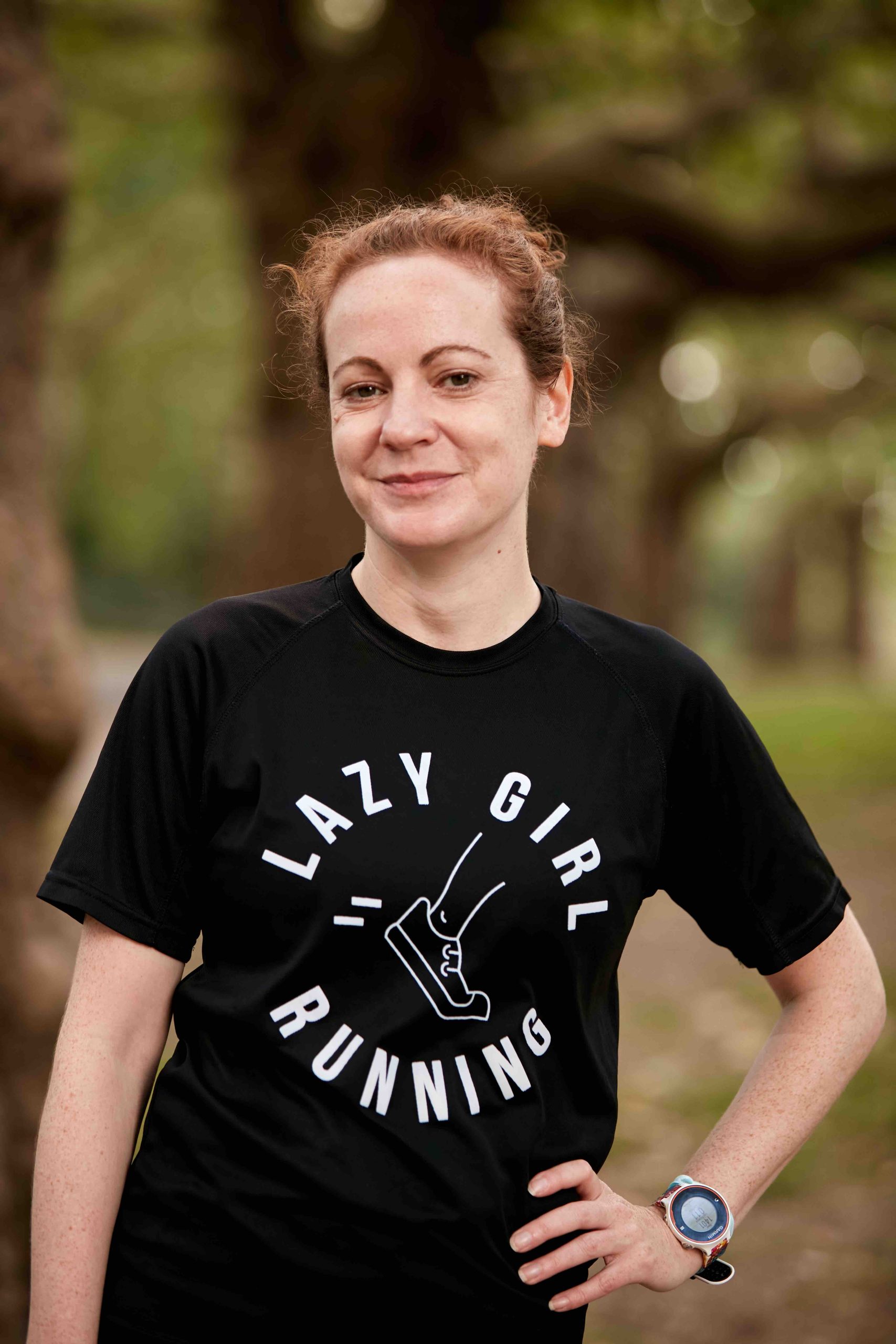 Laura Fountain is a journalist, author and running coach. Her books The Lazy Runner and Tricurious describe her journey from reluctant runner and non-swimmer to finishing 20 marathons and an iron-distance triathlon. She coaches women-only running groups and is a tutor on England Athletics’ coaching courses.

Journalist, run coach and author of the The Lazy Runner, Laura has run over 20 marathons