How I Train: Ellie Greenwood

Ellie Greenwood was IAU World 100K champion in 2010 and 2014, earned the Western States 100-mile course record in 2012 in 16hrs 47mins and 19secs and was first place at South Africa’s famous Comrades ultra marathon in 2014, the first British woman to do so. She lives in Canada and works as a running coach. 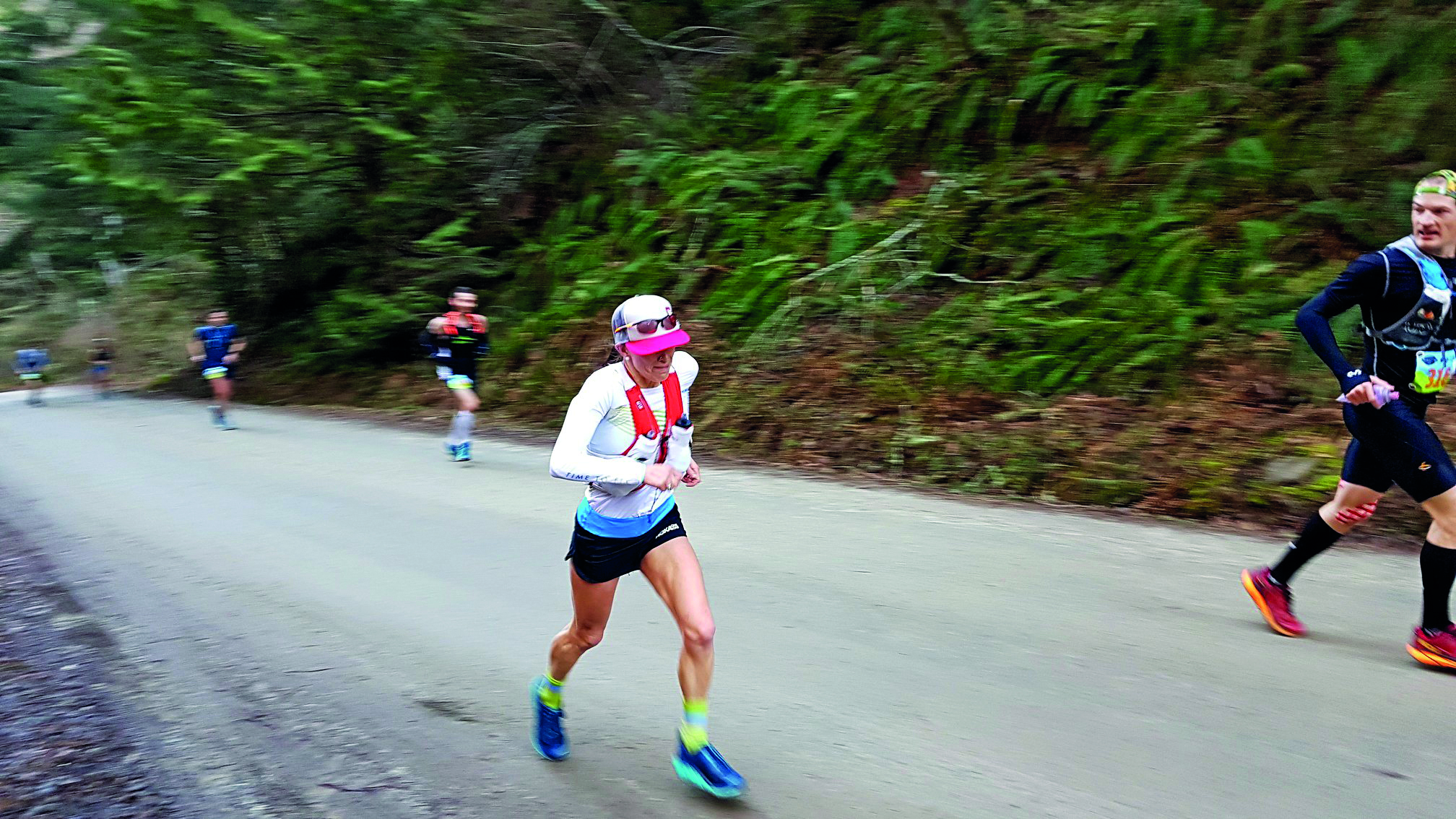 My first proper race was the Great North Run in 2001, which I finished in 1hr 59mins and 57secs. I started to realise that I could be quite good at distance running in 2008 when I ran a marathon in under three hours and won a few local 50K races. Joining a running club with a coach made a huge difference. I had got stuck at finishing marathons in about 3hrs 20mins but within five months of joining my local club, I was down to 2hrs 55mins.

I find running very calming and relaxing. I don’t worry about things as much once I’m on a run – problems suddenly become smaller. It’s also an escape from the pressures of emails, text messages and social media; it’s like a pause button. Running also gives you confidence. When you achieve something you previously thought was impossible, whether running for 30 minutes without stopping or finishing an ultra, it makes you stronger.

My priority when I get back from a long training run is rehydrating straightaway, as it’s easy to forget and can leave you feeling awful later in the day. I’ll also refuel with proper food, so pasta with some veggies – even at 3pm. And I don’t miss out on the fun stuff after a run. I love coffee and a muffin after group runs.

When I won Comrades in 2014, I had been eight minutes behind the leader near the end of the race and she wasn’t in sight. Part of the way through that race, I’d had lots of negative thoughts, but then I finished my pity party and resolved to give it everything I had. I ended up winning.

Modern technology is a wonderful thing, but don’t get too caught up in analysing data from your watch or what your Strava kilometre total is for that week. When I started out, GPS watches didn’t really exist and that did me the world of good. I had no idea what weekly distance. I’d get back from a run and reflect on whether I’d enjoyed it or not.

I’ve been injured for a while and it took time for me to adjust to a new reality. I’ve stayed sane by volunteering at races; it’s a great way to socialise and stay in touch with your community.