The Secret Marathon premieres this weekend, telling the story of the women fighting for equality by running in the Marathon of Afghanistan. We chatted to filmmaker Kate McKenzie about her experience

The Secret Marathon is a documentary feature film sharing the journey of female runners in Afghanistan. In it, we follow filmmaker Kate McKenzie and legendary marathon runner Martin Parnell as they travel to join the women fighting for their freedom by running in the Marathon of Afghanistan for the first time. 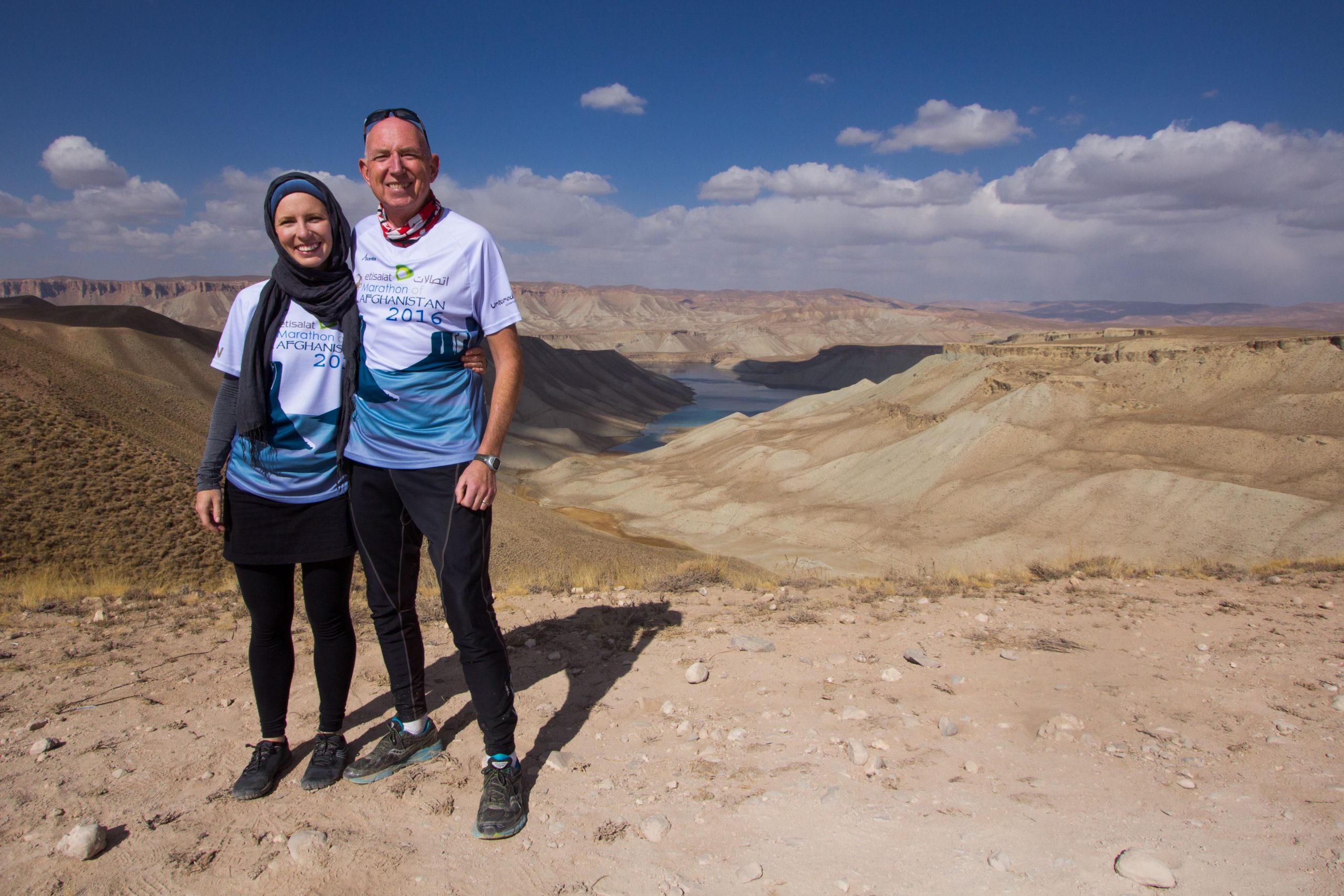 This weekend (January 29th-31st) it will be debuting globally in a one-of-a-kind virtual film gala, including a screening of the film and a Q&A session with special guests, including Kathrine Switzer. Ahead of the premiere, we caught up with filmmaker Kate to ask her all about her experience.

How did your incredible film come to be? What inspired you?

I was motivated to run my first ever marathon in Afghanistan when I read about the story of Zainab, the first Afghan woman to run a marathon in Afghanistan. When I want to go for a run, I just lace up my shoes. When Zainab went for a run, people threw rocks at her, insulted her by calling her a prostitute, and she even received threats from terrorist organizations. Despite the obstacles she had to face, she persevered and trained in an enclosed courtyard, running in loops to show that everyone should be free to go for a run in their community, regardless of their gender. 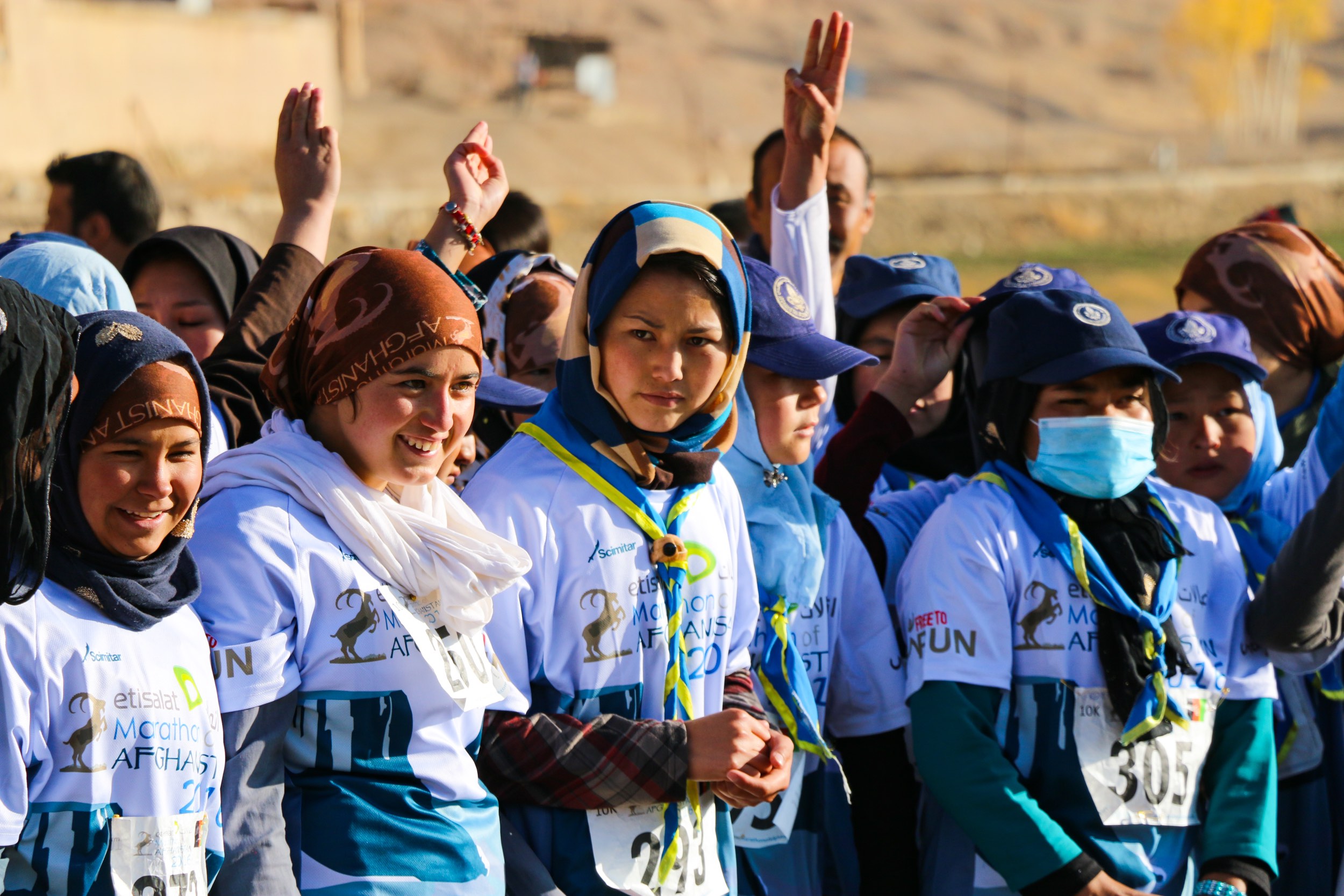 Training for your first marathon alone can be challenging – did you have to take any extra steps to prepare for the Marathon of Afghanistan?

I was lucky that I had an amazing coach, Martin Parnell, who completed 250 marathons in 1 year. Martin taught me how to plan my nutrition and hydration and also helped me to train for the elevation. One of the biggest challenges of running in Bamiyan, Afghanistan is that the race started at 2,500m and went uphill for 500m for the first half and then downhill for the second half. That meant we were operating with only 70% of our oxygen – it felt like there was a vice grip around my lungs while I ran! Adding to the lack of oxygen, we were wearing audio and camera equipment, as well as extra layers of clothing to be culturally sensitive, so it was a very different running experience than being back home.

I also needed to train wearing hijab as I wanted to respect the local culture. To help me learn how to wear my headscarf properly, I had help from the Calgary Muslim Marathoners. They graciously welcomed me into their home to teach me. It’s amazing how women will come together to support each other. 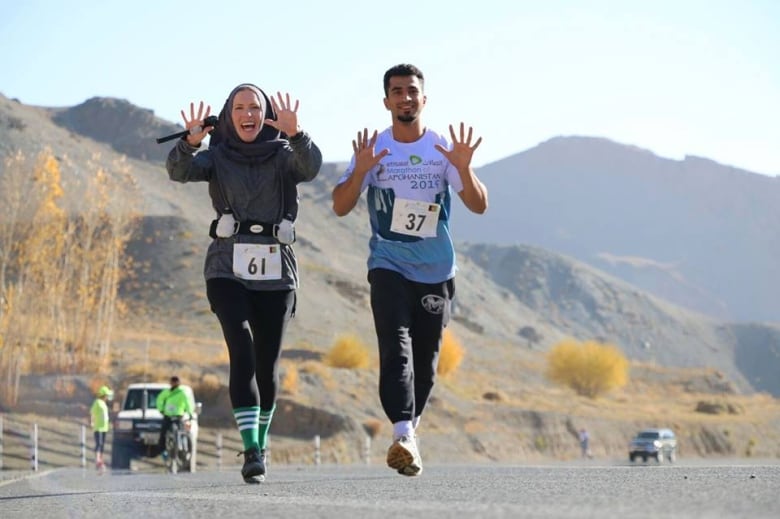 Tell us about your experience of running as a woman in Afghanistan.

Often, the only stories we hear about Afghanistan are stories of war, terror and poverty, yet my experience was that it is a beautiful country, and that Afghans are some of the most generous people I have ever met. We weren’t sure how local Afghans would respond to us running in the street but, more often than not, people waved at us as we passed by and said hello. They were often surprised to see us running and would ask us if we would like to come in for a cup of tea. During one of the most challenging parts of my race, a young Afghan man ran alongside me and offered to chat to help take my mind off the hill. He certainly could have run faster than me, but he told me the race wasn’t about competition for him – it was about coming together in the spirit of sport.

However, my experience is quite different from that of many Afghan women, especially those in more conservative parts of Afghanistan. One of the women we originally filmed actually had to be removed from the film for security reasons – speaking up about gender equality can be enough to cause others to want to silence these women. Working together with our cultural advisors, we created an animated portion of the film to capture the story of what the average Afghan woman faces, so that we could help give voice to this experience while also ensuring the safety of the women. 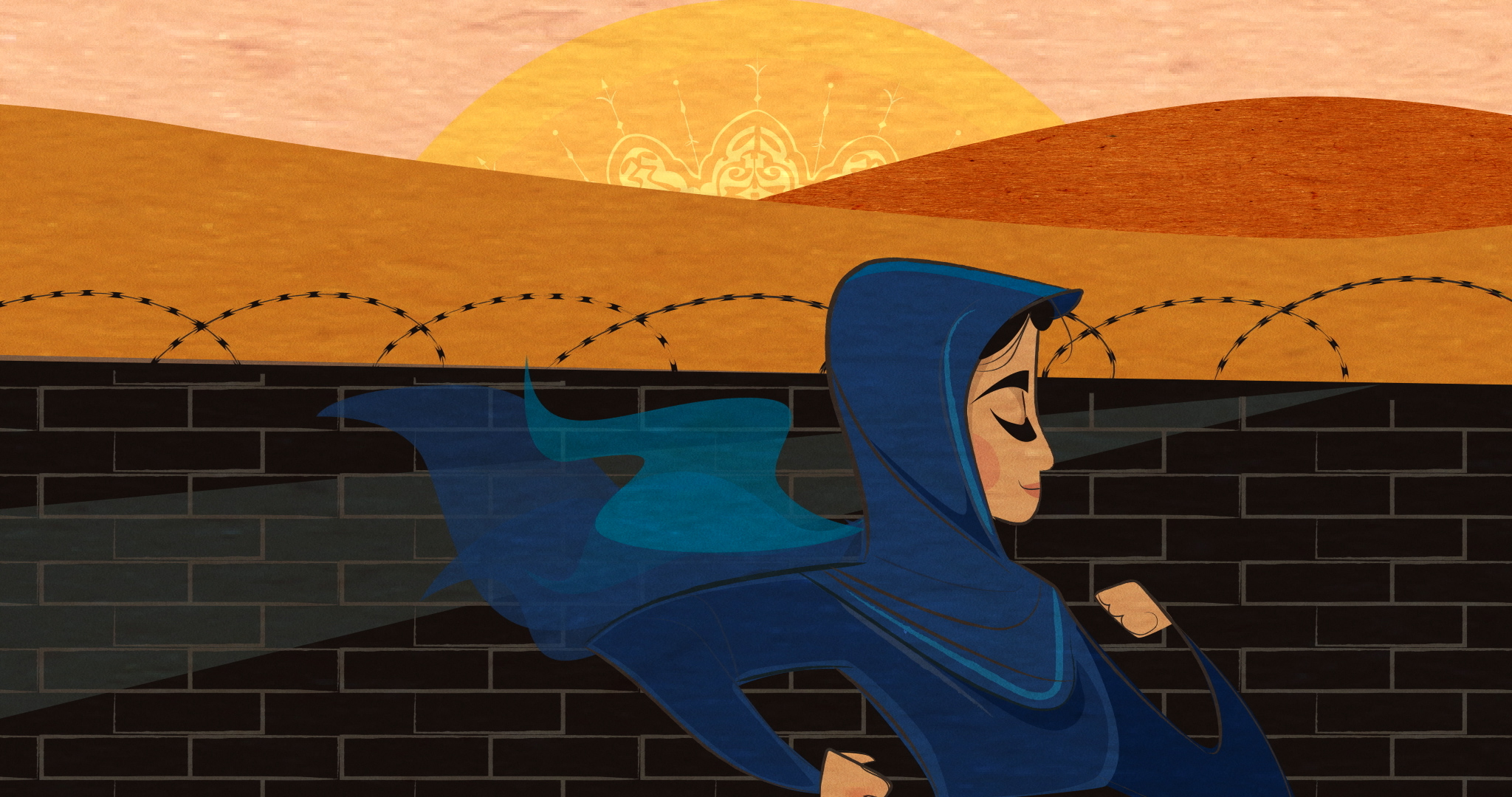 The Race Directors asked us to keep the film a secret so as not to risk making the race a target for terrorist attack. Even the race day and the race route were kept a secret until just before the event to help keep participants safe. There was so much secrecy around the event that we started calling it the Secret Marathon, which then became the title of the film.

In many ways, the start of the marathon felt similar to many races I’ve been in over the years, with all of the excitement and energy of the crowd. The difference was that for many of the women participating, this was the first time they would be able to run outside in public! Another difference was that military convoys lead and flanked the runners, along with secret service vehicles going up and down the road, to help keep the runners safe. As an additional security measure, each runner had to complete the race within seven hours so as not to have people spread out too far for too long.

The film is about so much more than running. Tell us about your aims for the film.

All along, our aim with this film has been to build a community and create a movement of equality because we truly believe that no one should be afraid to go for a run because of their gender, race, religion, ability or culture. Running in public is a basic human right. It’s also a story of hope and resiliency – with the pandemic this year, I believe we need stories like this now more than ever.

It has taken five years to reach the stage where we can have our global premiere and I’m so excited that people around the world will finally be able to see this story. The global premiere is a virtual gala, the first of its kind using new technology developed by a collaboration between Demand Films and Airmeet. We’re excited that our audience will be able to reserve a virtual table to network and connect with their running friends and hear our special guests in a pre-show fireside chat including Kathrine Switzer, John Stanton and Zainab the first woman to run a marathon in Afghanistan.

During the film itself, people can interact with emojis, ask questions and chat with their friends and we’ll have a live Q&A with myself and Martin Parnell following each screening. In going 100% virtual we wanted to create a highly interactive and engaging experience that was different from what you would have while watching Netflix or joining a Zoom call and I’m excited for people to try it out for the first time! I know a lot of runners, myself included, are missing our running clubs and getting together at races so we hope this interactive screening will give people a chance to connect. 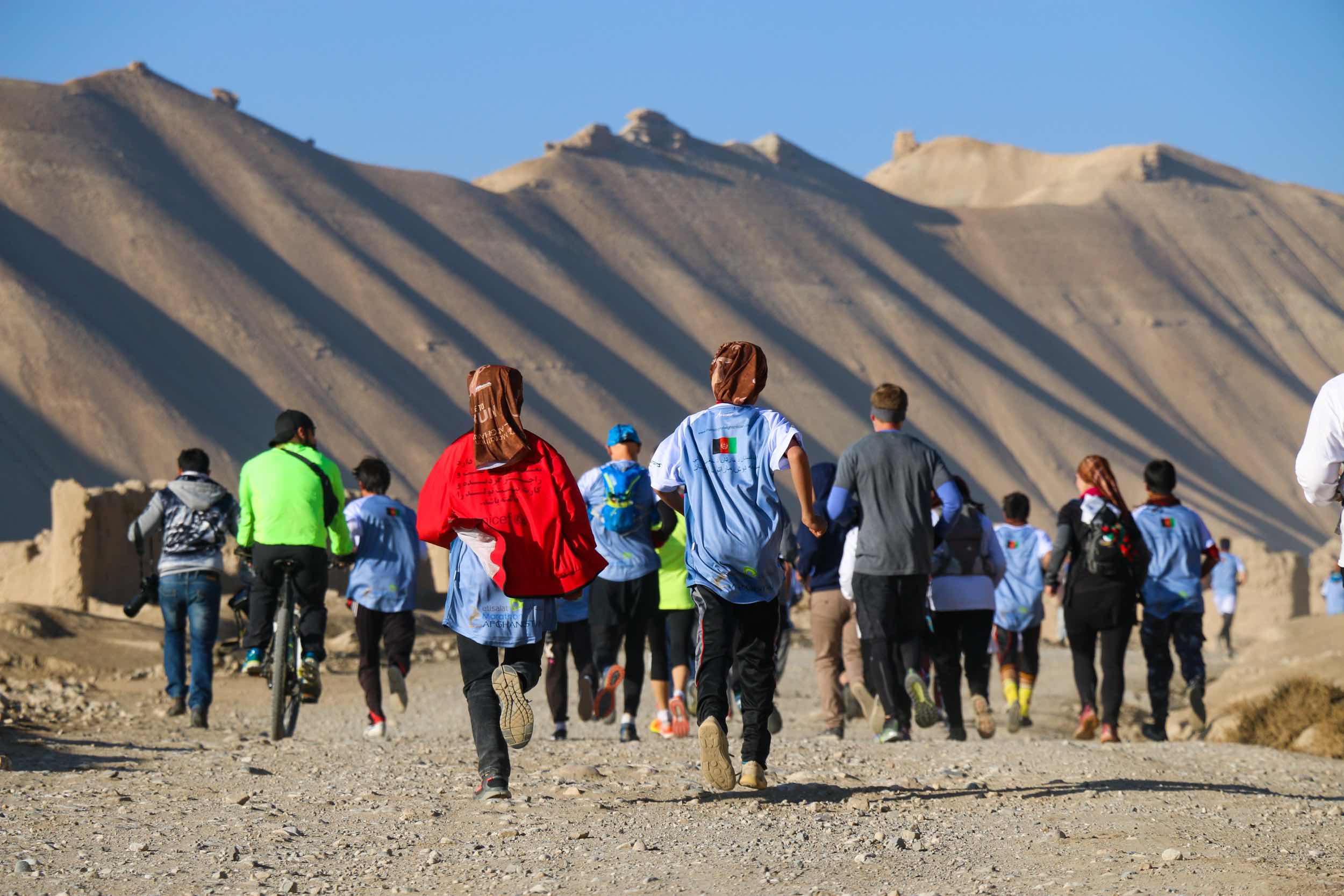 What impact do you hope the film will have on future runners?

After coming back from Afghanistan, I was inspired to see that by creating a safe race it was possible to create a safe place. Unfortunately, many women around the world still don’t feel safe to go for a run by themselves, especially late at night. I wondered what would happen if we took the model we saw working in Afghanistan and applied it in Canada.

Together with the company Running Room, we created The Secret 3K, an annual run/walk now in its fourth year which invites everyone to join us as we run, walk and work together for equality. Held during the week of International Women’s Day, we believe The Secret 3K can help communities come together to create safe places where all runners are welcome and encourage us all to build the kind of future we want to see, one where everyone can run free.

We have had participants join us for The Secret 3K in 23 different countries around the world, including the UK, and we’re excited to have more people join us as we run, walk and work together for equality this year on March 3rd as part of our virtual event. Our official charity partner for this year’s event is the Marathon of Afghanistan, and we are looking forward to helping them expand the number of people who can participate in the race by helping them to purchase an electronic timing clock. 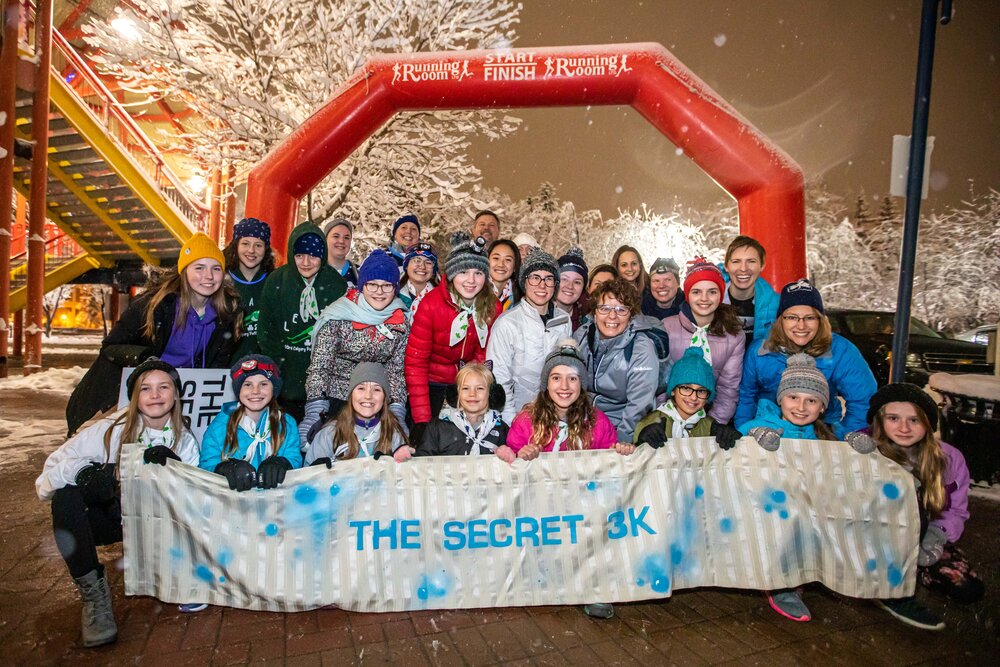 You can find out more about The Secret Marathon on the website, and you can buy tickets for the virtual gala here. To sign up for this year’s Secret 3K, click here.