19-year-old Keely broke the record set by Kelly Holmes in 1995, and won a silver medal, with two othe Team GB runners performing incredibly alongside her

Keely Hodgkinson has had a pretty amazing year. In March she became the European indoor 800m champion, before beating Jemma Reekie and Laura Muir in the Olympic trials in June.

So it should be no surprise that she absolutely stormed the women’s 800m today in Tokyo. Not only did she win a silver medal, but she also set a new British record with a time of 1m 55.88s – breaking Kelly Holmes’ 1995 record of 1m 56.21s.

The shock on her face at the moment she realised her success was incredible to watch. “I’m pretty speechless right now,” Keely said in her post-race interview. “Kelly Holmes is a legend and I’ve always looked up to her. I’ve been speaking to her for the past couple of days and she is a lovely person. I think it’s going to take a couple of days to sink in!” 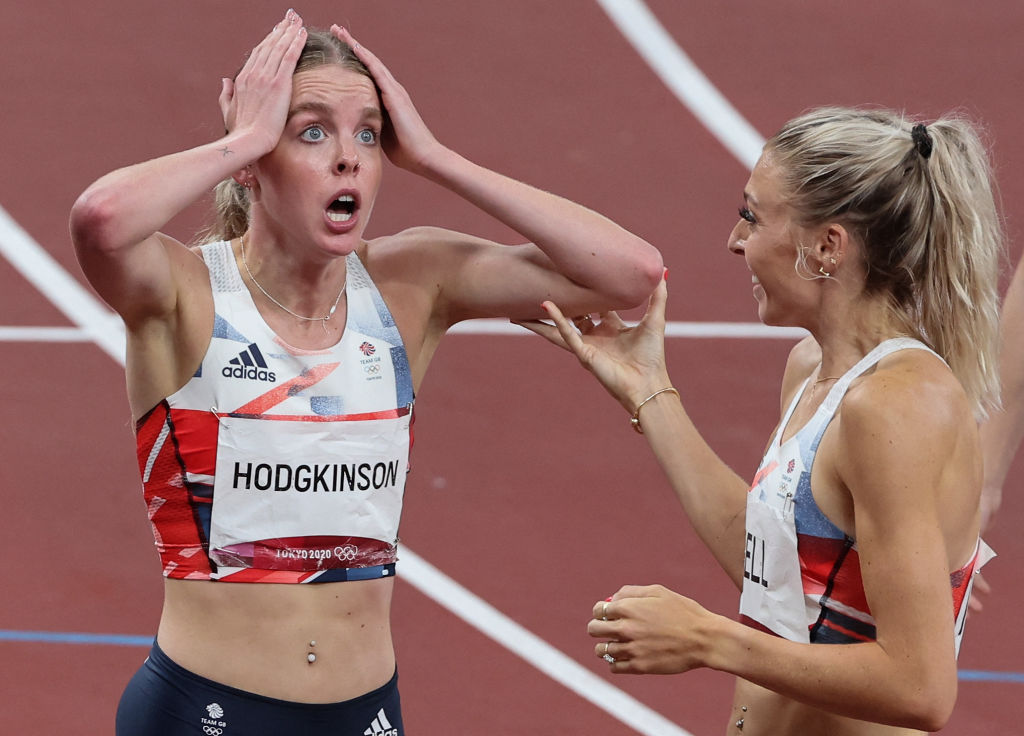 The delay in the Olympics due to COVID-19 was also a blessing in disguise for her. “If they had happened last year, I wouldn’t be here,” she explains. “I had the chance to grow and compete with these girls.”

Keely was one of three Team GB runners in the final, and all three women did amazingly. Jemma Reekie ran a great race and came close to a bronze medal, but was pipped to the post by American Raevyn Rogers by just 0.09s. Alex Bell finished seventh, achieving a personal best of 1m 57.66s. We couldn’t be more proud!