Jasmine's victory is the first athletics gold to be won by Puerto Rico ever, and the country's second-ever medal

While sadly Team GB didn’t make it into the women’s 100m hurdles final, we still loved watching the race to celebrate the incredible achievements of women runners.

And what achievements they were: Jasmine Camacho-Quinn beat the world-record holder, Kendra Harrison, to claim Puerto Rico’s first ever gold medal and athletics, and second-ever gold medal of all-time.

The journey to gold has had its ups and downs for Jasmine. In Rio 2016, she was disqualified during an impressive semi-final attempt after clipping a hurdle, which caused her to knock the next hurdle and then fall. 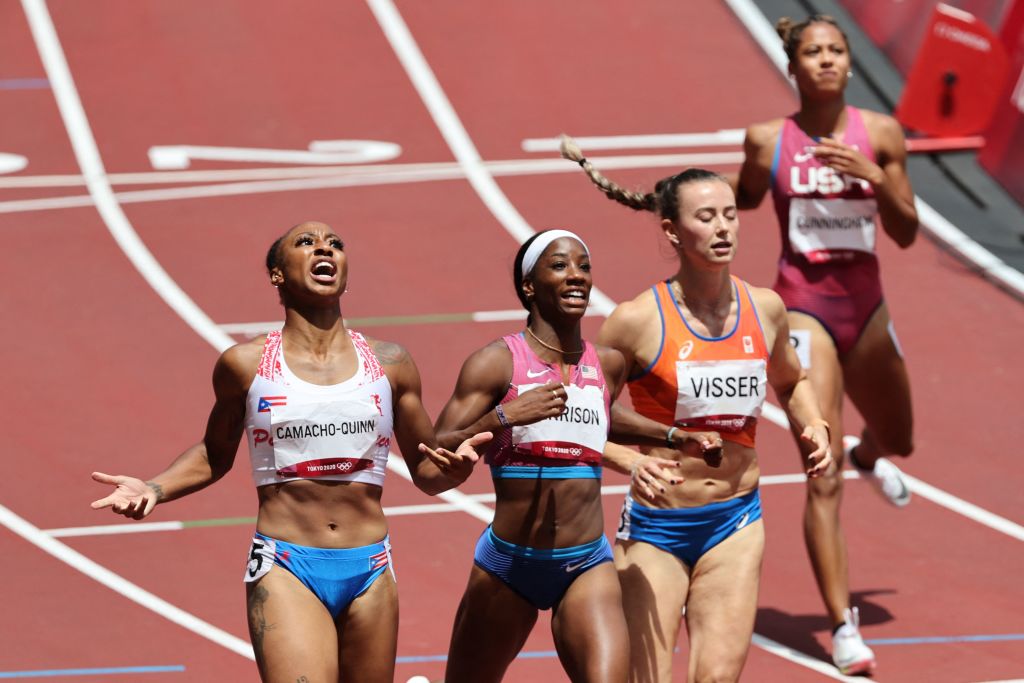 “It’s been a roller coaster, but everything happens for a reason,” says Jasmine. She went on to talk about how much her medal would mean to the people of Puerto Rico. “It’s such a small country – it gives people hope,” she said. “I’m so glad I was the person to do that.”

There was also a feeling of redemption for the silver medalist and world-record holder, Kendra Harrison. Despite setting that record of 12.20 in 2016, she didn’t make the Rio team in the US trials. “I missed out in 2016 so to come here and get a medal for my country, I couldn’t be happier,” she said.