We’re sure that there’s no better feeling than winning and Olympic medal. Let alone two in two days. And then also making history as the most decorated track and field female athlete in the world. And finally overtaking Carl Lewis to to become the most decorated US track athlete ever? Allyson Felix must be on top of the world!

The American athlete has made incredible history for female runners in the past two days. Yesterday’s bronze medal in the 400m marked her tenth Olympic medal, adding to her previous six golds and three silver medals, and making her the most decorated female track and field Olympian ever. It also tied her with Carl Lewis for title of most decorated US track and field athlete. 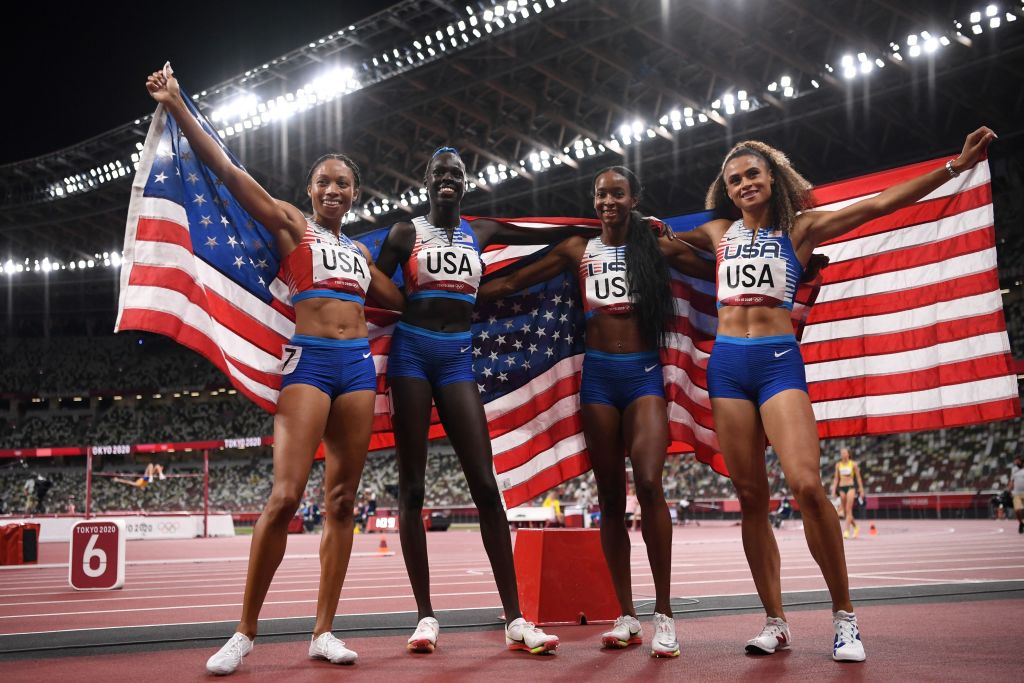 Not one to be satisfied with sharing the glory, the 35-year old set her sights on a further medal today in the 4x400m women’s relay – and she got it, with Team USA winning gold just a few minutes ago. With this being her last games, we can’t think of a better way to end an incredible Olympic career – congratulations, Allyson!

But don’t think that this is the last we’ll hear from Allyson – since the last Olympic games, she’s become a mother and a fierce activist for motherhood equality, especially within sport. She famously took on her then-sponsor, Nike, in 2019 for cutting her pay after having her daughter, and continues to be an advocate for maternal mental health. We can’t wait to see what she does next.