New study reveals the best time for women to exercise

It's an often-asked question: when is the best time to exercise? Now, a study on women has revealed the answer – and, unsurprisingly, it's very different from the advice for men...

We know that lots of studies have been done on the optimal time to exercise – but usually they’ve drawn conclusions based only on male participants. Now, new research has delved into this question by studying both men and women. The results? The best time of day to exercise differs for men and women, and depends on your goals. We wanted to find out more…

The study, which appeared in the journal Frontiers in Physiology, split participants into two groups: morning workouts and evening workouts. The morning group did their exercise before 8:30am, and the evening group between 6pm and 8pm. Throughout the study, participants did a combination of different types of exercise, including strength training, interval sprints, yoga and Pilates and endurance exercise (think long run).

What did the study show? It found that women who worked out in the morning burned more fat than those who exercised in the evening – but only when the exercise intensity was enough to stimulate the fat-burning process in the first place.

“Both women who worked out in the morning and the evening significantly reduced their body fat,” said researchers. “But the magnitude of improvement was significantly greater in AM exercisers for total body fat mass and abdominal fat percentage.” 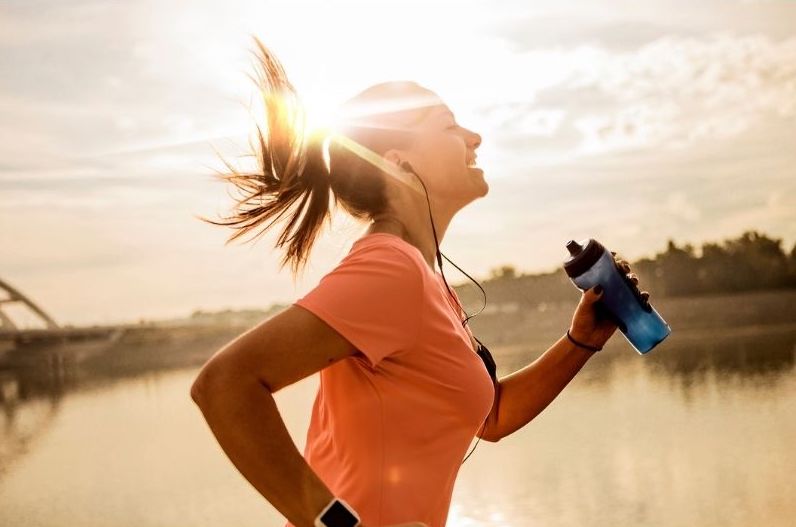 It’s also important to note that while their body composition changed, neither morning nor evening female exercisers lost weight during the study.

Will running help me lose weight?

Body fat reduction wasn’t the only benefit for the morning group – the study also found that the women who worked out first thing reduced their blood pressure more than the women who exercised at night.

So, are we to sack off all workouts after 8:30am from now on? Not so fast! Researchers noted that women who did their workouts at night enjoyed improved strength and power gains, particularly in the upper body.

Ultimately, your personal best time to exercise will depend on your goals, your energy levels and your other commitments. It’s definitely not worth losing sleep over your exercise schedule if it doesn’t quite fit! 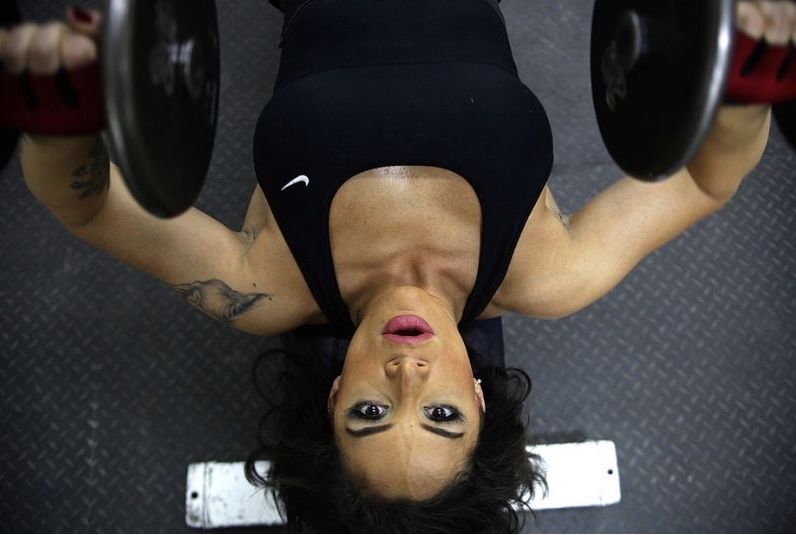 What about the men? The male participants found very little variation between morning and evening exercise in terms of fat loss and strength. Why? The study wasn’t in-depth enough to provide specific answers, but we know that this is likely due to the hormonal differences between men and women.

For us, this is key. A lot of advice within the fitness industry is based on really great studies. But, as we mentioned, there are usually no female participants. This isn’t just rampant sexism – although it definitely feels as though this should have been addressed long before now. Those aforementioned hormonal differences can be hard to measure accurately, which can then skew data or render the study invalid.

But this doesn’t mean that we should never include women in this kind of research. This study might have been relatively small, but we hope it sets an example for further fitness studies.