Having never been on a road bike until two-and-a-half years ago, Lucy's win was an outstanding achievement that is only the beginning of her triathlon career. We find out how she got here – and what's next

If you know about triathlons, you’ll know about the Ironman 70.3 World Championship. If you don’t, no worries: it’s the most important and competitive event in the triathlon calendar. It combines a 3.8KM swim, a 180KM bike ride and a 42.2KM coastal marathon into one gruelling race.

And in this year’s competition, Brit Lucy Charles-Barclay dominated the race, backed up by fellow GB athletes Kat Matthews and Emma Pallant-Browne in the top five.

Lucy has an incredible story. After an athletic childhood, she picked swimming as her sport to compete in, setting her sights on the 2012 Olympics. Unfortunately, her dream never became reality: she just missed out during qualifiers, with the last spot going to another athlete.

Taking a break from the intense training that comes with Olympic goals, she decided to sign up for an Ironman on a whim, despite having never even been on a road bike before. “I just wanted to enjoy sport again,” she remembers. “My friends and family thought I was crazy!” 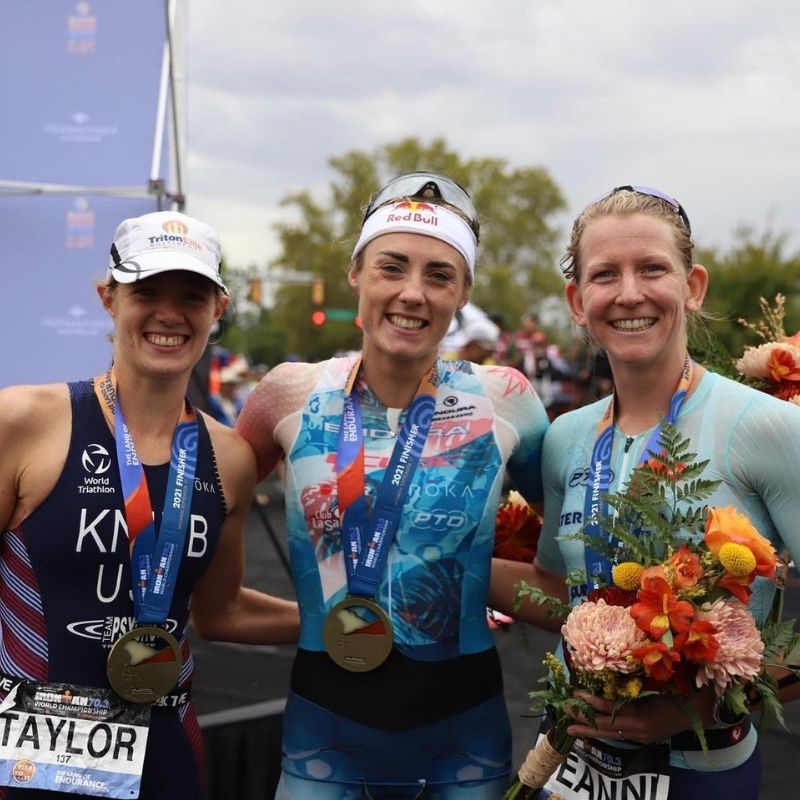 And maybe she was; but it paid off. Just two and a half years later, after an amazing training effort, she crossed the finish line in Hawaii as the Ironman World Champion. Even more impressive: she posted the fastest splits in all three parts of the race (which is very unusual for triathletes, who usually have one much stronger discipline), and had an 8-minute lead on the other competitors.

And that Olympic dream? It’s looking more achievable than ever. “That burning desire to go to the Olympics is still there,” she says. “I believe I could win the Olympics gold medal – I want to be an amazing athlete. But I also just want to be a nice person and someone who will inspire others.” We think you might have already achieved that, Lucy!