Tributes have been pouring in for Agnes Tirop, the Kenyan Olympic athlete who broke the women’s 10KM road race world record last month.

She was sadly found dead at her home in Iten, Kenya, yesterday, with stab wounds. A criminal investigation has been launched by police, and her husband is currently a suspect following his disappearance.

Tributes have been pouring in for the young runner. “Kenya has lost a jewel who was one of the fastest-rising athletics giants on the international stage, thanks to her eye-catching performance on the track,” said Kenya’s athletics body in a statement.

World Athletics president Sebastian Coe described her as one of Athletics’ brightest young stars. “This is a terrible blow to the entire athletics community, but especially to her family, her friends and Athletics Kenya. I send them all our most heartfelt condolences.”

We echo Sebastian’s words; we so enjoyed following Agnes Tirop’s career and watching her races at the Olympics this year. Our thoughts are with her family and friends, and anyone who has been inspired by this incredible runner. 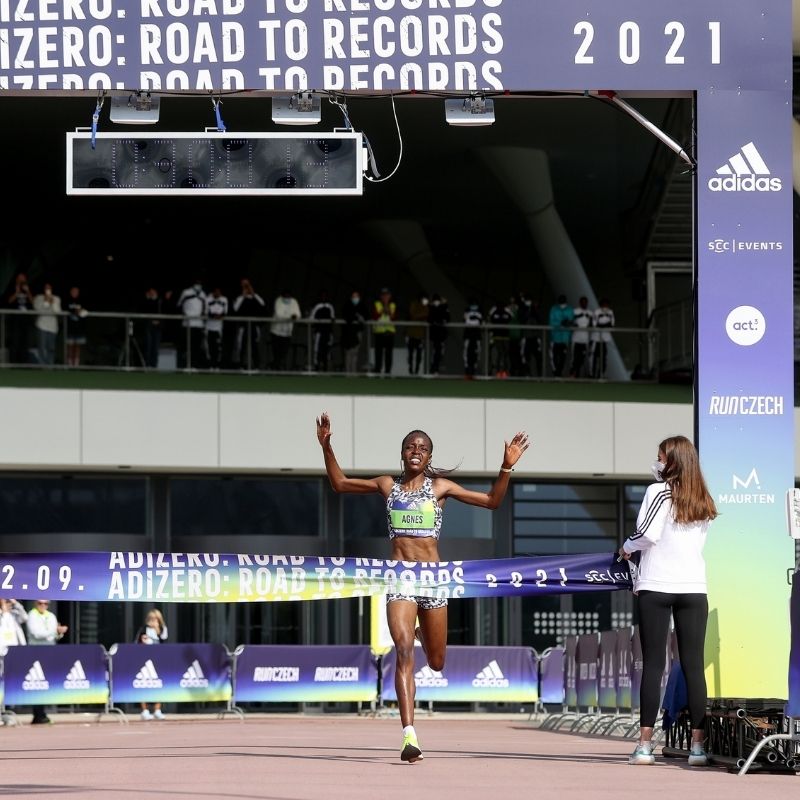