Runner, coach and long-time friend to the Women’s Running team, Damian Hall, has set a new record time for the 185-mile Wainwright’s Coast to Coast route.

The inov-8 athlete ran from St Bees on the Irish Sea coastline to Robin Hood’s Bay on the shores of the North Sea in just 39 hours and 18 minutes, beating the previous 30-year-old record by 18 minutes.

As part of his ongoing campaign to tackle climate change, 45-year-old Damian picked up litter along the way and ensured that his expedition was carbon negative. He has been living a carbon negative lifestyle, as certified by Our Carbon, for the last year. He has also been using his running to raise money for environmental charity Greenpeace.

The 45-year-old battled sleep deprivation, heavy rain and boggy underfoot conditions along the route, which includes 28,000ft of ascent – almost the equivalent height of Mount Everest.

Damian, the holder of multiple ultramarathon records, said: “I hiked the Coast to Coast in 2007, but I don’t remember it being as tough as it was this time around! Of all my record attempts this one proved to be the most difficult and the one which forced me to dig the deepest.

“Mike’s record [referring to Mike Hartley, previous record holder] was so brilliantly fast that I had to give it absolutely everything I had – and then some more – to beat it. That meant me running faster than I would normally do for such a long distance.

“I started aggressively and felt good throughout the first day. I got myself about 2 hours ahead of schedule and felt buoyed after receiving support from Mike [Hartley] at Shap. During the night, however, I began to suffer a bit with tiredness and a few stomach issues.

“The second day saw the heavens open and it became really tough going. I had some wobbles in the last few hours and my fuelling went awry. Tendonitis in my calf didn’t help either and by the end I was shuffling my way towards the sea.”

The dad-of-two from Wiltshire, who is an ultramarathon coach, author and freelance journalist added: “There’s no way I would have broken the record without the support of my team who went above and beyond to feed, water, pace and encourage me throughout – thank you! They also helped collect rubbish along the way and we filled one bin bag.” 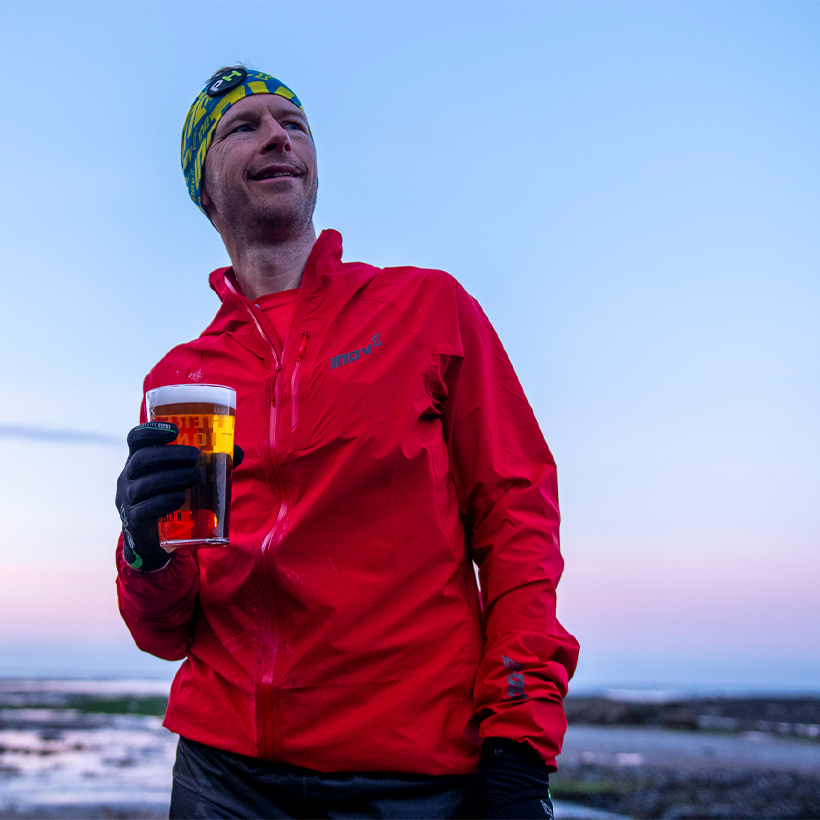