In case you missed it, last week Dame Kelly Holmes publicly came out as being gay. Normally, we wouldn’t be reporting on this. As far as we’re concerned, sexuality has no bearing on who someone is as a person or a runner. But what is incredibly news-worthy about this situation are Kelly’s experiences before she came out.

In the last week, she has been sharing frank and honest accounts of her life up until her decision to come out, talking about mental health, societal pressures and the fear of judgement – and even prosecution. They are important stories to talk about, as they will likely be shared by many others who went through, or who are going through, similar experiences.

She says that she first realised she was gay as a 17-year-old soldier. At the time, homosexuality was banned in the British Army, and she felt forced to keep silent on the matter. With good reason, too – she recalls her barracks once being raided for proof of same-sex relationships, for which the punishment was prosecution.

“They pulled everything out of your cupboard, turned out the beds and drawers, read letters – everything. They were trying to catch us out, so we could be arrested, court-martialled and potentially go to jail. It was humiliating and degrading. It feels so disrespectful when you’re serving your country and you’re doing a good job. You feel violated. Those moments stuck with me. I didn’t want to lose my job; I loved it. But I felt the law was wrong.”

This experience has clearly had a long-lasting effect on Kelly. Last week, she spoke of the worry that coming out now would get her into trouble, years after the fact. It was only a phone call to a trusted military LGBTQ+ leader that allowed her to feel able to finally open up. “I was gobsmacked at how the military has changed,” she said. “Now, it’s homophobia that’s punished.” 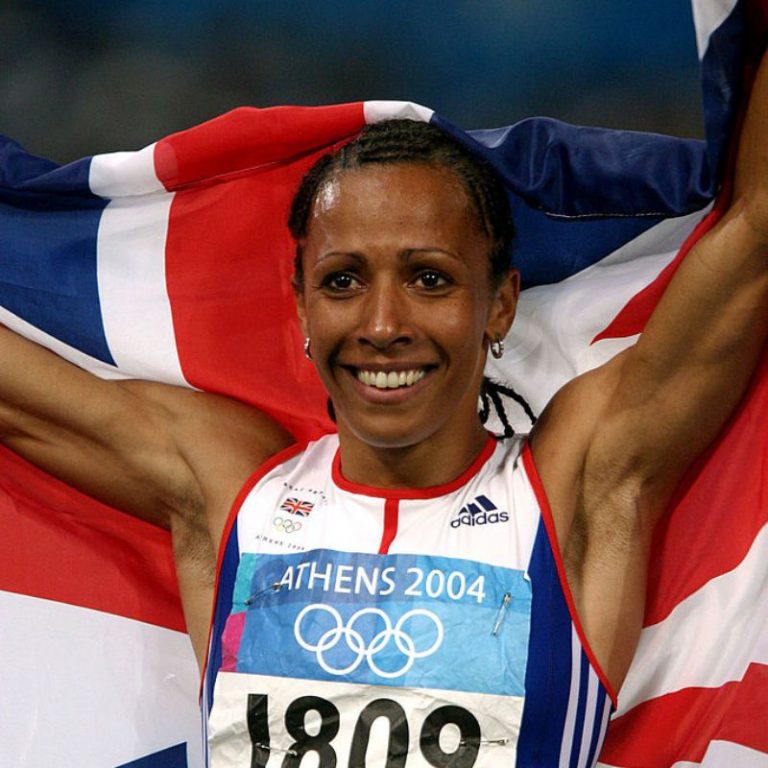 Kelly left the army in 1997 to pursue her full time career in athletics. At the same time, she came out to her family, who were supportive. Yet she still felt unable to be honest about her sexuality within the world of sport. “When I became an international world-class athlete, in my era, no one spoke about being gay,” she says. Pushing herself physically became a coping mechanism. However, after a series of injuries ahead of the World Championships in 2003, the strain of keeping part of her life a secret took its toll.

“I cut myself on the arms and legs because I felt I had no control over myself,” she shares. “It was a release. Yet at the same time I had this pull to succeed, thinking that if I won gold, it would all be OK.” Even after this, Kelly still felt unable to get help. “I couldn’t go to a counsellor because I thought they would tell someone if I told them I was gay,” she explains. “I was worried that I would be pulled from Team GB.”

And so she continued in the same way, all the way through her success at Athens 2004. “It was lonely. I felt stuck in this world where I can’t talk to someone. As a mental health advocate I say you have to talk – yet I wasn’t doing it myself.”

After almost 20 years of mental health breakdowns, suicidal thoughts and the loss of her mother, Kelly decided that it was time to share her story. A Covid scare was the final trigger. She says it made her realise that it was time to show the world exactly who she was. In January, she started working on her documentary, Being Me, which aired last Sunday on ITV. In interviews last week, she spoke of how happy she was that she could finally be herself publicly – and share her story on her own terms.

“The documentary was a way of me articulating the fear I’ve had for so many years,” she said, “It’s allowing me to have a platform to hopefully educate and inform people of the complexities of being gay.” We couldn’t support this more, Kelly.