As part of their 'Sheroes' campaign, Mattel have released a Barbie doll in Dina Asher-Smith's likeness

Four-time European champion sprinter and fastest woman in British history Dina Asher-Smith has been made into a one-of-a-kind Barbie doll by toy giant Mattel.

The Team GB runner told Instagram that she “screamed, jumped up and down and ran around [the] house” when she was told that a Barbie would be created in her likeness as part of their recent ‘Sheroes’ campaign.

The campaign aims to close the Dream Gap which, research shows, is when young girls develop the belief that they’re not as capable as boys, usually around the age of five. Barbie developed The Dream Gap Project in 2018 to help tackle this imbalance by providing support and resources worldwide to girls who need it.

At just 24, Asher-Smith is the 2019 World Champion at 200 metres. She has an Olympic bronze medal and multiple Commonwealth and European championship golds. Her doll, along with those of fellow ‘Sheroes’ French football captain Amandine Henry, world Paralympic swimming champion Sumeyye Boyaci and European junior surfing champion Teresa Bonvalot, will likely help young girls to feel represented and empowered to achieve in sport. 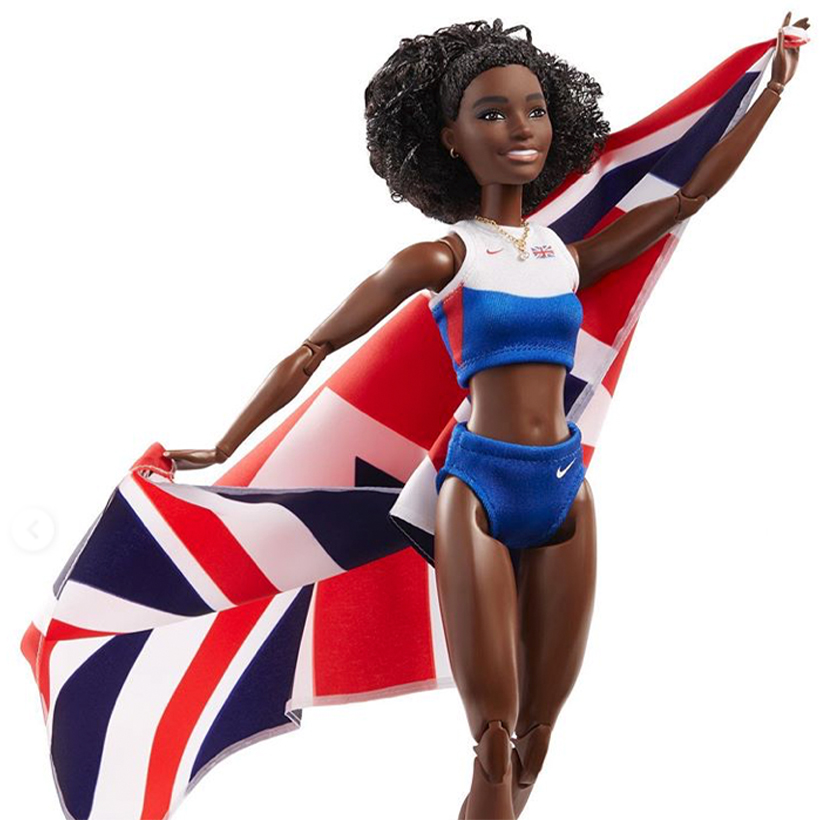 “When I was growing up there [weren’t] many dolls that looked like me full stop,” said the British world champion sprinter, “let alone one that represented what I wanted to be.” She praised the exact likeness that Barbie managed to achieve, from “skin tone to hair texture, muscle tone to strong brows” and how they’d even managed to include replica jewellery.

“This may seem quite small, but positively showcasing accurate images of sportswomen is so important,” she explained. “It has the potential to shape young people’s perceptions of us, sport and, as a result, themselves and their own futures.”

Lisa McKnight, senior vice-president of Barbie and global head of dolls for Mattel, said: “As the original girl empowerment brand, Barbie is dedicated to shining a spotlight on powerful, diverse role models to inspire the limitless potential in every girl.”