Shareefa Interview: 'You have to be bold, you have to be fearless: we all have to demand change' | Women's Running 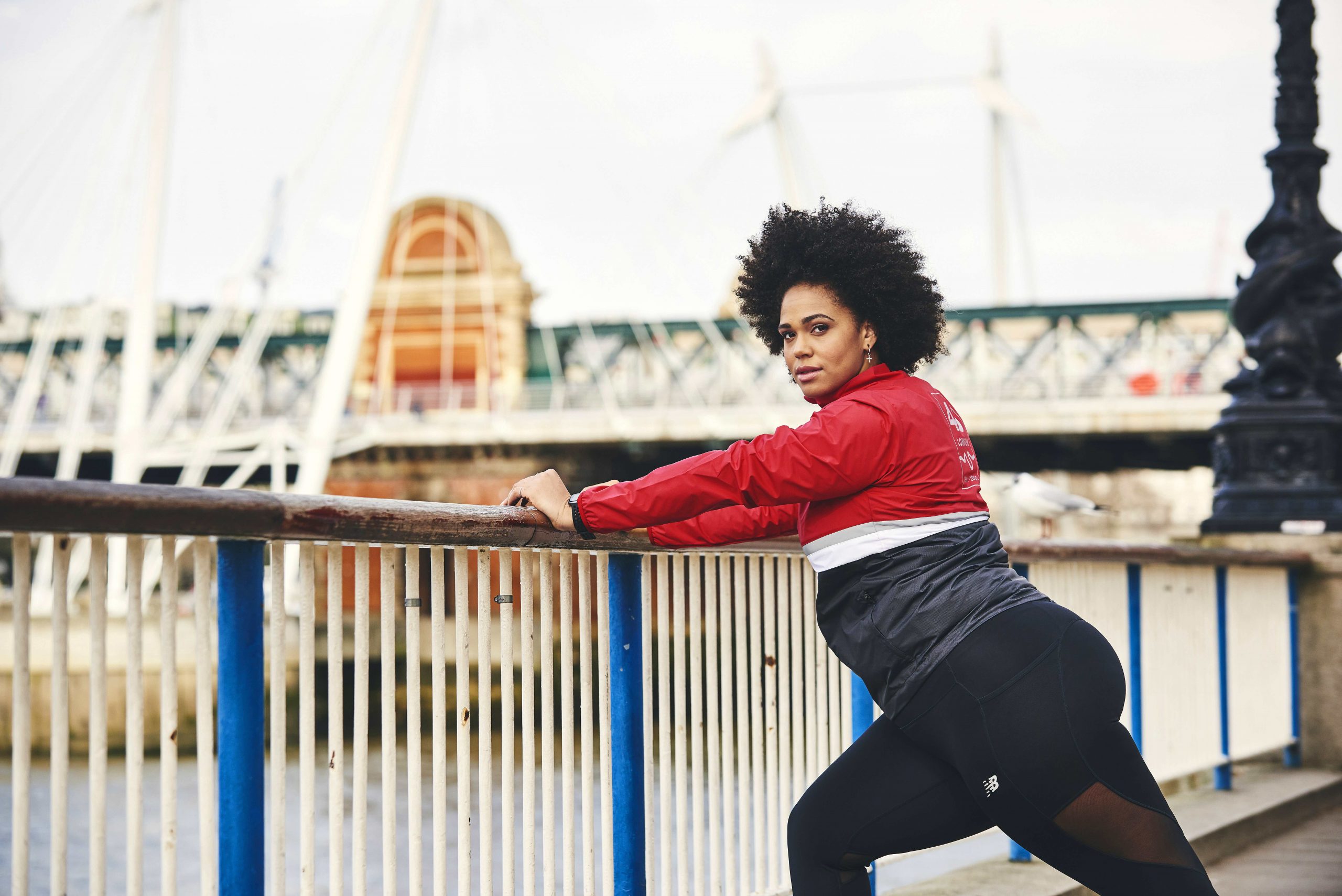 What has this past week been like for you?

I think the reason why this is so hard, is that I have felt this sense of not being included in everything since the first day l can remember. I remember saying thank you [after the Women’s Running cover shoot] for using me as a cover model. For my whole career I’ve never belonged on the front of a magazine cos I’m Afro-Caribbean and I have Afro hair. It’s always been a conditional with my modelling. Whereas you loved that I was curvy, and that I had natural hair, but lots of magazines don’t do that.

When I see other magazines, you flick through and there are no ethnic minorities . Every cover, every article – you might find someone at the back, but that’s it. And it’s actually really painful to find you’re not included. 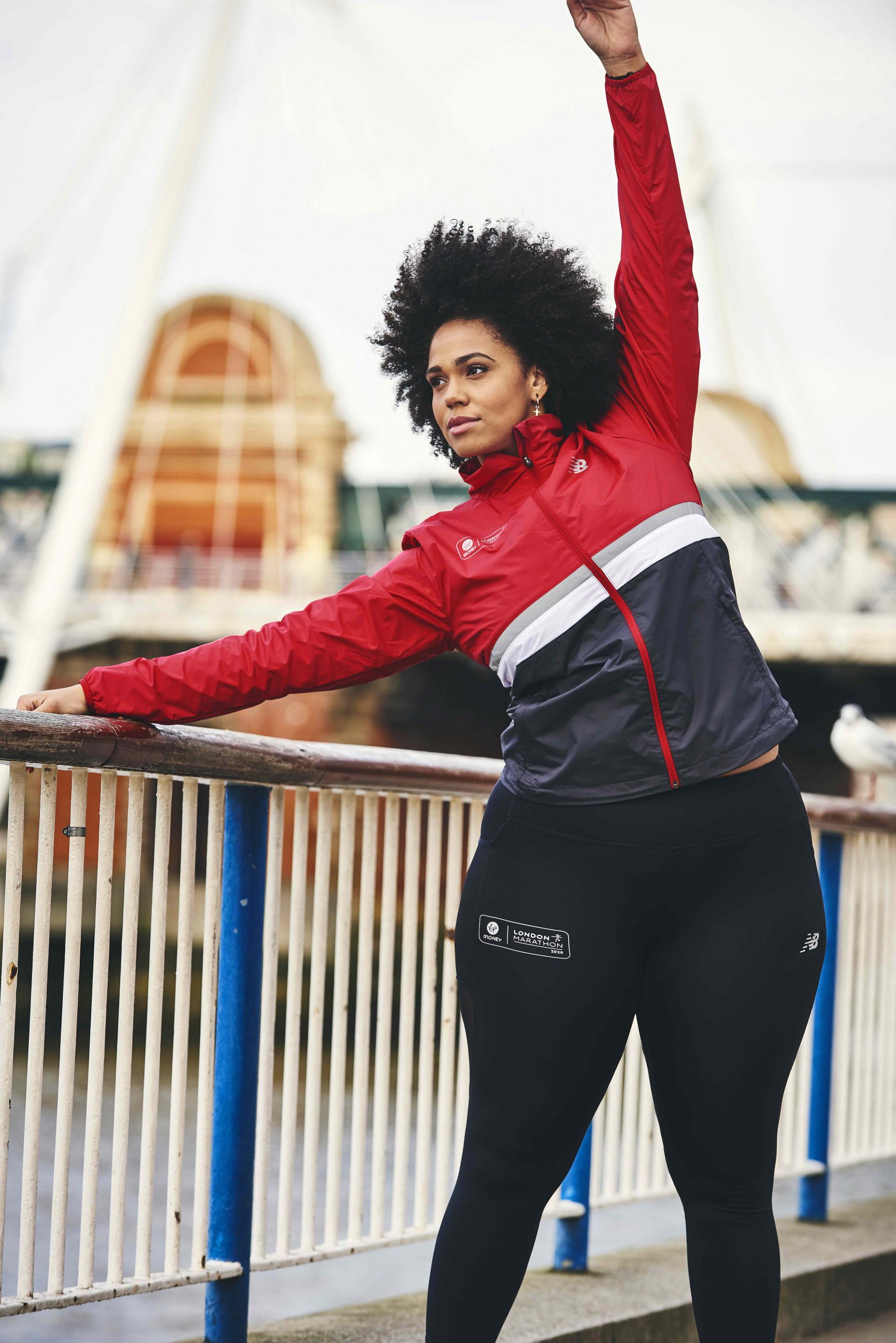 What can we do?

Just because you’re white, that doesn’t mean you don’t have a voice; we all have a licence to talk about race. The whole reason this is so uncomfortable is that people don’t want to broach the topic. I think it’s really important that everyone talks about it. The more conversations that we have, the better, and we will be able to move forward much faster. I think this time has created this space for us. I’ve never seen this before. People have never taken an interest much before; we’ve had to fight for attention, but now people are coming to us.

Less than a year ago, a very large retail brand told me they wouldn’t work with me unless I wore a straight wig. I really want to expose people like this for their discrimination. And that’s what we’ve been trying to do on our diversity platform, shine4diversity, which I co-founded with Mahalia Handley (@mahaliafromaustralia) – www.shine4diversity.com –  but people haven’t wanted to pay attention to it. There’s only so much you can say.

Freddie Harrel has done so much activisim when it comes to racial and hair equality, but it falls on deaf ears. While the body positivity movement gets masses of attention, there has never been the same sort of support for racial equality, despite Freddie having a huge following. 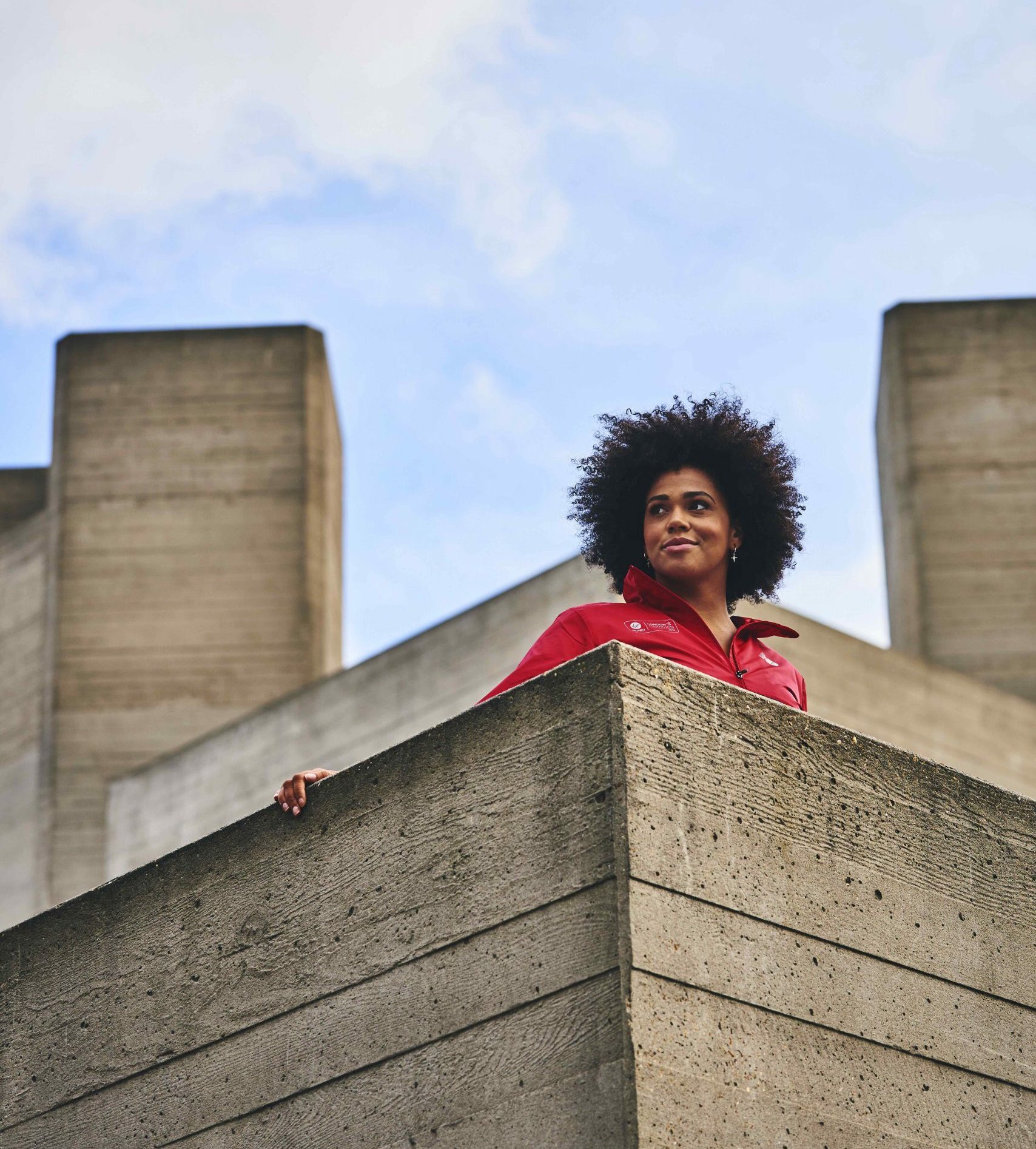 What was your experience of Blackout Tuesday?

Blackout Tuesday was controversial as some people were saying that instead of creating space for people to listen it was silencing black people’s voices. But for me, I felt an overwhelming sense of solidarity and support and genuine love and care from a lot of my followers online and lot of my friends. Lots of people I know who posted that black square messaged me personally afterwards to talk to me about race and their experiences. I grew up as the only black girl in my school. I have physical scars from being attacked, and had traumatic experiences regarding race.

The black square, for me, I found it powerful. With some people, I did think, are they just doing it for the Gram? Or are they just finally seeing the rage, the hurt? Seeing black people on the BBC, seeing black men break down in tears about what’s happening right now. It feels like a pivotal time, seeing these black men – with the highest unemployment, highest incarceration rates and lowest earning. When your country and your culture isn’t an ally to you, you’re fighting against the tide. Black people have to work twice as hard.

Is that your experience too?

I spent years with (white) girls stepping over me, getting the jobs first. My success has only been the last three years, since it’s been trendy to book black girls. I only got rare things, and they’d want me to change my hair, and they lightened my images. The only way to get work was to conform. The whole front of my hairline fell out because of the tight braids I had to wear under the wigs. I was constantly told that I couldn’t do jobs because I didn’t look ethnically ambiguous enough to sell the product, that essentially I would have to make myself more valuable, more white, to sell the product: that was the narrative of my modelling until I moved to Australia.

What has your experience been like as a black runner?

You have groups like Run Dem Crew, trying to bring more black faces into that space, which is great – but I do feel that for me it starts with the brands. It starts with the representation of fitness clothing in general, and it starts with the prices of it as well. Marathon training requires a lot of kit – it’s expensive. A decent pair of running trainers for a marathon costs at least £100. Then you need a physio and sports massage, there’s the gym membership… I think when it comes to parkrun, it’s more accessible, but when it comes to marathons and half marathons, it isn’t. In terms of being represented in that space, I don’t think running magazines have typically shown people like me, so that’s why there was so much good feedback on my cover. There’s an overwhelming feeling that this isn’t for you. Things are so out of reach – which I think comes down to money and that comes down to the pay gap.

Representation is key. As Beyoncé famously said, “you can’t be what you can’t see”. It was the best quote in terms of racial inclusion. If you don’t see things represented in the media, you don’t think to yourself, “I could do that”. We only find black faces in certain spaces – the music industry, the entertainment industry. We’ll have your blackness there, but find me a black person in the Houses of Parliament, or where decisions are made, or on the News. positive representation of black people outside of the usual spaces. Why can’t I think of black influencers off the top of my head? I know white influencers’ names in the fitness space, but not black people’s. 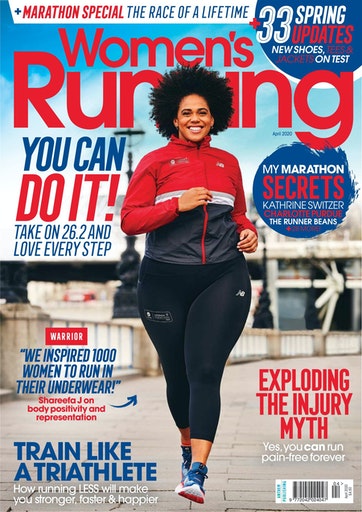 What can the industry do?

I’m aware of tokenism, and I myself am the token in many situations. But at least I’m able to create space and represent. I’d rather be included. But I wish I could be included because someone says, “wow she looks good; I like what she’s doing”. I understand the need to be representative, but at the same time if brands and companies just made an effort to connect with more black voices and communities, they’d find they didn’t need to just pick one. If PR companies actually started chatting to black influencers more, they wouldn’t feel the need to just pick one, they would pick who was right at the time.

I’ve always found it bizarre that people can’t see – they can’t see that every magazine cover bar one has a white person on the cover, and that is a narrative through the whole magazine. I think it’s very important that people who make decisions take a step back and look at their magazines with fresh eyes and say, hold on a second. Imagine changing all the white faces to black faces, and notice how that would feel; to not see yourself in there. Look at this not from your position, look at it as if you were an alien: “this is a strange world, why is everyone the same colour?” Look in a different way. If we all do that and reflect, people will notice.

If you pay attention, watch movies, see how many people of colour you see, count how many MPS there are. Once you start noticing, you can’t unsee it. I think it’s about questioning everything in your life so far. Is that actually fair? is that equal? Even if it means writing down how many times you see a black person represented in tv, film, magazines or in the media. Be more critical. You have to be bold, you have to be fearless. I believe that equality is fair, go to your employer and tell them that they’re not diverse. Question things and implement things. We all have to demand change from brands, from our government, from our workplaces.

What we can’t do is go backwards, we can’t ignore it anymore, it’s gone on too long. People are hurt. Everyone’s just really sad that we’ve let this go on so long. I think listening, reading and education is also really important, and taking inspiration from other media that is doing it better. And calling out people who aren’t doing the right thing. Social media is our superpower that we never had before. Right now every single person can make a change by sharing, and by talking. Everyone can make the change.