Sabrina Verjee is third fastest person to run the Wainwrights Round 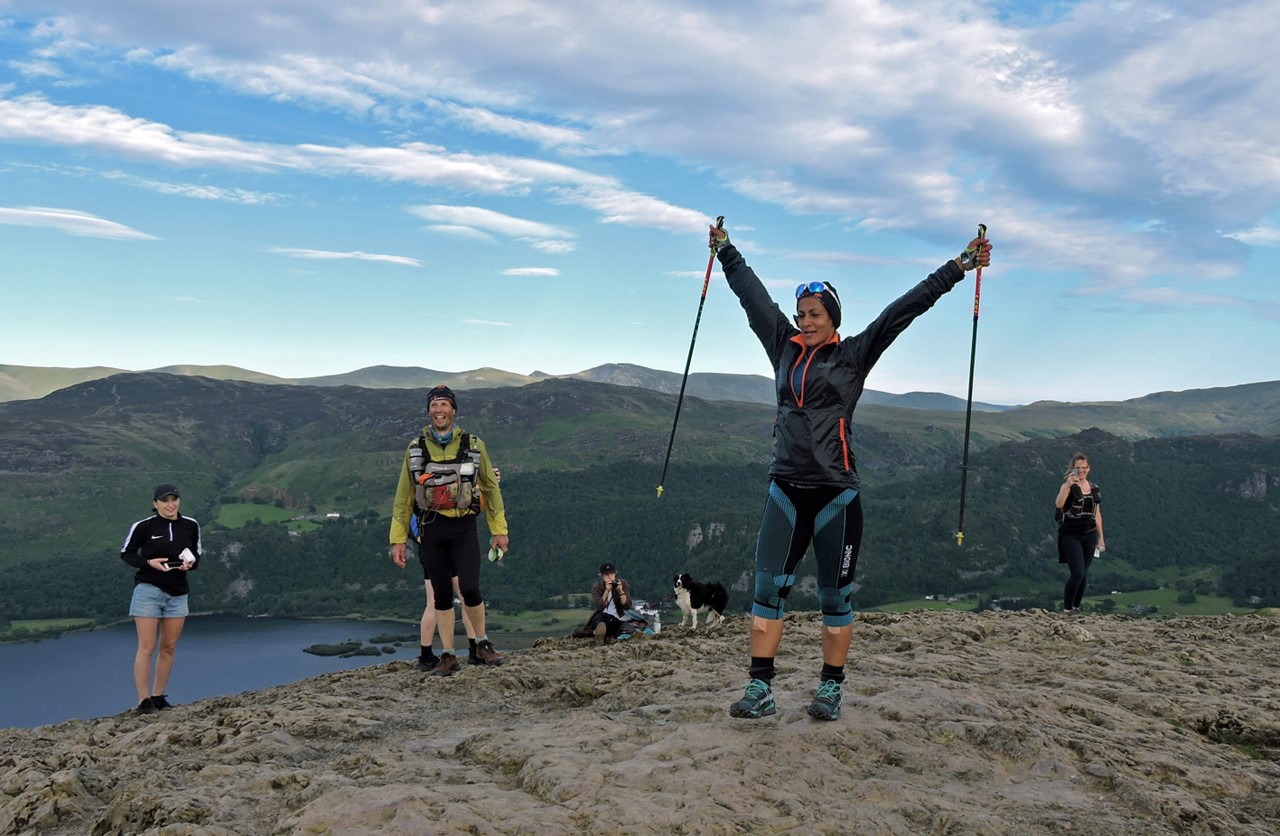 A veterinary surgeon has become the first female to run a continuous round of all 214 of Alfred Wainwright’s Lake District peaks.

Sabrina Verjee is thought to be only the fifth person to achieve the non-stop Wainwrights Round.

The 39-year-old’s time of six days, 17 hours and 51 minutes is the third fastest ever recorded.

Wainwright created his list of Lake District hills as he wrote a series of seven books known as “A Pictorial Guide to the Lakeland Fells”. The summits include well-known mountains such as Scafell Pike, Helvellyn and Skiddaw. 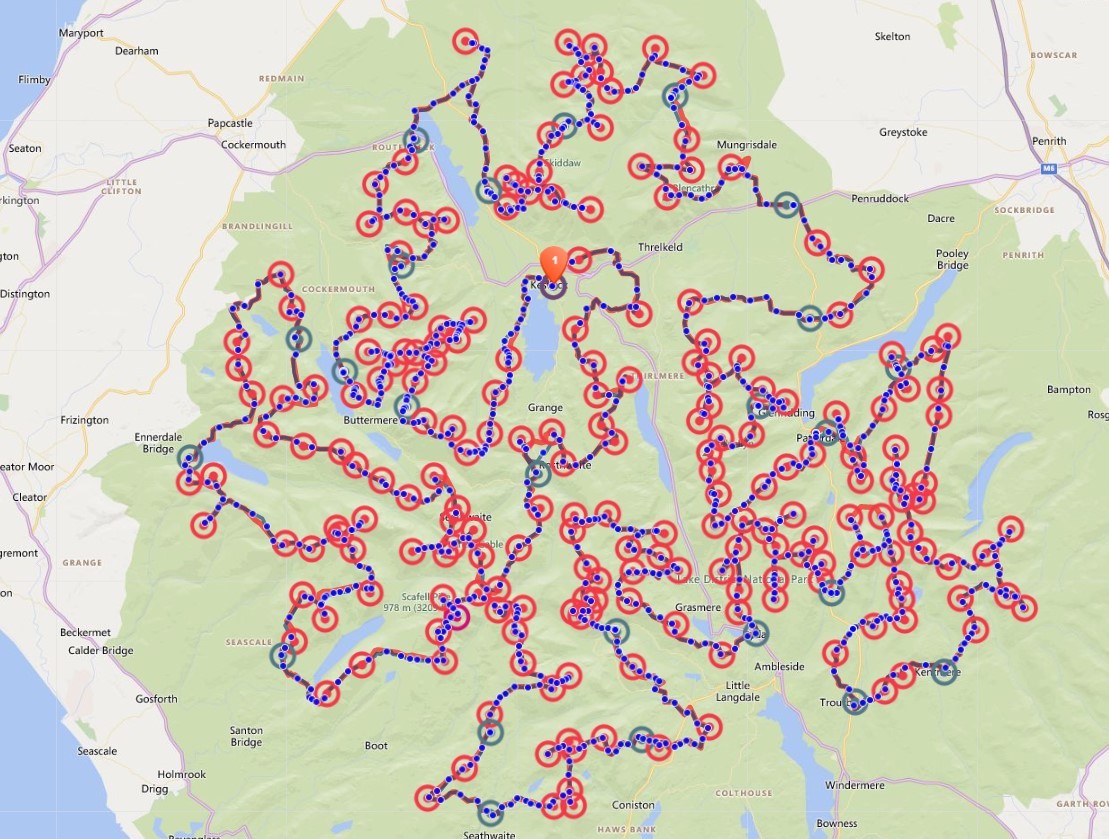 After finishing the epic challenge on Sunday July 12 in Keswick, Sabrina, of Ambleside, said: “I’m so happy to have completed my round and more than a little relieved.”

Her husband Ben Turner, also an accomplished runner, said: “I am incredibly proud of her.”

The first recorded continuous round of the Wainwrights was completed by Alan Heaton in 1985, in nine days and 16 hours.

That stood for 27 years, until Steve Birkinshaw knocked almost 12 hours off the time in 2014, when he completed his run in six days and 13 hours.

Starting at 3am on Monday July 6, it had been Sabrina’s goal to beat Paul’s time and while she had been on course to do so, later in her challenge she picked up a knee injury. She slept for only a total of four hours in the first five days. 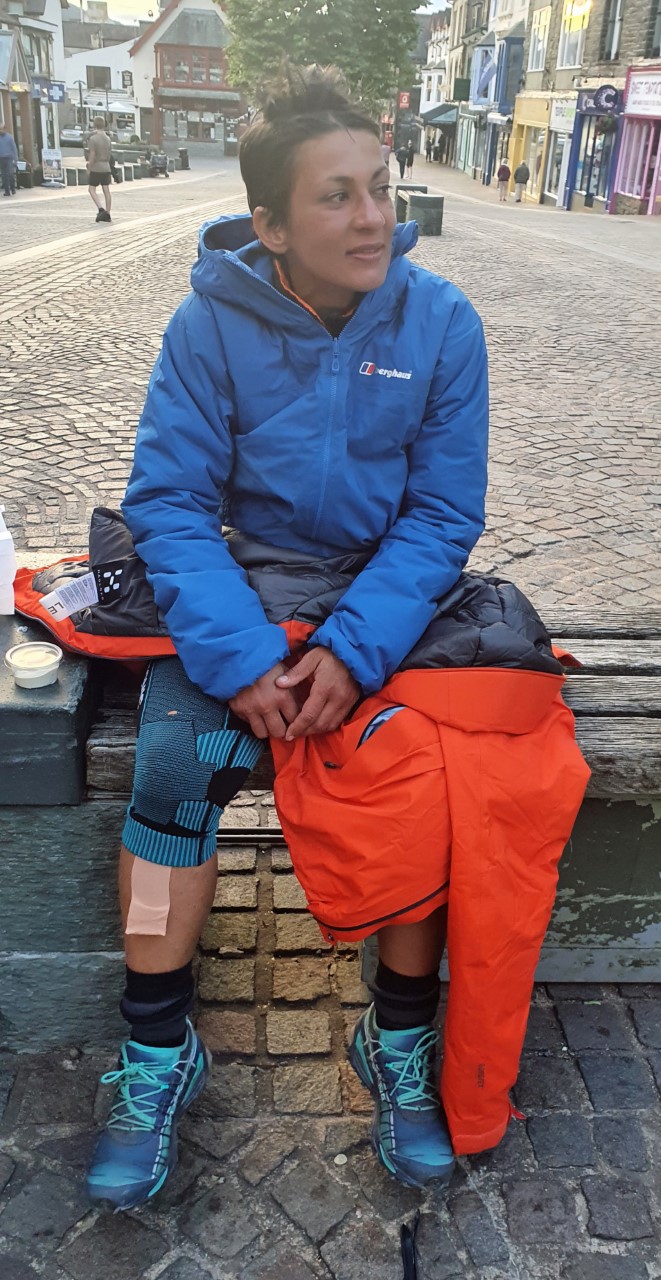 Coronavirus brought an additional element to the challenge with respect to the support team and logistics. Unlike her predecessors, Sabrina had minimal support and was only able to use local runners for pacing while also adhering to social distancing guidelines.

On day five, she was delighted when Tierney and Birkinshaw turned up to run with her.

Sabrina finally finished where she start at Keswick’s now famous Moot Hall almost 12 hours outside her hoped-for goal. She looked delighted to be greeted by Birkinshaw and also Naylor.

She said: “My right knee wasn’t happy for the last couple of days, so the final sections were very tough, especially as the fatigue really started to kick in.

“Also, I would have loved to have invited more people to be part of the adventure, but in the current climate that wouldn’t have been responsible. However, my small team shared loads of messages of encouragement with me, which were a big boost. 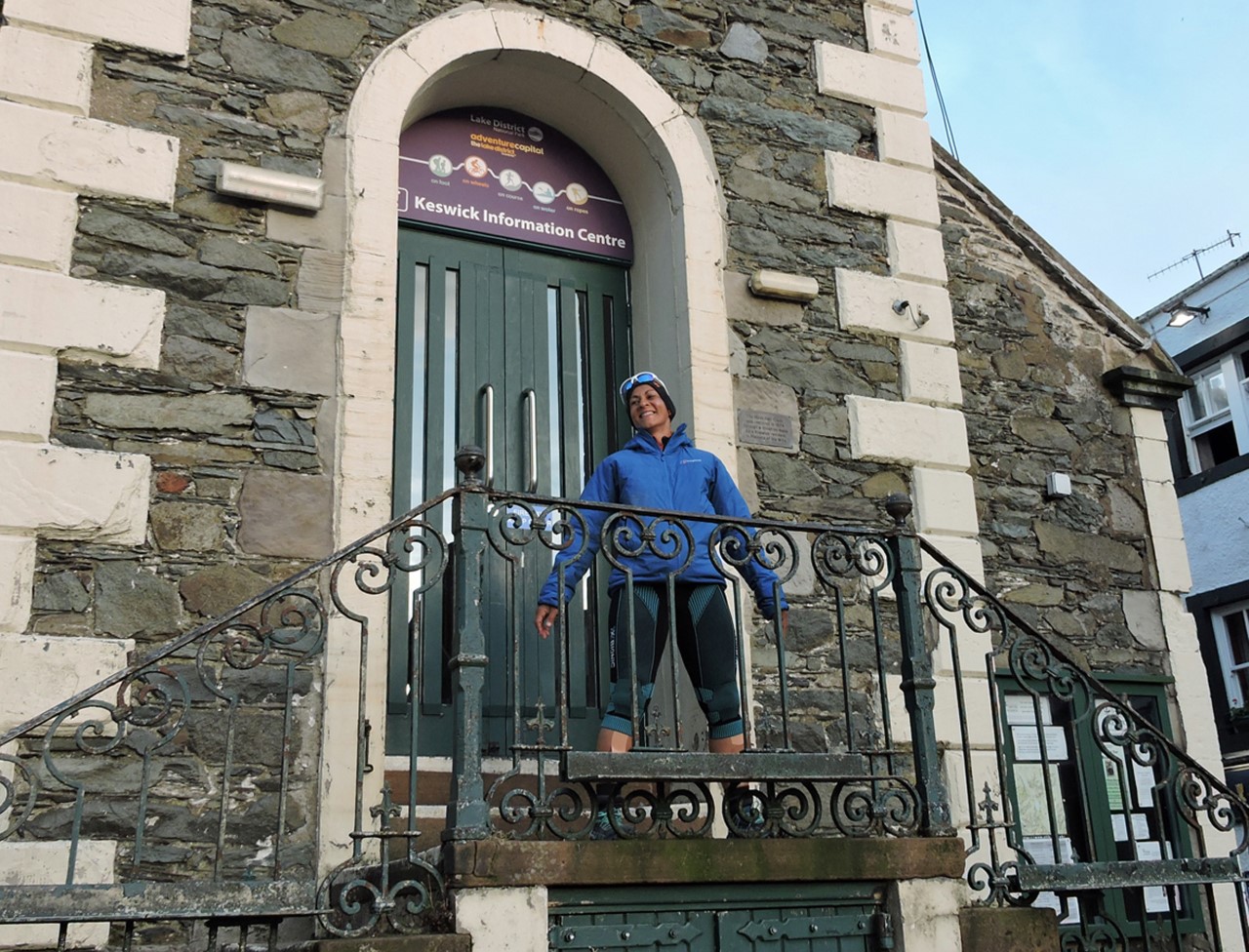 “I’m so grateful to everyone who supported me during the round and it was very special to be joined by Steve and Paul, and then to see Joss at the finish.

“That says everything you need to know about the incredible camaraderie that there is in the endurance running community.

“I look forward to repaying that support during future attempts on the Wainwrights, but for now, I think that I’ll rest up for a while.”

Naylor praised Sabrina’s achievement. He said: “Sabrina has done something very special and set a tough target for other ladies to aim for.

“What she’s achieved will inspire others to have a go, but it’s a mark that could stand for many years.”

An experienced ultra runner, Sabrina has previously shown her strength in many gruelling races.

Last year she was the first female in the 431km (268 mile) Montane Spine Race along the Pennine Way.

She has also completed the five-day Berghaus Dragon’s Back Race in Wales on three occasions, finishing second place in the women’s race in 2017 and 2019.