Katie Piper: "Running empowered me to realise that I can do things alone" | Women's Running

Katie Piper: “Running empowered me to realise that I can do things alone”

Katie Piper is a writer, activist, television presenter and model. She entered the public eye in 2009 in the Channel 4 Cutting Edge programme called Katie: My Beautiful Face, which documented her experience as the victim of an acid attack that left her needing pioneering surgery to restore her face and vision. She’s a mum of two young girls, and juggles motherhood with a busy role as a TV presenter and founder of the Katie Piper Foundation, a charity which works towards a world where scars don’t limit a person’s function, social inclusion or sense of well-being.

Katie talks to us about how running helped give her a level head after the devastating attack and how it’s helped build her self confidence over the past decade.

There are so many reasons to start running but for Katie it was loneliness in the evenings that pushed her into it. She explains, “Ten years ago I was living in a flat on my own and it was quite isolating. I wanted to get healthy but I didn’t really have the confidence to do a team sport thing at the time so I thought I’ll step out the door and try it, and if it goes wrong no-one will know!”

That’s the thing about running. It can be such a perfect low-pressure option for people who aren’t con dent enough to ‘go public’ with their exercise. Even though you go outside to do it, there’s an anonymity about running in the early mornings or dark evenings, or putting on a cap and shades and keeping the paparazzi of your life at bay.

But for Katie there was much more to think about when she started running.

Because of the injuries she sustained to her respiratory system during the attack in 2008, the doctors said she should only do light exercise and nothing too taxing. She explains: “I have a shadow on my lung, my oesophagus has a stent in, and my nose has been rebuilt with cartilage from my rib meaning that it’s quite restrictive and narrow in there.” In terms of running, this means that Katie can only really breathe through her mouth which makes it all a bit harder. And in addition to this, the areas where you have had skin grafted lose the ability to sweat so it’s harder to regulate your body temperature when exercising. 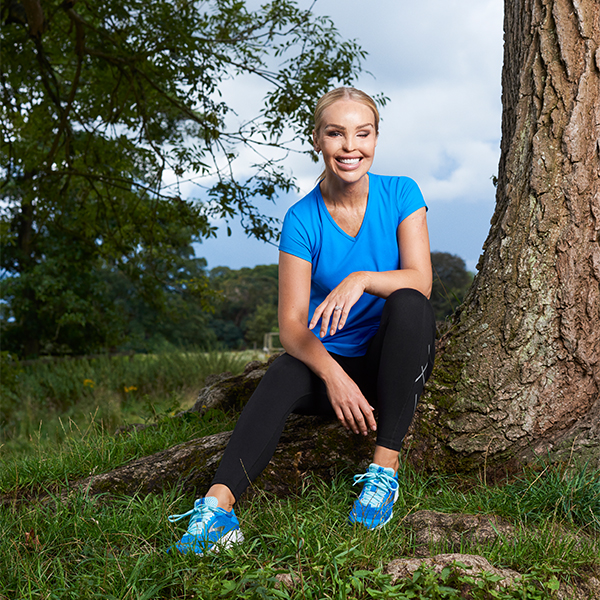 This didn’t deter her. “I have spent years being told what I can’t do anymore and I think I thought, do you know what, I’m just going to do this and make it work.”

“I started in a really amateur way just wearing an old pair of Nike Air Max trainers and I didn’t research anything before setting off,” Katie laughs. “I was living in West London at the time in a flat on the river and I got started by running home from my office; I found it easier to run if I was running to actually get somewhere.

“I built up from just running halfway home and jumping on the bus, to being able to run both to and from work each day. Then I started adding on a few streets to make the distance up to 5K, and I just got the bug! Soon I was running every day, running at the weekends. I thought I should do it for my charity, to raise money, and I built up to half marathon distances and also started to make it social. I did parkrun, and also began running with my friends. My confidence grew and it became a big part of my life.”

She just got on with it. She didn’t even use the Couch to 5K app; she just did it herself. “And I didn’t even tell anyone I was doing it to be honest. I guess that was because if I didn’t carry on with it, no-one would know. It’s strange really – I just think I was a bit nervous about doing it, and it seemed a low-risk way to start.”

There’s a simplicity about just running to work and back along the river, and giving yourself tangible targets like reaching your destination without stopping or walking. And it certainly works well for some people to avoid obsessing about precise times and distances at the beginning.

For Katie, she found the meditative and cerebral benefits of running came surprisingly quickly in her journey. “The thing that worked for me in keeping running was distraction. I’d start thinking about problems and sorting them out in my head as I ran and then I’d end up forgetting about the running. The problems were just general life stuff – this and that – but thinking them through stopped me obsessing about the running.”

“And then, when I started to track it,” she lights up, “I realised my regular runs were actually more like 7K, not 5K, and it was amazing to find out I could run further than I thought I could. It really made me realise I had to believe in myself more!”

As she built up her distances and started entering races to raise money for the Katie Piper Foundation, she looked back on the progress she’d made and it started to have a more holistic benefit to her life. “I was so sweaty and breathless when I started but I’d come so far and it made me think that maybe I could improve other areas of my life that I doubt myself in. Running empowered me to realise that I can do things alone and that I’ve got more in me than I give myself credit for.”

To read the full interview, get your copy of the latest issue of Women’s Running below.

Get your physical copy

Get your digital copy 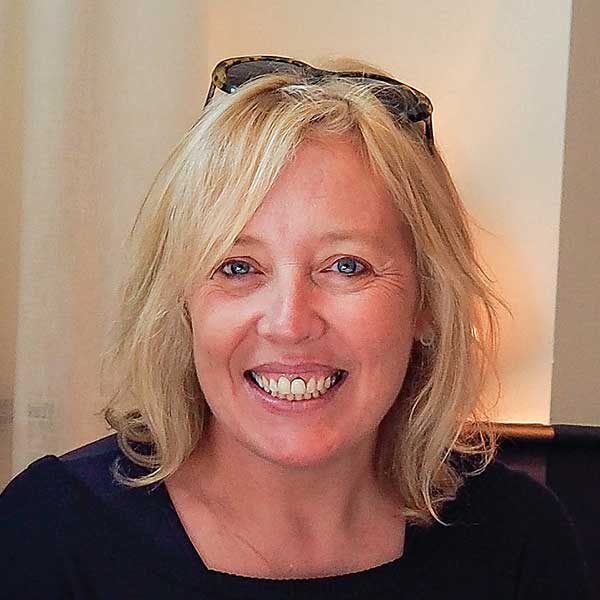