Join us for International Women’s Day to celebrate some of our heroes: today, it's you!

You don’t have to win gold medals and break world records to be a hero in our eyes: here are some of our everyday running inspirations to celebrate this International Women’s Day. 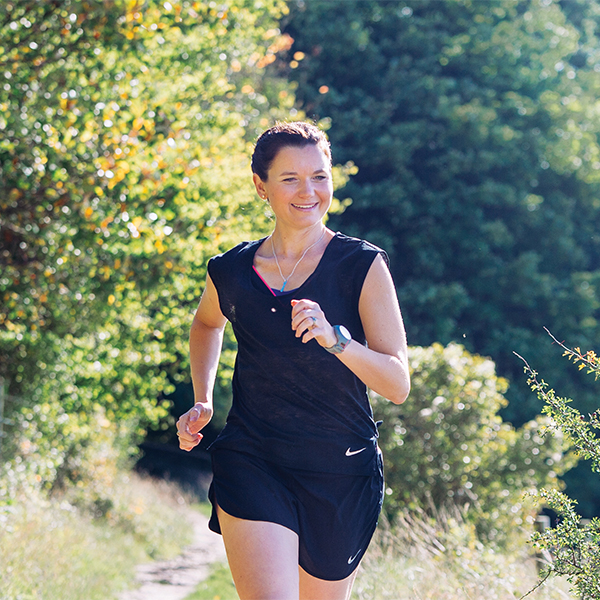 Leanne started the Run Mummy Run group in 2012 – we spoke to her about this incredibly community group. Listen to her full interview on the Women’s Running podcast.

How did Run Mummy Run get going?

It started in 2012, after I had my second baby. My husband’s job was busy and I couldn’t get to my local club runs because of kids’ bedtimes. I missed an online space where I could connect with like-minded women and talk about my passion – running.

I shared my thoughts with my friend Wendy, and the idea of a closed Facebook group came up. When I got back from my run one morning, I set up a closed group for three of us. Wendy became RMR’s first member, and the rest is history!

Initially, I wanted to grow the community online in my village, but I could see how much members valued the personal connections, and I also saw the motivational benefits they were getting, and it all grew from there.

Who’s in the community?

RMR is inclusive and includes women of all levels, ages and backgrounds. We’ve got beginners who are looking for motivation and advice on where to start and which trainers to buy; returning runners (maybe a er having children or an illness/injury); sporadic/irregular runners; and, of course, the everyday runners. We’re all connected through running, and we encourage, support and motivate each other to keep running for health, wellbeing and mental space.

The community is a place where we all understand the love of running and ‘get’ how important it is for us. It’s where everyone can talk about concerns, struggles and worries, as well as celebrating their successes.

I chose the name Run Mummy Run because it related to me and where I was in my life at the time. It’s part of the community’s heritage but it’s not reflective of our whole community. We actively encourage all women to join and we have thousands of runners who aren’t mums and enjoy it as much.

Run Mummy Run is a space away from our everyday lives where we can celebrate our love of running and do something for ourselves.

You can read the full interview in our March issue, or listen to the podcast. 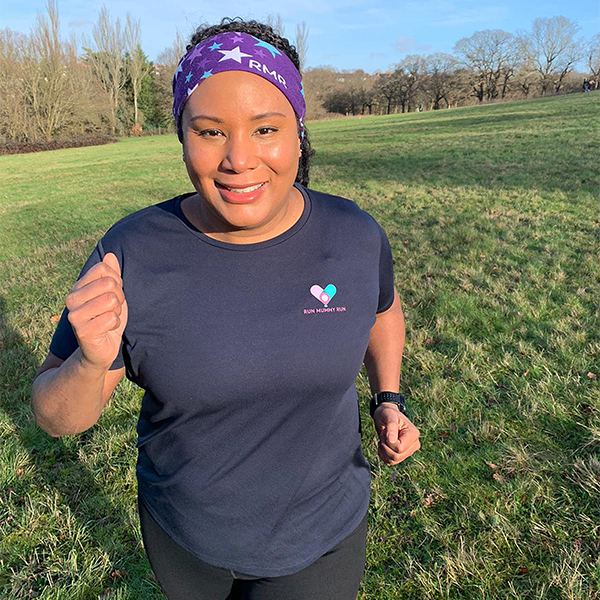 Che is a fellow Run Mummy Run member who worked her way up to marathon level with the help of the community.

“When I started running, I struggled with every aspect of it: being seen in my activewear; running on the pavement in public; the fear of being too slow; anxiety about running on my own; worry about not completing a run; and, worst of all, encountering ‘proper runners’.

I started my running journey in 2015, joining the Ealing Eagles Running Club’s Couch to 5K programme. I then joined the club and, with their support, I went on to do regular parkruns, 10K races and my  rst half marathon. It was at that point that a fellow club runner, Carol, added me to an online community called Run Mummy Run.

The minute I joined RMR I knew it was the missing ingredient in my running journey. Before I found RMR, I had a huge sense of imposter syndrome and had always felt unworthy to call myself a runner. In my head and when I looked at magazines, I didn’t fit the traditional image of how a runner looks and I certainly didn’t run as fast as I thought ‘real’ runners should run.

One of the most important things about RMR is that it is a diverse and inclusive community. It is this inclusivity that led me to join my first RMR Cheer Squad at mile 19 of the Virgin Money London Marathon. It was an emotional day, cheering for and supporting our running community, listening to the stories of women as they cried, laughed and ran to achieve their personal marathon goals. I wouldn’t have considered running my first marathon if I hadn’t witnessed so many RMR women with a similar running pace to me, courageously completing the marathon that day.

Running the London Marathon is my greatest running achievement and it was genuinely life-changing. It showed me that I was capable of being my own version of extraordinary.

Through my own experience, I’m acutely aware of how much representation influences minority groups in our communities to take up space in activities where they’re not usually visible. I would love to see more women from minority ethnic groups involved in non-elite running and enjoying the benefits of this sport.

I value the ways in which the RMR community strives to meet women wherever they are in their running journey, from the design of activewear in a wide range of sizes, to having ambassadors and regional groups who reach out to women locally.

If there are women out there who are thinking about running and need support to take the first step, I can’t recommend RMR more highly. For me, it represents a place where women are celebrated in all of their diversity, and welcomed into a vibrant and inclusive community.” 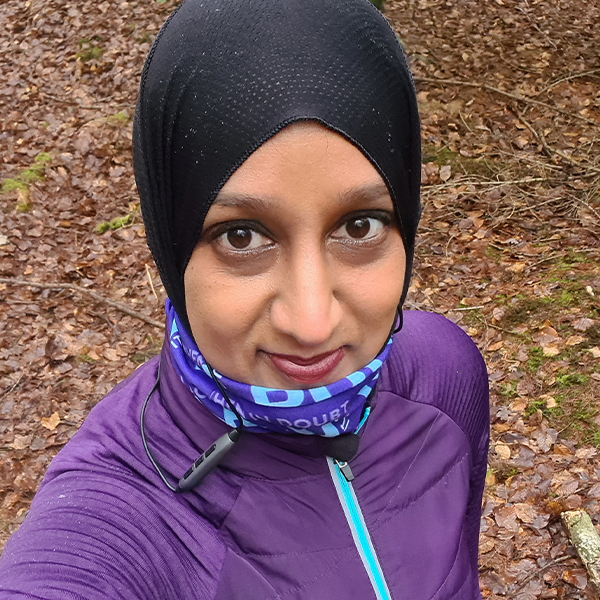 Tazneem is also part of Run Mummy Run, meeting new friends, pushing herself and talking about diversity through running.

“Most people call me Taz, but I’m also known as @thishijabiruns on Twitter and Instagram. I’m mum to three boys, a pharmacist by background but I now work as a medical advisor for a pharmaceutical company. I’m also an ASICS FrontRunner, run director at my local junior parkrun, and leader and founder of Wycombe Women’s Run Club.

I haven’t always been a runner. My running journey began on 14th April 2017. I will never forget this day and it’s no exaggeration when I say it was the beginning of something that would change my life.

While I was on holiday with my family over the Easter break, I was thinking about how I could become more active and feel healthier. Running sprang to mind, and so I ran/walked a very slow one mile around the holiday village.

Little did I know I’d still be running almost four years later. Other than the obvious physical and mental health benefits, I also love the running community I’ve met. There’s the parkrun running community, my local running club, and then there’s Run Mummy Run; a community that is very close to my heart.

I came across and joined Run Mummy Run in May 2017 and I’ve found it to be so welcoming, friendly, inclusive and supportive. Through RMR, I found a support network of new running friends. I would never have met some of these amazing women if it wasn’t for RMR.

I’ve been to races where there has been an RMR Cheer Squad; the feeling you get when they shout your name and when the squad gives you a hug is something I can’t describe. When I did my first marathon in 2019 – the Loch Ness Marathon – I travelled to Scotland on my own, but once there, I was able to meet up with and run some of the race with fellow RMR members. It’s a great feeling knowing that, thanks to RMR, I can go to a race and never feel alone.

Running has been a gift for me. It’s helped me grow as a person by forcing me to believe in myself and step out of my comfort zone. I never thought I could run a marathon, but I’ve now run two and I’m aiming for my first ultramarathon this year.

It’s introduced me to a new community and being an ASICS FrontRunner has given me a platform to showcase diversity in running. I’m grateful for the voice running has given me.

Want to submit your own #IWD hero? Email us here with a picture and a bio and we’ll add your hero to the list!