49-year-old Kirsten White isn’t the type for big parties, so with her 50th birthday on the horizon she found a different way to celebrate – one that would become a life-changing journey that’s already teaching her that she’s capable of far more than she’d ever imagined.

Alongside a full-time job, Kirsten set herself the task of running 12 ultra marathons in the 12 months between her 49th and 50th birthdays, finishing the challenge just in time to blow out the candles on 24 October 2020.

Before she began the gruelling year-long challenge she’d considered herself a ‘semi-decent runner’. Two-and-a-half months and a brutal 205km run through the Namibian desert later, we caught up with her to see if she’d had second thoughts about the word ‘semi-decent’. 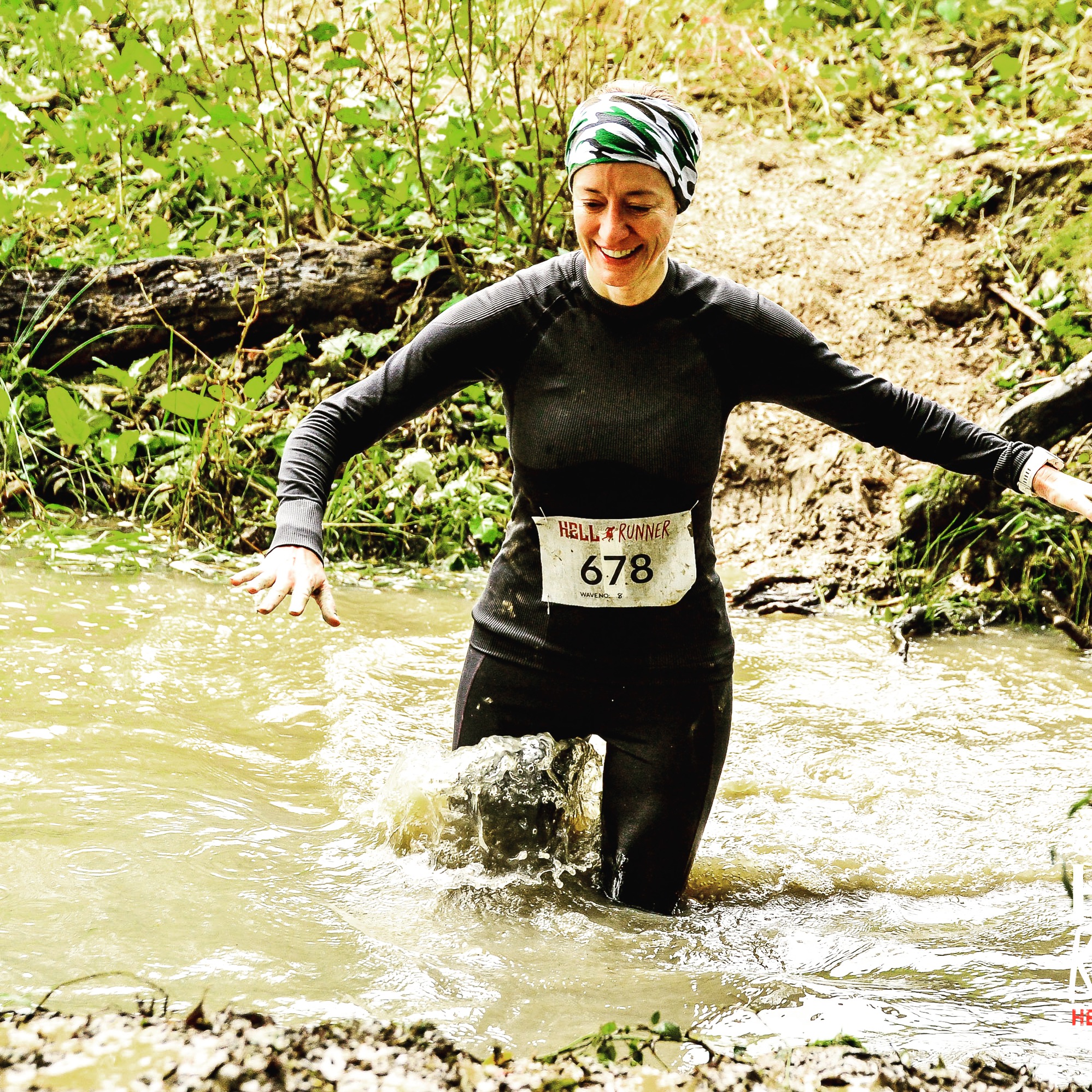 “I continually surprise myself,” Kirsten told us. “I have spent the last 10 years thinking that I will just go a bit further on my next run, and once I accomplish that, decide I can go even further. Never in my wildest dreams did I think I would be undertaking this challenge.”

She understands that, to most people, 12 ultramarathons in the space of a year might sound crazy, but she explains on her (brilliant) blog that it’s ‘rooted in complete sanity.’ In 2010, she quit her executive-level job at a multinational oil and gas company after reaching a stressful breaking point. This left her, suddenly, with no work, no hobbies and no social life.

Over the following years she learnt to invest in herself again – to work out what it was that she liked and disliked and what made her tick. Setting personal goals, she discovered, was key to her sense of fulfilment. She wants to achieve something truly extraordinary. 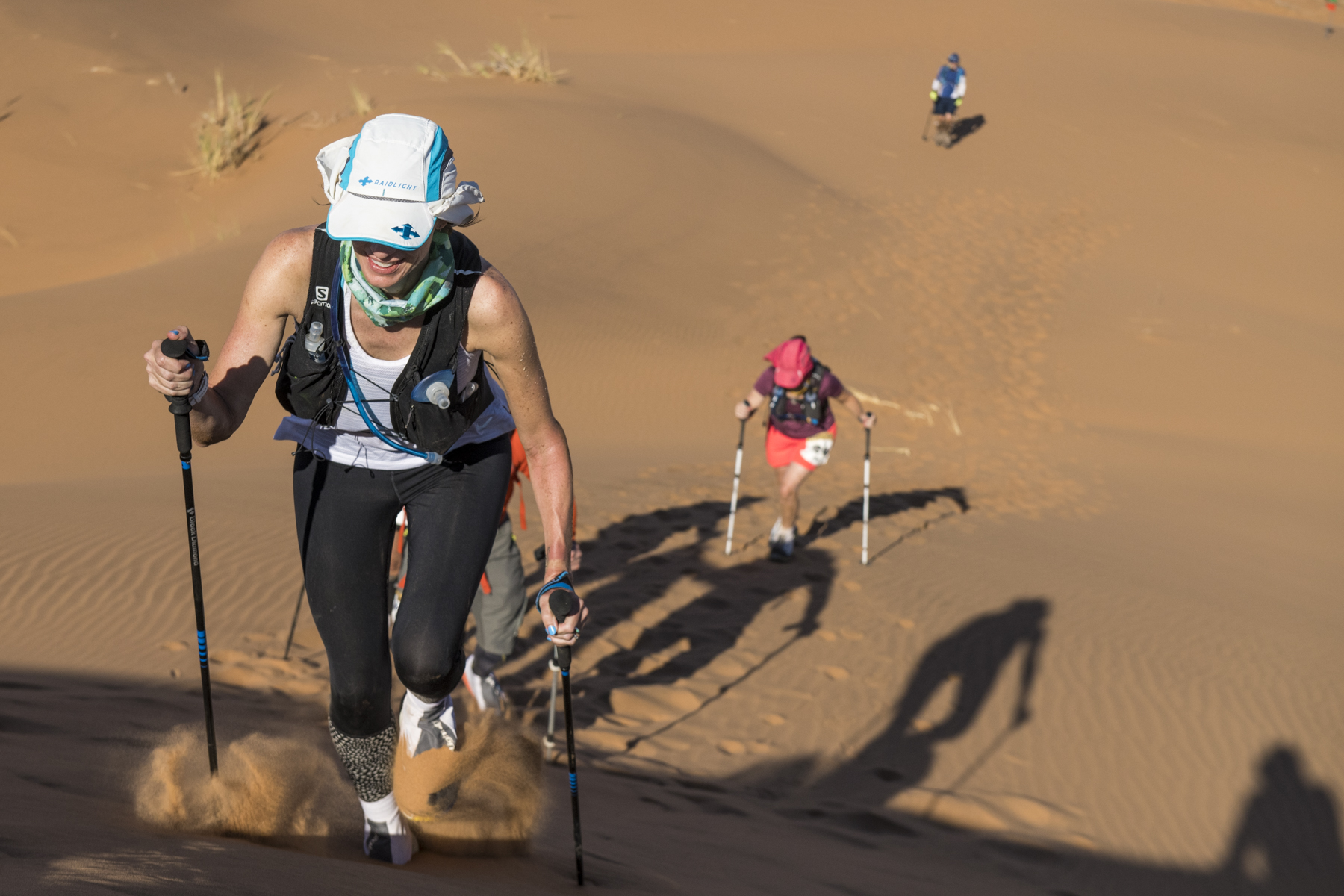 What may seem daunting to most people has her buzzing with excitement.

“From the end of February,” she explained, “I have three major ultramarathons over a six-week period. The first is a 100-mile skate/run across a frozen lake in Mongolia, the second involves trekking, running and rafting from coast to coast in Panama, and the final one being a 60-mile ultrarun in the Isle of Arran. I am both incredibly excited and terrified at the same time. This will take me so far out of my comfort zone,” – something she relishes.

There are times when the challenges seem insurmountable, and Kirsten admitted that she finds this tough. On day four of her adventure in Namibia, for example, the 12-hour run through 44km of sand dunes proved mentally exhausting.

“We were originally told that we had 13 very big sand dunes to cross that day. Traversing them was super tough, but I was mentally prepared. However, after I completed the 13 there was still over 10 miles to go and, as I subsequently found out, six more dunes. It was really tough to drive myself forward over the rest of the day. I think sheer stubbornness got me there in the end!” 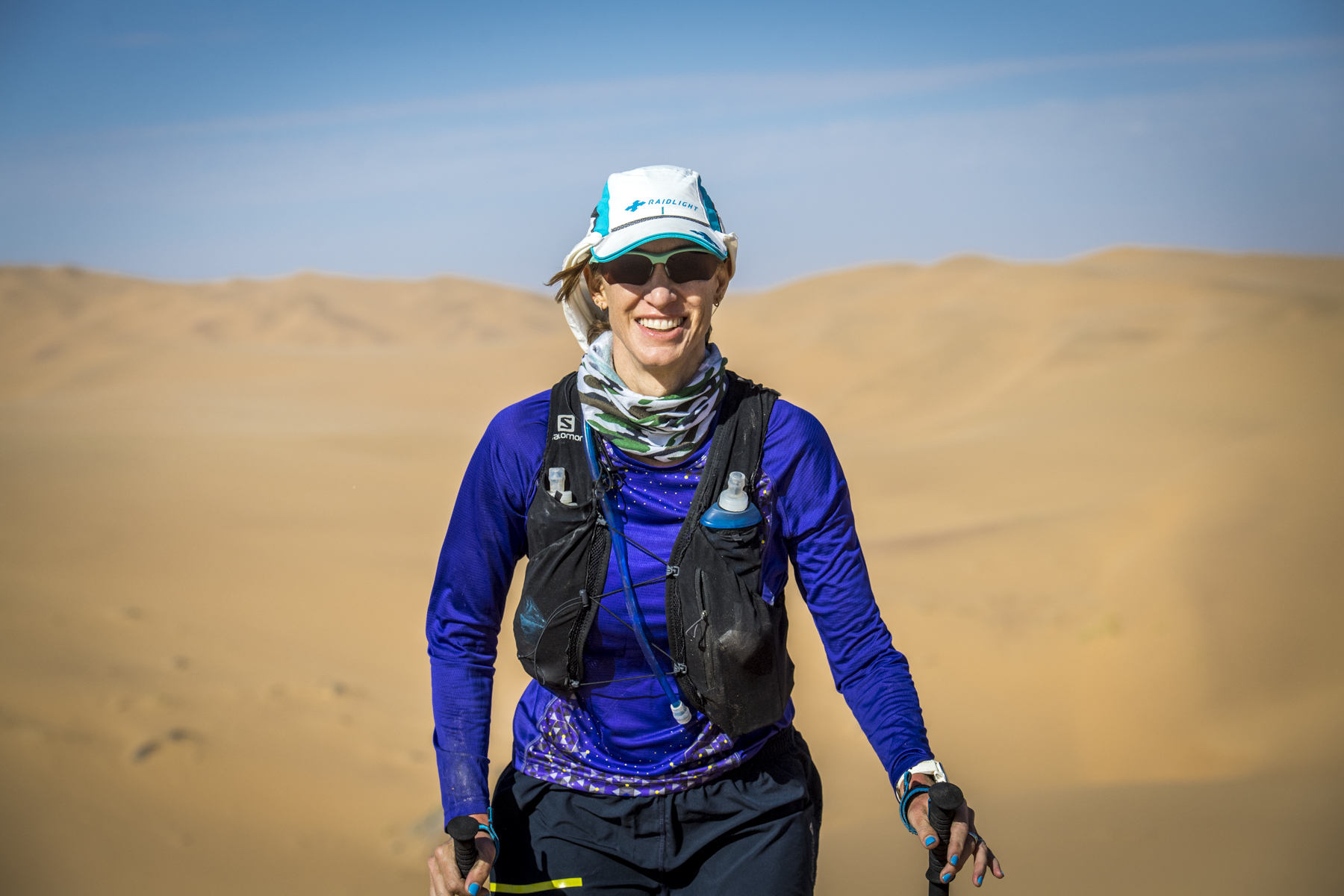 It’s evident that defying age and gender stereotypes is hugely important to Kirsten, who would encourage any woman considering a big mental and physical challenge to take the plunge: “Women rock at ultras! We are often better than the men. Whilst men go out with a physical advantage, at a competitive level women often win.”

Did she have any suggestions for women about to embark on a new adventure of their own?

“Start small if you haven’t done much before,” she advised. “With each challenge your confidence to achieve what you thought was impossible will increase. That is a great feeling. There is nothing special about me… in fact I am a pretty slow runner. But persistence and determination get me a long way there.”