Chrissie Wellington: “I used to race with a smile to convey a sense of joy and love for what I did”

We spoke to Chrissie Wellington about her Ironman career, her next big adventures, and her love of Brooks

How did you get into racing Ironman?

It seemed inconceivable to me that someone could do an Ironman. And I think any challenging goal will seem slightly inconceivable like that. When I turned 30, I only wanted to do the Olympic distance, but my coach realised quickly that my talent and aptitude lay in longer distances, so he segued me into Ironman. Those who know my coach know that I didn’t really have a choice, I was ordered! Arm behind my back!

I’ve always been one to embrace a challenge so I found myself on the start line of Ironman Korea not really knowing what I was doing and not knowing what to expect. And from that day on I was an Ironman athlete and that was the focus of my sporting career. The point to make is that it’s the same for everyone in the beginning, whether you’re starting a couch to 5K journey or an Ironman – it’s daunting and it’s scary, but look around you and hopefully there are source of inspiration in your everyday life that show you that those goals are achievable.

Want to hear more from Chrissie Wellington? Listen to her episode of the Women’s Running podcast! 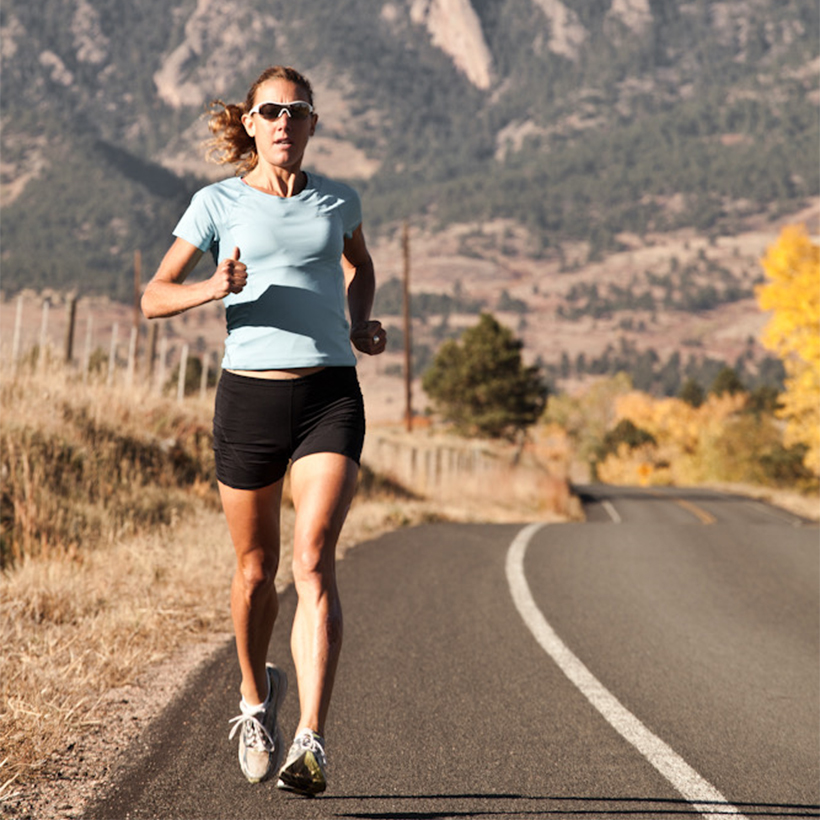 What have you been doing since your championship days?

I retired in 2012. I had to psychologically and physically wean myself off this addiction to training the volume that I was – four, five, six hours a day. And so as I retired I gradually weaned myself off. And as you set new goals that are not necessarily sporting related, you’ve got less time to dedicate to training. So now I work three days a week for parkrun – I’m Global Head of Health and Wellbeing for parkrun. And we also have our daughter, which is a full-time occupation – she is four. I have transitioned to ultrarunning, so I’m focussing on that right now. Running was the way in which I found triathlon, so it’s natural for me to fall back to that as my principal sport, and I’m really enjoying the new challenge of trail running and the sense of exploration and adventure that comes with that. When you principally run on the roads, for me it was very structured and regimented, and the measures were very tangible. I’m a very competitive person by nature and that side of things appealed. But what I was missing was the new challenge and the sense of adventure, and now I’m getting that from trail running. And while I’m aerobically strong, I’m not technically that adept running off road, so for me it’s a new challenge and something that is testing me in a different way.

I’ve done a number of ultras, having said I never would because they were too scary and what crazy people did, but then I did a couple and really enjoyed them. More recently I did the Endurance Life Gower in Dorset, and I’ve entered the Highland Fling which, in endurance running circles is quite a well-known event on the West Highland way in April – it’s a double marathon. I’ll do one training race in advance and then I’d like to plan for a race over the summer.

But for me, being active will always be important for a number of different reasons. It’s not the axis around which my life revolves anymore. So I fit the racing and the training into a richer and more varied life than I did as a professional athlete. It will always be important, but my ability to perform to my absolutely potential always has to be seen in the context of my life, and I think that’s really important for amateur athletes to recognise. We can be the best athletes that we can be, but it’s in the context of a wider life. We have to work, we have families and social lives and all the other balls that we’re juggling. So you just do the very best you can, within a much richer, fuller life. 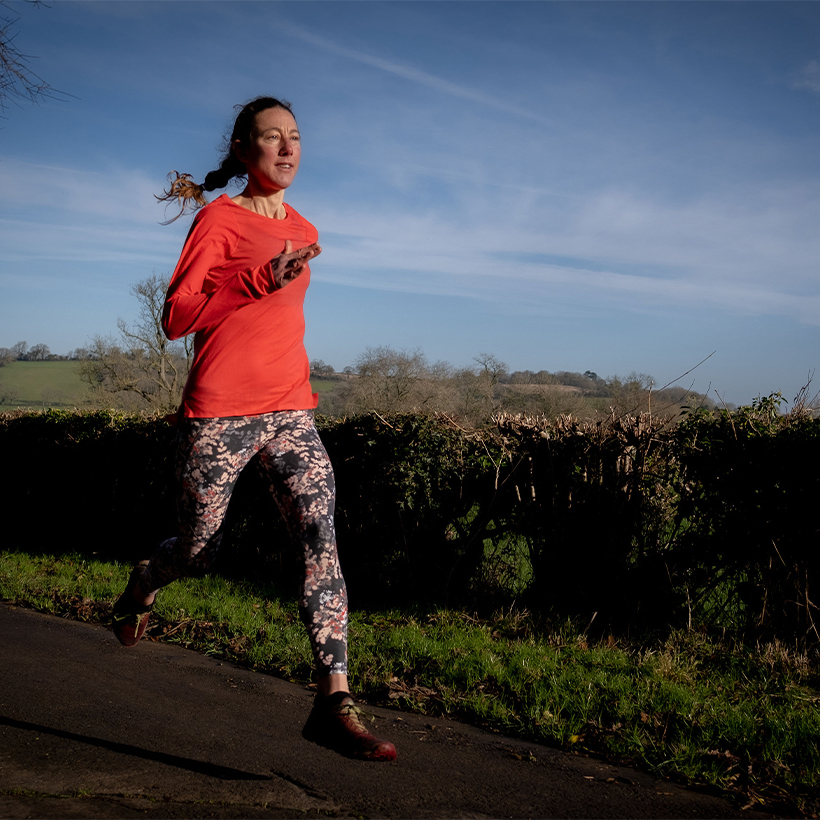 How do you feel about the inequality in race distances in cross country?

When we had our daughter, you become acutely aware of the environment in which you live and the language that’s used and the opportunities that are available. We want her to grow up feeling that her gender is not a barrier to any opportunity and that includes sport. She has grown up with activity, sport, racing, competition being normalised for both myself and my husband, so it’s totally normal for her to see me go running every morning. She knows that and embraces that – she always has to wave me off, and we do the stretching together afterwards. For her it’s normalised and that’s so important.

However, the wish I have for her is not necessarily that she excels in a sporting sphere but that she has the opportunity to try new things and to be active in whatever way she wants to and that there are no barriers to participation for her. And that’s really important. All we can do as parents is to avail her with those opportunities. And if they don’t exist, try and create them. And imbue her with a love for moving her body and being active and respecting her body for what it does.

Inequality in race distances breeds that lack of confidence in one’s own ability. That if you’re not encouraged to run further or throw harder, then you’re not going to be able to as you’re training with that as your goal. Having come from triathlon, we race on the same day on the same course, at the same time as the men, and in my view, we have the same commercial opportunities and media opportunities. It’s a much more egalitarian sport.

What advice would you give someone running their first race?

Don’t expect things to go perfectly because the beauty is in the imperfections. People go into a race, thinking I don’t want to get cramp, I don’t want to feel sick, I don’t want to walk an aid station – these things are going to happen. The beauty of sport is in that. Every single race I was in I wanted to stop. You have highs and lows, you will get injured, these things will happen: if you fail to embrace them as part of a journey it’s never going to be satisfying.

And ultimately believe in yourself, know that you are capable of more than you ever felt possible and  – most importantly  – enjoy every minute of the amazing journey that you are on!

Want more first race advice? Try How to Prepare for your First Race

Tell us why you’re a Brooks ambassador.

I did my first Ironman in Korea as a rookie. A shop in the UK had given me a pair of shoes and they were too small and I lost my toenails. So I got to Hawaii the week of the race, and I went to the local running shop and I settled on the Brooks T5 racer. You shouldn’t ever wear new shoes the week before a race, but I did! And I won my first world championships wearing those shoes (and didn’t lose my toenails). From that day on, I wore Brooks.

The shoes were always comfortable and they enabled me to run 2:44 marathons off the bike. But just as important is the mission and the vision of the company: I love the ‘run happy’ motto. It’s really important that you represent, and are supported by, a company whose mission you believe in, and I do.

When I raced I used to race with a smile, and that was because I wanted to convey this sense of joy and love for what I did, and I think Brooks epitomises that.