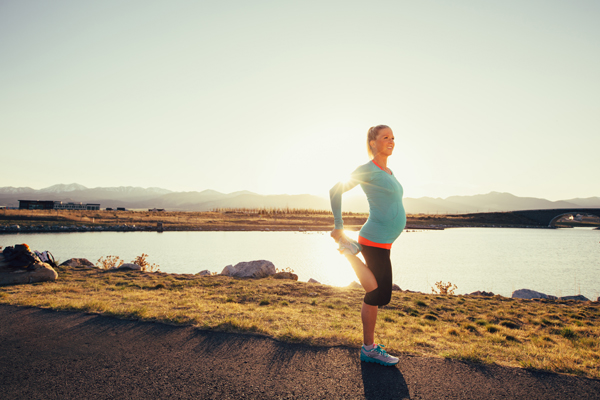 A year before I became pregnant, I ran the Edinburgh Marathon. I finished in 3hrs 30mins 11secs, achieving my goal of qualifying for the Boston Marathon. But when the registration period came round in September, I didn’t enter. My 35-40 age-group was a stark reminder that if I wanted to have a family, I should probably make that my new goal.

When I watched the 2017 race, I was already pregnant. I was still running about 18 miles a week and would do so until I hit seven months. As I planned for the arrival of my son, assembling his cot and packing my hospital bag, I started to make plans for running too.

Like many pregnant runners, I’d watched with envy as friends entered races and smashed their PBs. I felt huge as I struggled to walk across the park and I couldn’t imagine ever running again. Still, I made plans for it. Six weeks is the widely reported (and optimistic) timeframe from birth to running. I counted out those weeks from my due date in my diary and circled the day. I looked at races for the following months, having to physically restrain myself from entering them.

My son arrived in early December 2017, and at that same moment any impatience I had to start running again disappeared. I knew I’d run again. But I was in no rush. Those first six weeks flew by in a haze of feeds, nappies and occasional sleep. We got to know each other over late nights and long walks, and all the time my body was healing.

It was eight weeks after birth, and after I’d seen a postnatal physio, that I took my first tentative steps as a runner again. I’d been away for four months, but running was still there when I decided to return.

Whether you’re injured, pregnant or just taking a break, there’s no expiration date on your relationship with running. It will be there waiting for you.

Laura Fountain is a mother, a running coach, a personal trainer, a marathon runner and the author of The Lazy Runner and Tricurious.