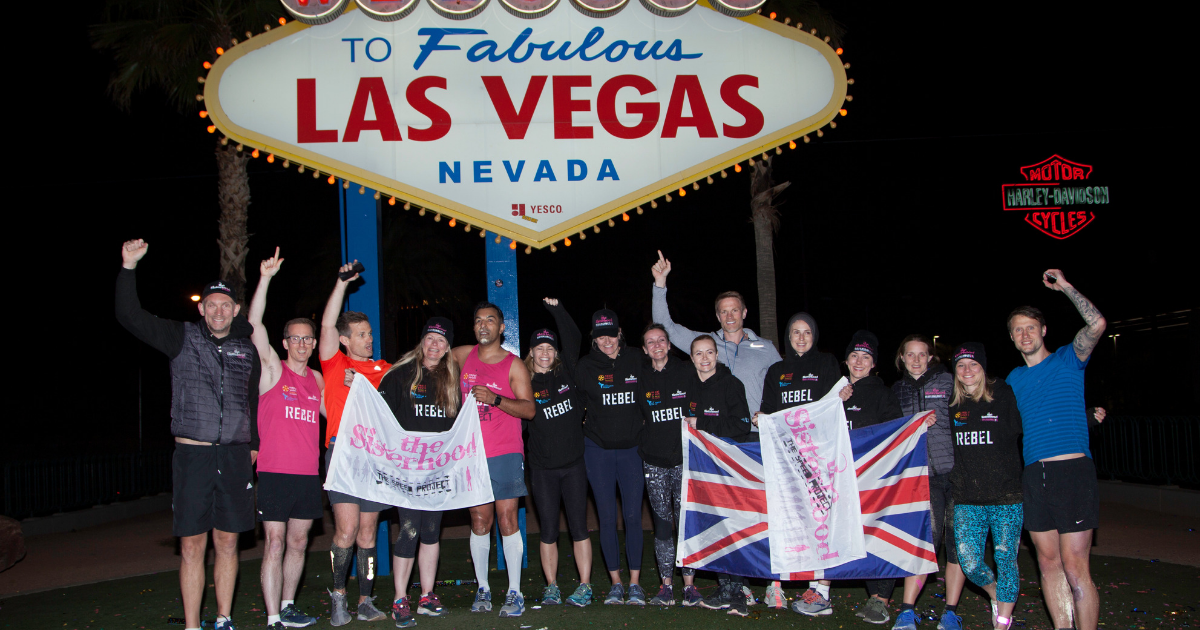 40 members of the Sisterhood and Sisterwood took on the crazy, self-supported Ultra-Relay race, The Speed Project. At the beginning of April, the team began the gruelling 340 mile non-stop running relay from Santa Monica Pier in Los Angeles, finishing at the Vegas sign at the beginning of the Las Vegas Strip. This was the 5th year of The Speed Project and the first ever UK-only team.

There is zero race support and there are zero checkpoints. They navigated their own route through Death Valley in soaring and freezing temperatures, having to avoid the snakes and dogs that come out onto the road at night, as well as the occasional hostile local!

Many teams compete to break the course record of 36 hours, but the Sisterhood’s aim was to arrive in one piece in 48 hours and head straight into a Vegas Pool Party, thus maintaining the Hood’s notorious balance of Lucozade to Alcohol.

There is a serious reason for this crazy behaviour: to raise as much money as possible for two amazing charities: The Hummingbird Initiative and the Nepal Youth Foundation UK. Both charities are focused on supporting, educating and saving young girls from exploitation in Africa & Nepal. 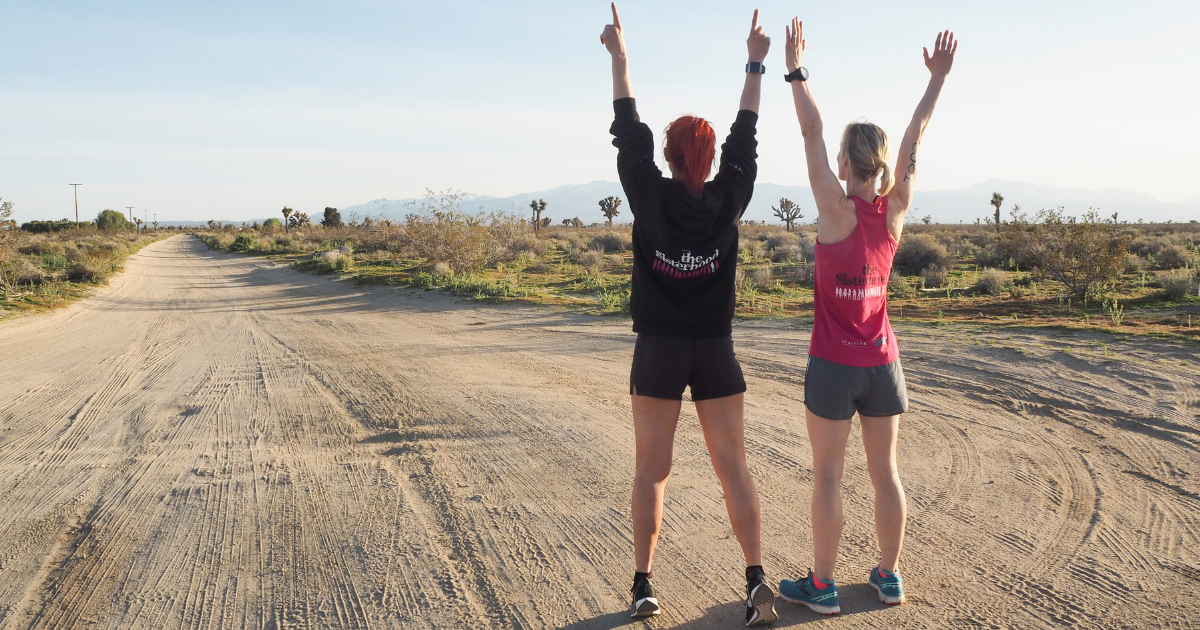 Founder of the Sisterhood Emma Sayle comments on the challenge she and the team took on: “We had two sisterhood teams competing with an aim to complete within 48 hrs.  One of the teams completed in 48hr 42mins. My team completed in 47hr 54mins.”

She added: “Overall we placed 30th and 32nd out of 45 teams, including a lot of professional runner led teams including Adidas and Nike, so we were really pleased.”

“The level of grit and determination coupled with severe sleep deprivation – it being non stop – was unbelievable.  As fatigue and injuries crept in, the teamwork involved to work out everyone’s best level to run to cover the distance kicked in. For our team to finish under the 48hrs we had to be running at most 5.30km so we mixed longer distances with 1km sprints depending on people’s speeds in order to keep that speed, it meant all egos had to be left behind and proper focus and teamwork kicked in for the last 100km, ending in our 6 fastest runners from team 1 sprinting a mile sub 6.45min each in order to get our 47hrs 54mins time. To say there were tears on the finish line would be an understatement!”

Ordinary girls doing extraordinary things. An elite group of female athletes, spearheaded by Emma Sayle, also the CEO and Founder of Killing Kittens – talented in many ways, toned to perfection with killer looks – on a mission to keep boldly going where no other girl has gone before. Since launching in 2006 to dragonboat across the English Channel (gaining a World Record), The Sisterhood has clocked up an incredible number of challenges – the Amazon raft race, Bosphorus swim, Costa Rica coast-to-coast race, Kilimanjaro, Venice Vogalonga, the list goes on. To date, The Sisterhood has raised over £500,000 for various amazing charities.