Life after a marathon | Women's Running

Life after a marathon 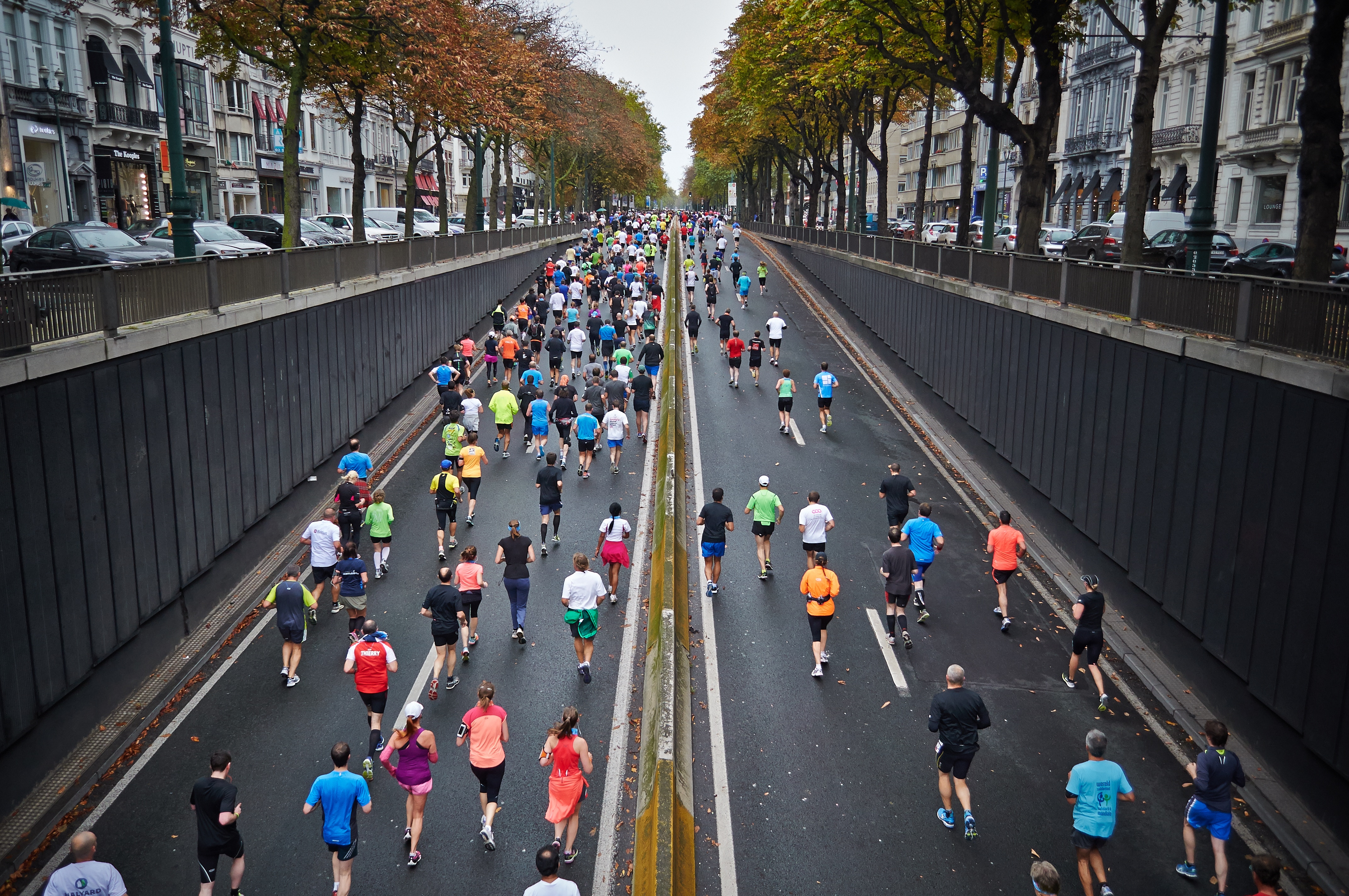 01. DO SHORTER RACES
Yes, many may think the marathon is the Holy Grail of running but don’t forget it’s possible to excel at shorter distances, too. Shake things up by entering 5K, 10K and half marathons – and all the permutations in between – and you’ll keep things fresh by having to decide on different training, pace and race strategies.

02. MAKE FRIENDS WITH MUD
Sole Destroyer, The Suffering, HellRunner, Nuclear Blackout and Badass Mudder – their names alone should strike terror into your heart, except that when you aren’t gritting your teeth you’ll be skipping through the puddles, bogs and mudbaths chuckling like a chipmunk. Find yours at www.muddyrace.co.uk.

03. SHARE THE FEELING
You know how you felt when you first started and it dawned on you that running was the most soul-stirring, life-affirming thing you’d ever done? Reclaim that feeling by offering to accompany a nervous newbie on their first training run or race. They’ll love you for it – and you’ll fall in love with running all over again.

04. PACK YOUR PASSPORT
Racing abroad means you get holiday snaps, sunny memories and a medal to wear on the plane home – what can be more motivating to train on ‘am-I-bovvvered?’ days than that?

05. DRESS TO IMPRESS
Scouring eBay, charity shops and party-supplies websites for outlandish outfits to wear during your next
race is a guaranteed antidote to the post-marathon blues. And wearing fancy dress is a very fitting way to reward all the kids who’ll get up early to high-five you on your way round your next race. Ask yourself, what would you rather spot charging down the road – a Gruffalo lookalike or just another Lycra-clad runner? You know you owe it to your fans.

06. TRY A TRI
Getting a tad bored of running? Time you hurtled into lakes, moats and docks, and then careered around castle grounds, country lanes or pretty parks on a bike before trotting home to a heroes’ welcome and a medal. Triathlon is the ultimate in cross training and as you have to become swim, bike and run-fit, the variety will stave off any chance of getting stale.

07. HIT THE TRAILS
Road running can sometimes feel robotic as it’s possible to just zone out and run on auto-pilot. Not so with trail running, where you have to be constantly alert to tripping hazards such as roots and stones, and have your wits about you to avoid getting stuck in the mud. The glorious views are also a tonic after months of slogging through urban sprawl.

08. START A BUCKET LIST
Set yourself spine-tinglingly exciting goals – whether it’s to run a race in every county in England, to bag a t-shirt that tells everyone you’ve done 50 parkruns (www.parkrun.org.uk) or 100 marathons (www.100marathonclub.org.uk), to run every distance from a mile to a marathon in a year, or to enter every race in the World Marathon Majors (www.worldmarathonmajors.com).

09. UNLEASH YOUR INNER ULTRA-RUNNER
Once the preserve of only the looniest, most distance-addicted runners, ultras are now the latest craze. The reason? You may have realised that if you didn’t follow the blue line painted on the road in a marathon, you’ve already completed an ultra by doing 44K instead of 42.2K! That means you could call yourself an ‘ultramarathoner’ by running just 6K further. Plus you get bragging rights second to none.

10. FORGET RACES AND JUST TALK THE TALK
You heard it here first – chat running is the new marathoning. Free from the constraints of training schedules, speed sessions and alcohol-free Saturday nights you can now indulge in one of the greatest pleasures running has to offer – the chance to run at a pace that allows you to chinwag. Aim for 10,000 words per minute if you want to turn chat running into an Olympic sport. But remember, it’s advisable to only do this if there’s someone running next to you!

Wai Meng Au-Yeong, 29, Watford, was put off by another year of hard road running and turned to the trenches to revive her mind set.
‘I did my first marathon in 2012 and signed up for the next one two days later at 4am! However, the thought of pounding the pavements for another year was not particularly appealing. Then I remembered how I’d laughed my head off with other participants while waist deep in a muddy trench during a mud run I’d done previously. That’s when I decided to make 2012 “The Year of the Mud Run” and signed up for six events. And so I found myself diving into an ice cube filled skip, tackling a mile-long ridiculously muddy stretch and being mildly electrocuted. Maybe not pleasant all the time, but definitely memorable! The mud runs were such fun they made me keen to be a better runner and I have since done The Wall, a 69-mile ultra.’

Victoria Legge, 44, Croydon, discovered that weight gain and feeling down in the dumps doesn’t have to follow the completion of a marathon…
‘I started running marathons in 2009 and have since run ten, including one ultra. At the end of each marathon, after the initial euphoria had passed, I tended to get very down and put on weight. That’s why this year I’ve decided to enter a triathlon for the first time. I already do a swimming class once a week and have completed an aquathlon, which is a swim and run, so I have a rough idea of what to expect. The hardest thing was getting back on a bike after so long, so I attended a free cycling lesson to learn the ropes. Mixing it up has made every run more enjoyable and I’m looking forward to calling myself a triathlete!’