Fuelling up with Fiona Russel 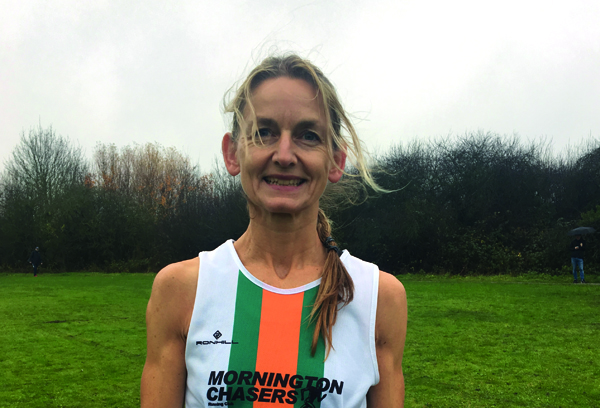 Fiona Russel, 50, has had a championship entry for the London Marathon for the past six years and her marathon PB, set in 2015, is 3hrs 4 mins. We talk to her about her best strategies for fuelling up.

“Fuelling up is crucial because I run five times a week. For breakfast I have a jam sandwich and a hard-boiled egg but if I’m racing I’ll have a bowl of oats with soya milk, raisins and a banana. For lunch I’ll have a cheese sandwich, while dinner staples include fish, sweet potato and spinach.”

“I don’t take a drink with me on a run unless it’s over 10 miles. On a very long run I’ll have a 500ml Lucozade Sport drink, slightly diluted with water, and afterwards I’ll have a Nuun Hydration tablet with 500ml water.”

“If I’m running after work I re-energise with a square or two of Green & Black’s dark chocolate and a banana. Or, very naughtily, I eat some peanut butter straight from the jar (Meridian has no palm oil). I hate to think how much I get through in a month – it’s an addiction.

To carb-load pre-marathon, I eat a small portion of wholewheat pasta with spinach and beetroot every evening from Tuesday onwards. The day before a marathon I’ll have a bit of pasta at lunchtime, and sweet potato and fish in the evening. On longer runs or races I eat Jelly Babies and don’t have gels as I like to train my body to cope without them. But when I run the marathon I have four Lucozade Sport Elite gels out of necessity.”

“I snack on fruit, almonds and cashew nuts, as well as on the odd biscuit.”

“After a long race, the two things I crave the most are chocolate soya milk and an apple.”