Drumroll please! UK initiative Earth Runs has won the Brooks Run Fund! It has been awarded $100,000 for its ground-breaking idea to harness the power of runners to change the world by planting trees with the miles they run, along with rewarding them with biodegradable seedbomb medals.

Brooks launched its global initiative Run Fund earlier this year to celebrate the power of running. The fund rewards big ideas unlocked by running and helps them become a reality. People could enter in four categories including health & wellness, community & social responsibility, technology & innovation and sustainability & environment. From entrants to these categories, Brooks drew up a shortlist of 15 candidates. The running community then voted for their favourite concepts, and a professional jury picked five winners, with Earth Runs nabbing that top prize.

We spoke to Tasha Acres, the founder of Earth Runs, who is understandably over the moon.

“It’s kind of life changing, isn’t it?” she laughs over Zoom. “It’s the weirdest and the most unbelievable thing. It’s been about two weeks now and I can still safely say it hasn’t really sunk in.” 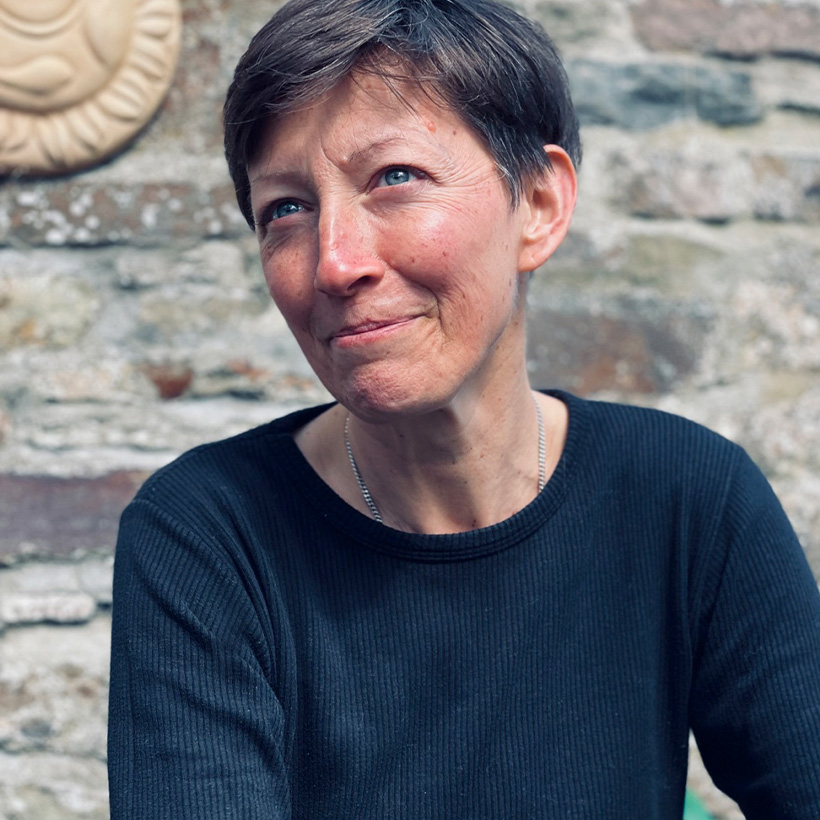 Tasha is a graphic designer by trade, but had been looking at doing other projects on the side, and was keen to do something a bit more fulfilling. As a runner, she already took an interest in virtual racing as a way to motivate herself between real-life races. But while looking for her next challenge back in Christmas 2019, she discovered that with most virtual races, what you got for your entry fee was a cheap metal medal, mostly shipped from outside the UK. “And this kind of grated on me,” she says, and it got her thinking about real-life races too. “I’d been thinking about the water bottles that are wasted. And then the goodie bag, and the ill-fitting t shirts. And it was on a run, that I thought, well maybe you could do a different kind of medal, maybe you could do something that was biodegradable. And on the same run, I thought wouldn’t it be good if you could actually do something with all those miles people are running all the time? I wondered if we could actually harness all of those miles and get runners to plant trees?”

So that’s what she did. She set up a virtual racing platform where people run Ks for trees, and if they choose to, they can also buy themselves one of her beautiful, handmade wildflower medals. “If you’re running a 5K, when you finish it, two trees will have been planted. When you do a 10K, you get three trees. It’s a way of saying that your miles don’t just have an impact on you, they can have an impact on the world. You can actually change the world with your run.”

The medals themselves are truly lovely, and certainly worth the small extra investment. “They’re a bit rough and ready,” Tasha smiles. “This isn’t your normal bling! They are all handmade by me and whoever’s around in the family. And when you’re bored of showing them off, you can break them up, and stick them in the compost, and they grow wildflowers. And the bees are happy as well!”

Receiving the prize money from the Brooks Run Fund was a huge surprise for Tasha, and a massive boost for her initiative. Tasha was told about the Run Fund with just four days left to apply, so she hurriedly put together an application. And no one was more surprised than her when she won.“I think what blew my mind was that entries came in from America, Australia, Germany, France, Holland, UK… It’s massive. I live in a little village in Devon!” she laughs.

And she’s a little overwhelmed at the opportunity that the prize offers Earth Runs. To me, it is life changing. But I hope it’s also going to just change the lives for other people as well. The community that has built up through this is only small, and they are so lovely and they feel so inspired to run on even on the bad days because they’re doing something and it means something.”

Tasha will be using the prize to develop her website and perhaps even introduce an app, and there are more plans afoot too: “One of the things we’re hoping to do with this funding is to take it into schools. It’s trying to show that lots of people doing small things will make a difference, that you can teach your kids that you’ve just run or walked 5K, or 2K, and that can change the world. One tree is going to give enough oxygen for two people when it’s fully grown for a year. Think of all the animals that need that tree that you’ve planted; think of all the things that live off of that. And you chose that day to move forward to do 5K and that’s what you’ve achieved – that’s inspiring. That’s lovely, and that makes you feel good.”

Find out more about Earth Runs and the Brooks Run Fund.