Chelsea Halfpenny on the benefits of community running | Women's Running

Chelsea Halfpenny on the benefits of community running

Performing runs (pun intended) in Chelsea Halfpenny’s family. Her mother is a DJ and her aunt is the actress Jill Halfpenny. It was her fellow actors that convinced her to try running, to raise money for Bloodwise. 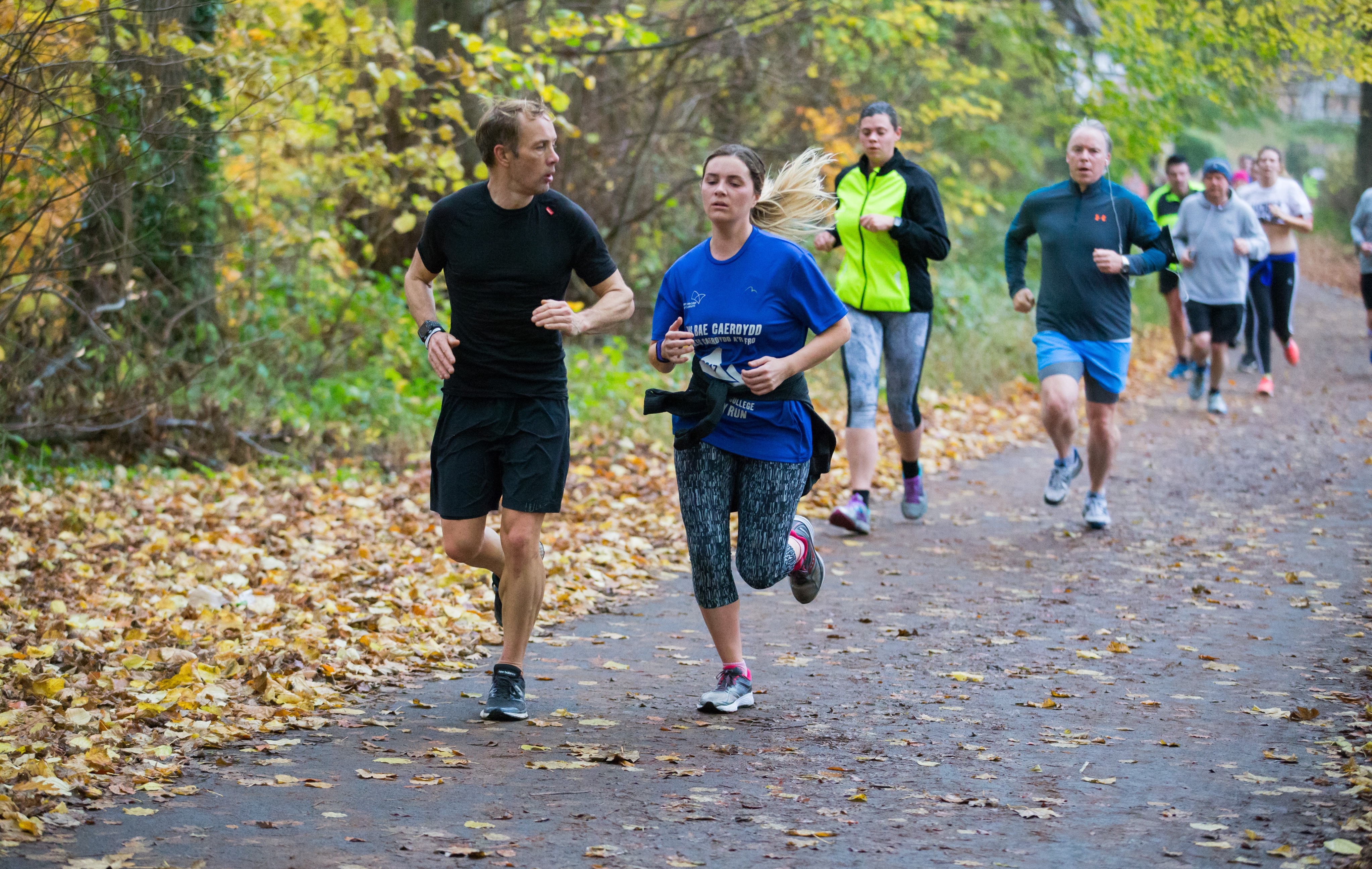 Running is a relatively new thing in my life. The seed was sown when I was in Emmerdale. Chris Chittell (who plays Eric Pollard) is really into running and raises money for the blood-cancer charity, Bloodwise. We were very close and shared a lot of scenes together and he kept trying to get me to take up running, but I told him it just wasn’t for me. I was never that into sport at school. I was too focused on dancing and acting. Although I was okay at cross-country.

When I joined Casualty in 2015, many of the cast were runners and George Rainsford (who plays Ethan Hardy) ran for Bloodwise, too. It was like a sign and it’s such a great charity, so I finally gave in.

At that point, I was just going to the gym and occasionally running on the treadmill. I’d always hated it because, as it turned out, I was going too fast! But once I’d started training with a couple of the crew at work, I learned to slow down a bit and found I could run a lot further. I also started doing Cardiff parkrun and discovered I much prefer running outside. I love getting fresh air into my lungs and being outdoors makes me feel so much better in myself.

My first race was the Cardiff 10K in 2016 and I was quite nervous (I even cared up the night before). But I really enjoyed it and definitely caught the running bug. Once you start achieving more than you ever thought you could, it becomes addictive. I bought a Garmin watch and connected with other friends who also had Garmins, and seeing their runs really motivated me to get my trainers on.

I ran a few 10Ks and a couple of 10-milers, and then tried a half marathon. I trained with Jaye Griffiths (who plays Elle Gardner in Casualty) and she was really good at pacing me, making sure we didn’t go too fast. We’d go for runs in the morning before filming, and then longer runs at weekends, increasing it by one kilometre each week. I did the Cardiff Half Marathon and it was brilliant.

Unfortunately I got injured in 2018. I had been getting cramps in my calf, but I’d signed up to the Great North Run in my hometown of Gateshead. I made the mistake of trying to ignore the pain. I could feel my calf twinging on the morning of the race, but thought it would be okay. After about 3K, I was in unbearable discomfort. I managed to walk-run to finish, but found out afterwards that I had a stress fracture in my shin, probably from hobbling my way around the race. I had to rest for a couple of months, but I’m back out running again and loving it – I missed it so much.

My running aspiration for 2019 is to get a bit faster at the half marathon distance. I’d intended to do the London Marathon this year, but I think my injury has set me back too far, so London 2020 it is!