We talk to Kate Jayden, an ultra runner who took on the incredible feat of 100 marathons in 100 days to raise money and awareness for refugees. We find out why she decided to do the challenge, how it went and what her plans are next...

If you’ve ever run a marathon, you’ll know about the urge to sign up for another as soon as the race is over (sometimes mid-race!).

Ultra runner Kate Jayden didn’t need to worry about that when she recently ran a marathon – she already had her next one set for the following day, and the 99 after that. She ran a whopping 100 marathons in 100 days, raising money to support refugees through Refugee Council and The Trussell Trust and breaking a world record in the process.

We find out what inspired her to do it, how she got on during the challenge and what she plans to do next…

What inspired you to take on this Challenge?

It started between my friend Gareth and I as a bit of a joke when we saw a centurion virtual run event and added up the distances. Over autumn it became more spoken about and by the time the situation in Afghanistan came to a head, I found myself on Google Maps wondering how far a refugee may travel.

Aleppo, Syria to Dover U.K. was a distance of roughly 2609 miles and the challenge we signed up to was 100 days. Hence the duration and distance! In sharing my endurance journey, I hoped to make the journey more relatable and to highlight the incredible resilience and strength that refugees bring to the UK.

What charities did you run for?

Alongside the refugee charity (Refugee Council), I chose to highlight the issues faced by those living in poverty in the UK. The Trussell trust are a UK food banks charity and they also offer ‘The Hygiene Bank’. This provides hygiene, cleaning and period products to those who have insufficient funds or access to these basic needs for human dignity.

£141 per week is the UK poverty line, and £70 per week is deemed destitution. Asylum seekers are often expected to live on £39 per week in the 6 month wait for refugee status approval. Hostility towards refugees can stem from the impression that they are being assisted financially whilst others are left without basics. By bringing together the commonality of people’s struggles, I wanted to highlight the similarities rather than differences, breaking down the divisions to rehumanise groups of people who are too often marginalised. 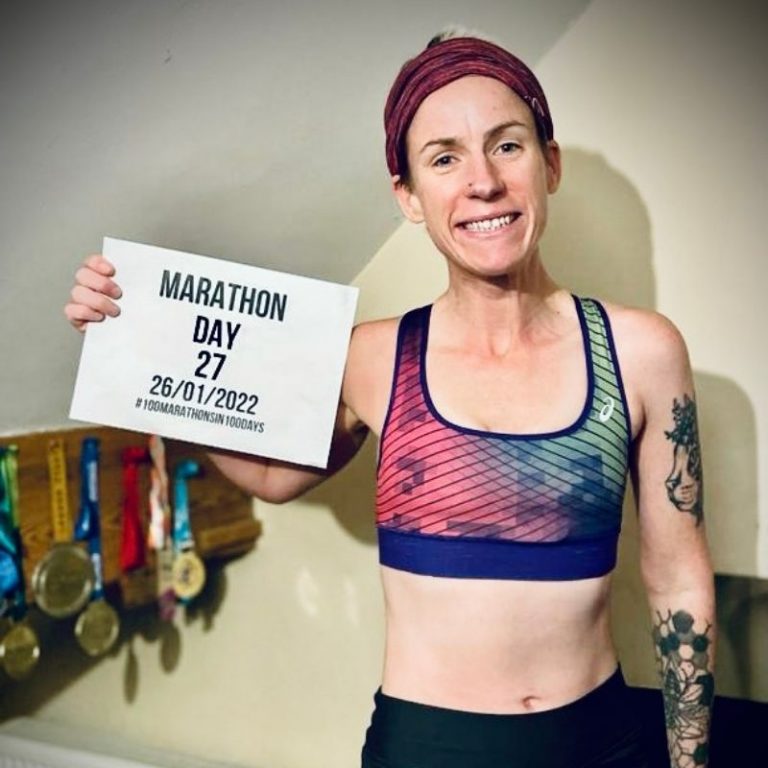 What sort of running do you normally do?

I’m an ultra runner, so my usual running challenges are distances of 100 miles, or 24hr events. I have completed several multi-day events historically, with my run mileage often seeing 100 mile weeks, but 184 miles a week was something else!

How did it go? Any injuries?

The first 47 days were great! I settled into a sub-4 comfortably relaxed pace by Day 10, and had time to complete he runs before work. Day 47 saw a knee issue arise which left me in a run/walk zone. Seven toe nails were mourned and more areas of my body were chafed, windburned or sore from sweat than I care to remember. The early days in January were really tough. The icy and snowy winds really damaged the skin on my face at times. 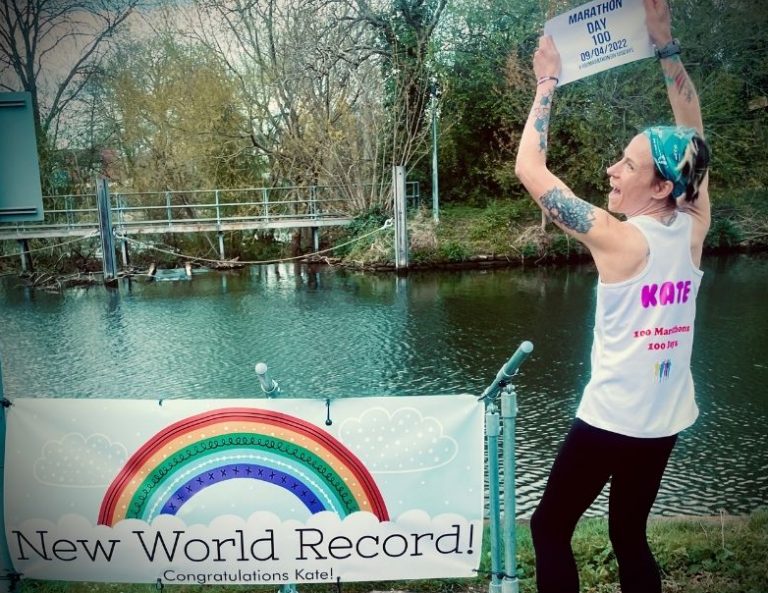 How on earth did you fit it around your day?

I work 10am-6pm in winter usually to allow me some daylight before my work day, so I ran in the morning to begin with. I switched this by day 47 as I couldn’t feasibly get the 26.2 miles done before work anymore with all the prep involved. I’d work, close the laptop lid and begin the process of the pre-marathon routine.

How did you prepare and recover for each marathon?

The later stages meant putting tape on my toes and knee, as well as general regular foot maintenance before I headed out. I’d front load my calories in the day, and then fuel during the runs.

After the run, I’d use a whole foods based meal replacement shake to replace the evening meal to make sure I was getting all the nutrients I needed, and not have to bother about cooking afterwards. A hot bath, ice cream and recovery boots formed the basis of every late night finish!

I also did regular massage and physio, but during the last month I had no time. I had to rely on sheer resilience, determination and pig headedness to see it through to the end. 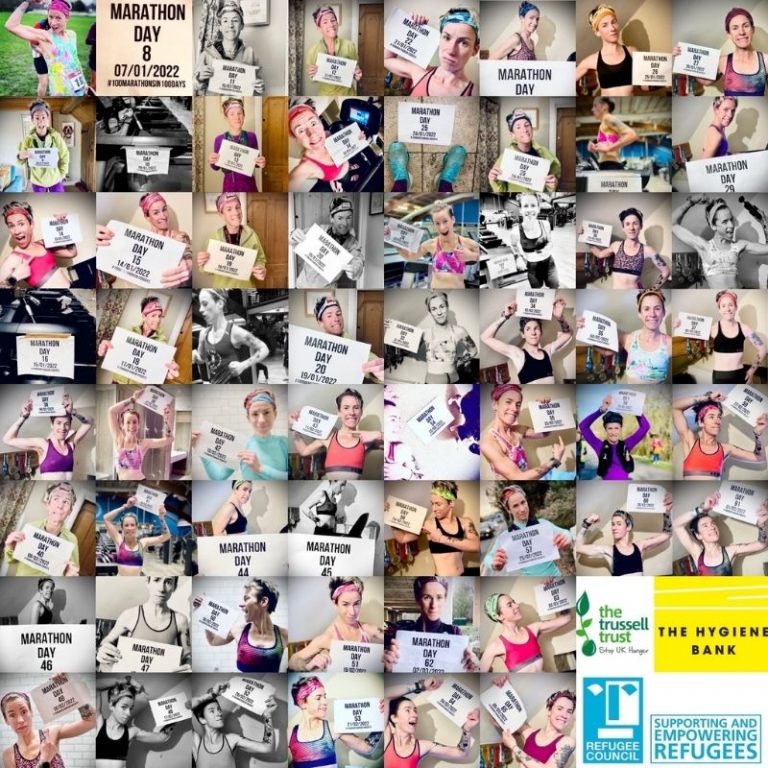 How does it feel now you’re finished?

It’s been hectic since I finished! So many people want to catch up and hear about how things went. Although the final run was now 4 days ago, I still haven’t managed to form a better sleep pattern. I have a recurring dream of running a marathon, and I wake up every morning panicking over whether I completed it in time!

Reflecting back on the £35,000 I raised reminds me of how amazing the journey has been. It’s still processing in my mind, but I find myself humbled, feeling honoured and privileged to have experienced this. I’ve been able to learn so much, as well as hopefully make a small change in the world.

What are you planning to do next?

Physically, I have a deca-triathlon in July (that’s a distance of 10 iron triathlons). It’s a 38km swim, 1800km bike leg and a 422km run. I think I’ve probably just about covered the running training – although I might have peaked too early!

Aside from that, I’d like to put pen to paper after a decade of endurance feats. I also have a couple of speaking events lined up at the end of May.

Inspired by Kate? You can follow her running journey on Instagram: @decajayden
You can also donate to her fundraising on via Give As You Live