Experiencing running guilt? Here’s how to overcome it

Whether you're fretting about missing a run in your training plan or feeling bad for carving out time for a 5K, running guilt can taint what should be an enjoyable experience. We get advice on how to overcome it...

Have you ever had a day where you really want to get out for a run but there is a nagging feeling that’s stopping you? You’ve got too much work to do, too many people who need you, and a mountain of chores.

You decide that all this can wait and you run, but that nagging feeling remains throughout. It taints what should have been a happy running experience.

Or, you decide to put your run off in favour of getting your to-do list done. But that still doesn’t make the feeling go away. Now you just feel bad that you’ve missed your opportunity to run that day.

This is known as runner’s guilt. And, according to research, it is a cross that women are more likely to bear. The good news is, we’ve got advice to help you identify the guilt you’re feeling – and deal with it.

Read on for our guide to overcoming runner’s guilt… 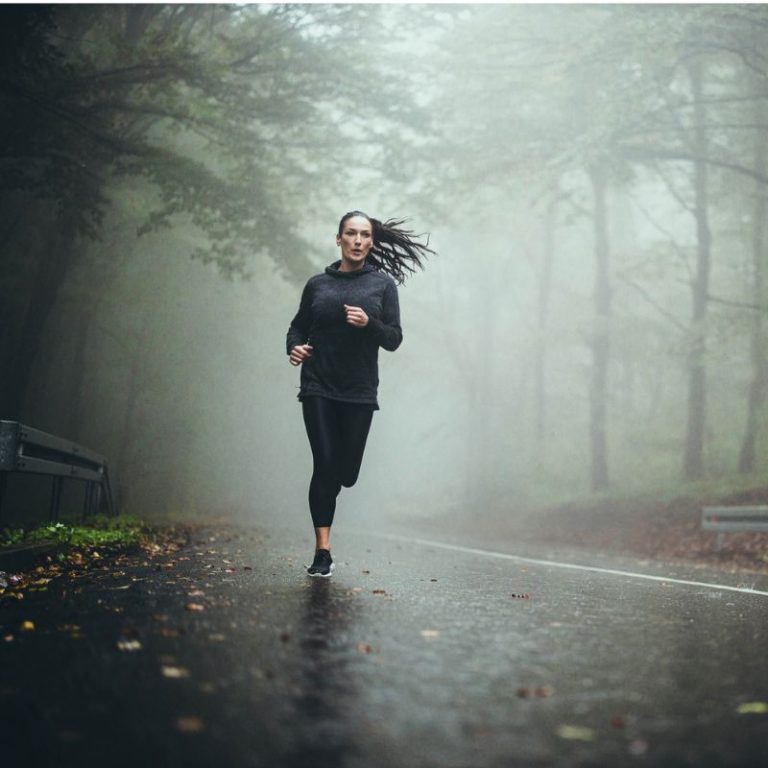 ‘Should be running’ guilt

When you miss a run on your training plan because you feel too tired or lacking in motivation to pull on your trainers and go. At some point that day, you’re might see another person out for a run, which makes you feel very guilty about missing your own.

This is depends on why you missed your run. If you were too tired, physically or mentally, it’s time to put yourself first and let the guilt go. Missing one run won’t ruin your half marathon training plan or stop you from improving your 5K PB. Rest days can sometimes be of more help to your performance than pushing yourself through a run that you’re not capable of doing on that day.

If it’s a motivation issue, you can use this guilt to your advantage. If you regret missing your run, remember that feeling when your motivation wanes again in the future.

To avoid this guilt in the first place, UKA-qualified coach Louis shares some advice. He says that dreading some runs is natural, but that you should focus on how great you will feel when you’ve completed the workout. “We’ve all been there – hard day at work, throwing it down with rain outside, a really tough speed session to complete. The last thing we want to do is run. In this scenario, I always tell people to remember why they are training in the first place.”

He adds that it can be helpful to set yourself the small goal of putting your kit, or stepping outside the front door. “It sounds cheesy, but when demotivated, the hardest part is getting out of the door. Once you have done that, you very rarely turn around and go back inside.”

When you have a niggling injury and you’ve been told to rest. When you’re meant to be taking time off after a target race. When you’re full of cold. Whatever the reason, and despite advice, you’ve been unable to resist going for a run. As a result, you feel really guilty, and possibly worse than you did before the run, because you know it wasn’t the best idea.

This is a form of guilt you really should listen to. If there is a good reason not to run, the wise decision is to follow advice and to rest.

“Running through injury or illness will put the body under additional stress,” Louis says. “The end result will be having to take longer off than originally planned. This becomes more of an inconvenience and could further disrupt your training plans. Let the body recover and you will be back on track in no time with your fitness levels intact.”

If loss of fitness or failing to meet your goal is the reason you’re pushing through, then missing one or two days won’t have a hugely detrimental effect. Louis advises being flexible with your training plan to allow for recovery. Changes can be made so you can still fit in a key long run or session when you’re better. It is also important to remember that training adaptations occur during rest periods, so taking scheduled time off will help you become a stronger runner. It can also mean you’re less likely to become injured in the future. 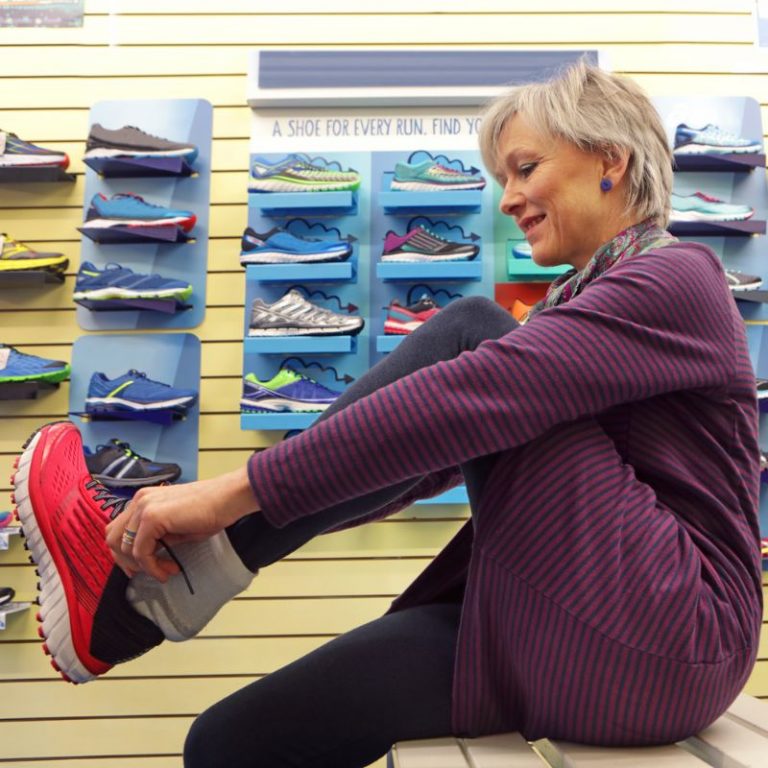 Feeling like you shouldn’t prioritise your running, spend money on expensive kit, hire a coach, or set yourself race goals because you are not an elite athlete.

This kind of ‘imposter syndrome’ is rife in running. Often, women feel they aren’t good enough to even call themselves a runner, if they aren’t super fast.

British Athletics coach Jo Wilkinson says women will often apologise to her for not being speedy when they inquire about her coaching services. “Running is for everyone and it’s up to you how seriously you want to take it,” she says. “You can still set yourself goals even if you’re not aiming for the Olympics. These goals will help you stay motivated so you can reap all the benefits that running can bring.”

Keep in mind that buying kit and running shoes, or hiring a personal running coach isn’t just about going faster. Having comfortable trainers and advice from an expert can help you avoid injury and keep you running stronger and for longer.

A friend’s birthday or a family do falls the day before your long run. You worry that no one will understand if you’re sipping soft drinks or leave earlier than normal to get a good night’s sleep.

First of all, it’s totally normal and acceptable to feel FOMO in these circumstances, even if you’re excited for your race. You have to dedicate a lot of time to running in the lead-up to an event, and it can have a real knock-on effect on your social life – especially if you need to do your long runs at the weekend.

“When the guilt hits, try to remember why you signed up to your race, and how you hope to feel when all of that training pays off on race day,” says running coach Kate Evans. “It’s also important to remember that your friends and family enjoy spending quality time with you, even if you’re not the life and soul of the party for a few weeks. If you love to have a drink in hand, there are some great low and non-alcohol options that can hit the spot if you feel as though you’re missing out.”

Practical planning can help a lot with avoiding this guilt in the first place. When you first start your training plan, take a look at all the big events coming up in your calendar. See if you can move runs around or take a morning off work to fit them in another time. Being flexible won’t harm your training, but could make all the difference to you. 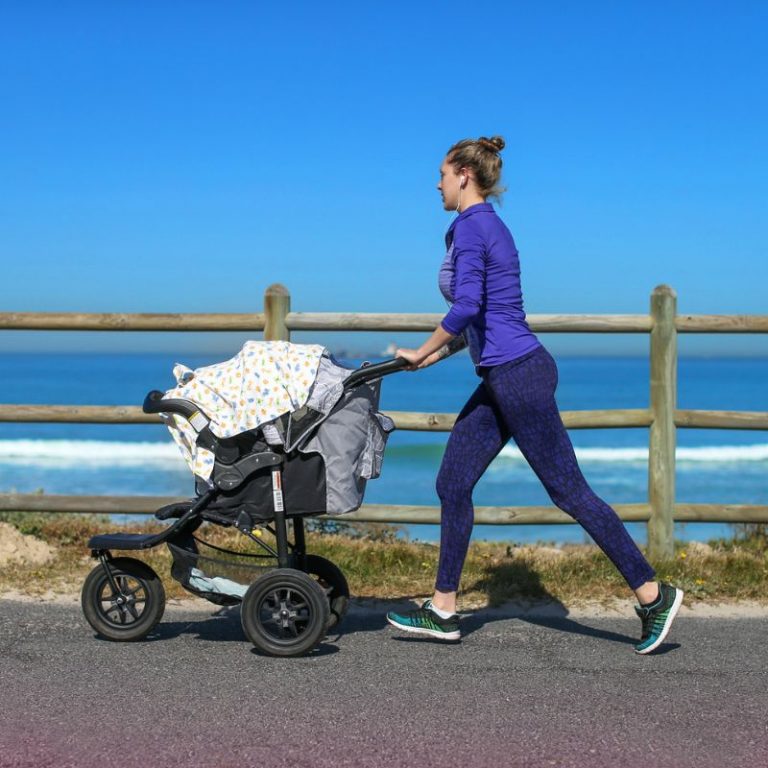 Feeling like you’re a bad parent if you go for a run instead of spending time with your kids.

“Women should never feel guilty for taking the time to exercise,” says pre- and post-natal fitness expert Melissa Mason. “But, of course, we all do from time to time. As mums, we are programmed (and pressured) to prioritise our little ones. But, being a mum can be stressful, exhausting and all-consuming. We all need time and space to unload. For some of us, going for a run is the perfect way to do that.”

Melissa says to think about the benefits of taking this time, rather than the guilt. “We need to be the best version of ourselves in order to give our best to our little people.” Do make sure that you do it safely, though. “Getting advice on returning to running after pregnancy is important,” says Melissa.

For some mums, it’s not just guilt holding us back, but lack of childcare. If it works for you, Melissa recommends trying a running buggy. “Mine saved me because it allowed me to get outside in the fresh air, all while baby was having an al fresco nap. There are lots of buggies on the market that don’t cost the earth, and you can also get some great deals on second-hand selling websites. Don’t feel guilty about the extra expense – it’s money well-spent in my opinion.”

When you go out for a run in your lunch break and spend the whole time worrying that you’re missing important emails or giving your boss a reason to doubt your performance.

Numerous studies have found that people who exercise during the working day are more productive and less stressed than those who don’t. Remind yourself that you could potentially be making yourself a better worker with every step!

A lot of us also worry about our boss judging us unnecessarily.  A lot of companies are now recognising the value of an active workforce, and may even have policies in place to encourage exercise breaks. And if you’re worried about your co-workers, why not invite them to join you? Setting up a run club can be a lovely way of bonding with your colleagues, and even a virtual run can boost motivation (and make those sweaty post-run Zooms more acceptable!).