Leak while you run? This is how you can get it fixed for good - Women's Running

Leak while you run? This is how you can get it fixed for good

Leaking is no laughing matter. We shouldn’t just be saying “oops!” about our pelvic floors, as Julie Čolan explains

Julie Čolan is on a mission to educate people about their pelvic floors. Her pet hate are products that are advertised to women that suggest that incontinence and leakage issues are normal at a certain age, or post-childbirth. Julie is the founder of Secret Whispers, a product that aims to strengthen your pelvic floor, preventing incontinence and prolapse before it becomes an issue.

At Women’s Running, we know that leakage and incontinence can be huge issues for women runners, and the taboo around this is massive. Let’s find out more.

So what’s the story behind Secret Whispers? We asked Julie to explain. “I remember back in 2018 I read this article that said regardless of how amazing you might think your pelvic floor is, the likelihood of developing an issue goes up by 50% because of the onset of perimenopause,” she says. “And I was turning 40 the next year and I thought there’s no way this is happening to me. I’d been doing my kegels since I was 14 and I assumed every woman did.”

Before she sat down and designed her product, Julie did her groundwork. “I asked all the mums in the playground, how’s your pelvic floor? And all they said was, “what’s a pelvic floor?”, “what are kegels?” and “It’s normal to leak after childbirth”. So then I found out that not everyone did their kegel exercises! So I started to explain to the mums why they needed to do it.”

What Julie had noticed was that the media for incontinence products was normalising the issue. “I looked at advertising around incontinence, at pads, and their advertising suggested that it was normal, and to be expected. It’s very common, but it’s not normal. What I’m passionate about is educating women about what the pelvic floor is, why it’s so important, and why you need to do kegel exercises.” 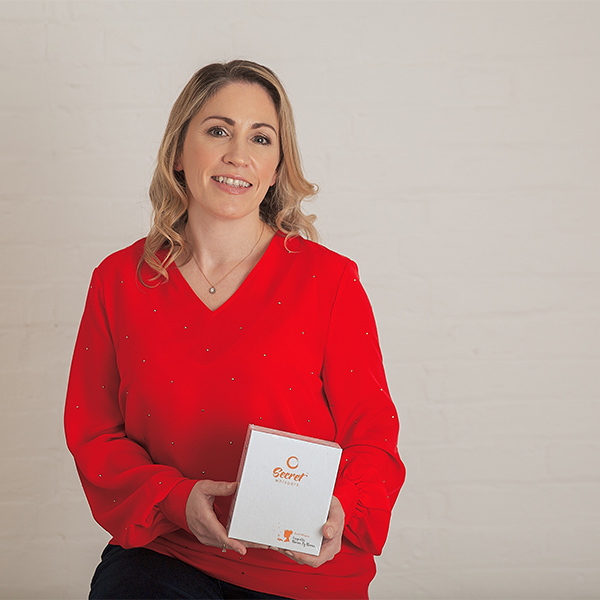 Julie is passionate about spreading the message and educating the nation, from teenagers upwards on pelvic floors, and the importance of keeping that muscle exercised. “I want to get this education into high schools for girls and boys – men have a pelvic floor as well. I want to explain what a pelvic floor is, the structure, and why it’s so important to do kegel exercises. And then we wouldn’t have these huge statistics: 50% of women suffering from leakage issues. And if a woman develops leakage issues after giving birth, the chance of postnatal depression goes up by 50%.”

And this isn’t just a postnatal issue, as Julie explains. “Girls should be doing this from the age of 14. There was a study done in 2001, where they interviewed women between the ages of 18 and 21 who were very athletic at university and they asked how many suffered from incontinence at high school, and the figure was 40%.”

And we all know that runners can really suffer from leakage. Julie is often contacted by runners who have had all sorts of issues. “Running puts a lot of pressure on your pelvic floor. And lot of women have developed leakage issues during lockdown. We want to make sure women understand they don’t need to give up exercise. The last thing we want is women giving up running, and thinking this is me for life. The more we talk about it, the more we can help someone else. It is just a muscle like any other.”

These figures are really shocking, seen like that, especially when you realise that the vast majority of the time, this is entirely preventable. With, as Julie says, the right education. So how does Julie’s product work?

“It’s like a little dumbbell for the pelvic floor,” she says. “You start off on 40g and then every two weeks you change the weight combinations, gradually and safely challenging your pelvic floor. You start on 40, you go up to 90, and by that stage you’ve got an amazing pelvic floor. You just pop them in, gravity wants them to drop out, so then the correct pelvic floor muscles engage to hold them in. And that’s the beauty of them, because even if a woman is told how to do kegels, at least 50% of them do them incorrectly because they can’t feel them or see them, so this takes away the guesswork.” 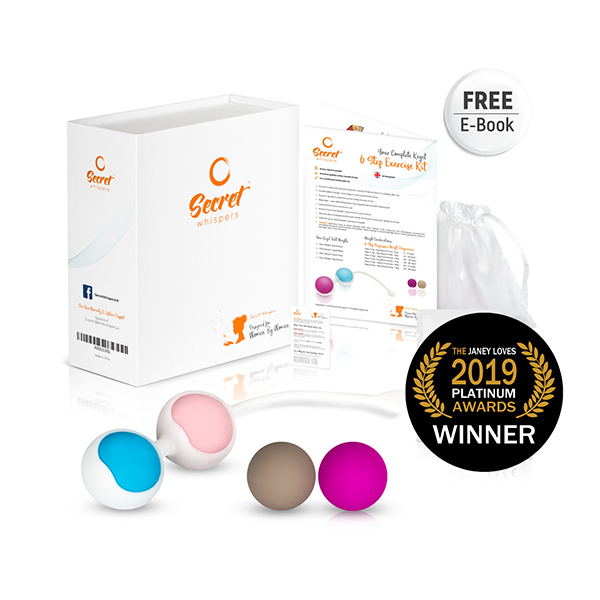 And then while you’re wearing them, you simply do your kegel exercises. A kegel exercise, if you’ve not done one before, is this: imagine holding in wee and wind at the same time, pull up and in as quick as you can, hold that for 10 seconds and then you release and repeat. There are a few versions on this theme too, once you’ve got the hang of it, such as speeding up the movement, an action which, once you’ve trained your pelvic floor, will help prevent you from leaking when you cough and sneeze.

And then, once we’re up to 90g, are we done? Julie laughs: “Kegel exercises need to be done twice a day, every day for life. Your pelvic floor is a muscle just like any other. It has to hold up your bowel, your bladder and your uterus. If it gets weak, you’ll be prone to leakage issues or prolapse. With these, you wear them for 15-20 minutes a day for 12 weeks following the programme, and then in order to maintain that strength, you just use them three times a week. But by that time, because you know how to do them correctly, you just do them while you’re brushing your teeth. It’s so simple, and so effective.”

Right now, Julie is running the #DontIgnoreThePelvicFloor campaign. She’s asking women to post a picture of themselves holding the # on a card or just adding it to their picture on stories. Pop along to show your support.