Is this the record-breaking shoe we’ve been looking for? | Women's Running

Is this the record-breaking shoe we’ve been looking for?

Brooks launches its own carbon fibre offering: this is what we know so far

Women’s Running were on the edge of our collective seats at the Brooks launch earlier this month: we weren’t sure what to expect, but we weren’t expecting this.

Brooks has flung its hat into the elite ring: and they’ve done this in a smart two-pronged attack. First with a shoe designed for all your training, and second for a shoe designed for race day. It wasn’t just a shoe launch; this was a wardrobe launch. 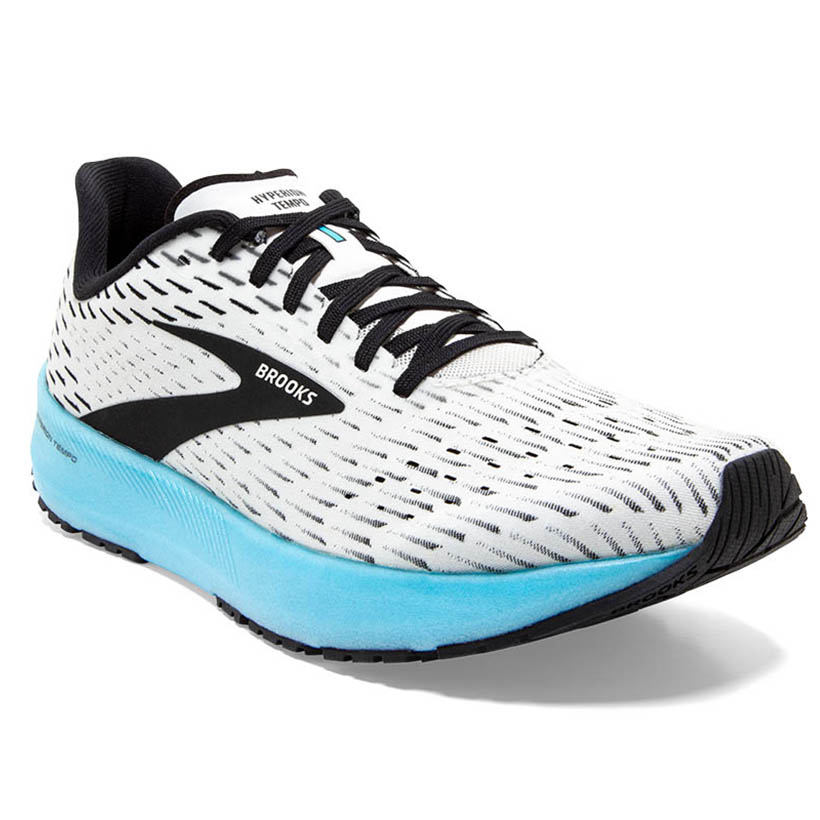 First, let’s have a look at the Hyperion Tempo. Available in the UK from 1st April, the Tempo is disarmingly light – 188 grams. And it has all the bells and whistles we’d begun to expect from high end racers, let alone a shoe designed for substantial mileage. The Brooks DNA Flash midsole is in place for cushioning and energising your runs. The upper is thin, breathable and flexible. While the shoe has been designed to keep your foot and ankle more stable with each load. They’re responsive, flexible – and extremely comfortable.

We’ve already had a long run in these – you know how you’re not supposed to run long distances straight away in a new shoe? We’re naughty and we did just that. And they were good. No hot spots, no rubbing, and a great fit, hugging the mid-section just as you’d need. This is going to be a good training shoe. 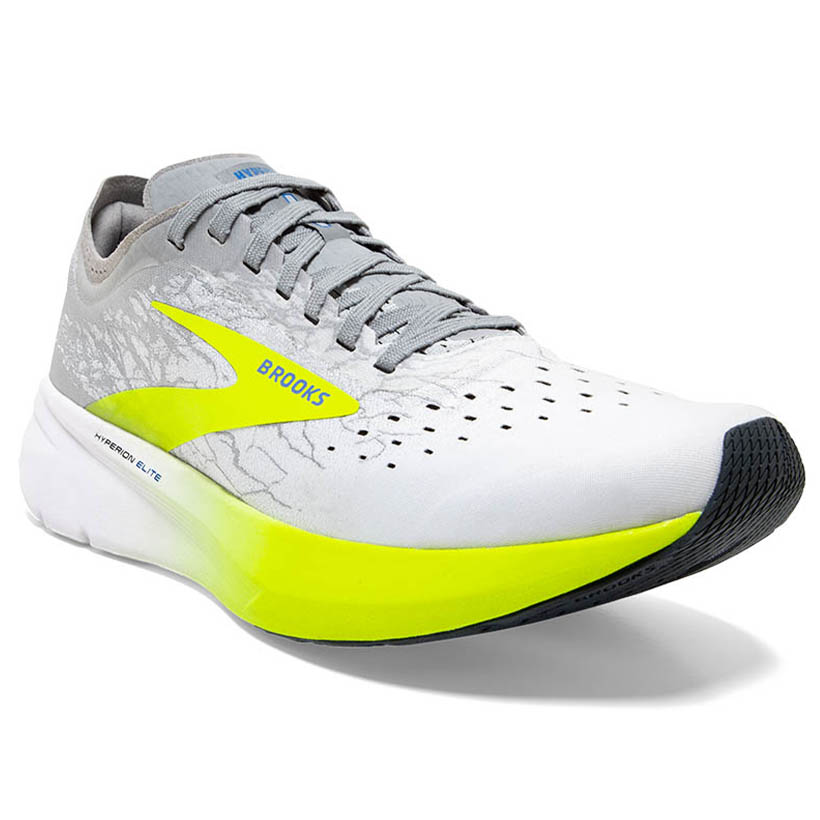 The need for speed

The Hyperion Elite is a whole other ballgame. We’ve been annoying team mates all week with this one: “Imagine how heavy a running shoe might feel,” we’ve said while swinging this beauty in their faces, “Now hold this.”

It is light. It has a plate in there, as we sort of knew it would, but it is LIGHT. But the big differences between this and the *cough* Nike, um, thingie, is that the design here has focussed, as you might not expect – on stability.

During the launch we were shown impressive video footage of a run in a Vaporfly, and a run in the Elite, clearly demonstrating increased stability in the footstrike in the latter. “The shoes give the runner protection over longer distances, so that you can run fast even when the form starts to break down due to fatigue,” explains Hugo Chouissa, EMEA footwear merchandiser.

So it’s light, and it’s stable. And when you have a squidge of it, you can feel that plate keeping the sole rigid. To run in, it’s fast. It really is – there’s a distinct feeling of advantage in these bad boys. And you’d want an advantage too: Brooks have suggested that these have a lifespan of just 50-100 miles, so these are your race day heroes; keep them away from your parkruns and your base miles, please.

The really new thing here is that these two shoes can be viewed as a pair: your training shoe to get the miles in, and your race shoe to get your PB in. We’re not sure how many runners out there would be prepared to go the whole hog and buy two pairs of shoes for that marathon they’ve signed up to, but we can bet there will be more than a few that will. And if the performance of the Elite in any way comes close to the Nike Vaporfly, then this price point gives them a huge advantage. Two pairs of shoes for £20 more than a single pair of Vaporflys? Count us in.

The Hyperion Tempo is available 1 April for £140, and the Hyperion Elite from 1 March for £210. Both shoes available from www.brooksrunning.eu and at selected retailers.

Currently training for her second half marathon