INCUS: the running coach you wear on your back - Women's Running

INCUS: the running coach you wear on your back

How can you improve your running form and get faster without a real-life running coach?

Have you heard about INCUS? If you’re a swimmer or a triathlete, you might already have seen this little white device nestled between the shoulder blades of the swimmer in front of you.

Back in February, INCUS launched its INCUS NOVA, a wearable device worn in a little pocket at the top of the spine that measures performance statistics in order to feedback on, and improve, technique and performance. Because of its position – plumb in the centre of the body, and not, say, on a wrist – the massive benefits of the INCUS NOVA is that it is able to analyse both sides of the body and feedback individually on them. You can understand how important this is in swimming: if one side of the body rolls more than the other during front crawl for instance, or if one leg is working harder than the other. Having the knowledge at your fingertips to adjust minute details of your performance, not only after a training session but during it (it can buzz if the angle of your stroke goes beyond a certain degree) can have a seriously big impact on your swim.

The great news is that the same technology has been developed for runners. The INCUS CLOUD Run is an analytics engine that processes all your running data from the NOVA – the little white device – and it then gives you all these results on an app on your phone. Initially launched on android, it will be compatible with Apple phones in early December.

So what does it do? Well, it uses the NOVA’s inbuilt MARG (apologies for all these caps, you’ll just have to bear with, as that’s how it’s written) sensors to measure running metrics including running power, average pace, cadence, take off acceleration and landing deceleration, with left/right balance, elevation profile and distance. 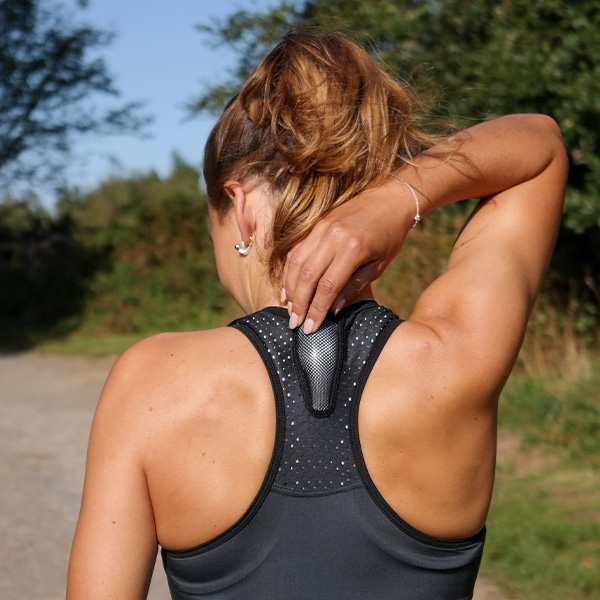 After a training session, your data is synced from the NOVA to the CLOUD app for a detailed analysis of the session. Once there, it begins to build a picture of your training and can provide insights to help improve your running efficiency and speed, as well as to assess recovery and fatigue. Basically, it’s like having a very strict running coach between your shoulder blades; one who keeps a very beady eye on your running form and will bark at you if you start to slump, or your cadence drops down. And that tiny little running coach could make all the difference: with better running form throughout your run – even towards the end when you’re getting tired – you’re much less likely to develop an injury. And with a close eye on your cadence and the differences between the left and right side of your body, it could mean all the difference when it comes to speed, enabling you to grab the PBs you’ve been hoping for.

We’ve had a bit of a run in it already, and are excited about how it will affect our running in the future, particularly over lockdown when we have to coach ourselves. Take it from us, you can’t feel the INCUS NOVA when it’s in place, it weighs almost nothing, and is very simple to set up and use. But what we were really excited about was the way in which it immediately picked up on my running lollop (technical phrase); I know that I can instruct the NOVA to gently bark at me if I lollop too much – which always happens at the end of long runs, when that lollop transitions to a galumph.

Keep an eye out here and in the magazine for more on the INCUS NOVA: already an invaluable running coach, we’ve been informed that software updates will be available in the near future to enhance it even further, all of which will be updated automatically to existing devices. It’s a truly exciting piece of kit, and one which could transform your running.

The INCUS NOVA will be available to buy in spring 2021 as single-sport bundles from just £199.99, and the new Swim Run bundle from £299.99. The bundles come with everything you need to start using the device; including relevant INCUS-enabled apparel, the INCUS NOVA device, charging cable and reference guide.

Check out our favourite triathlon gear.