What happened when we ran for equality... | Women's Running

What happened when we ran for equality…

Inequality in cross-country… does it even matter? Our fitness editor Tina ran in the men’s race at this year’s Southerns Cross Country Championships in London to protest about unequal race distances in cross-country running

Outdated gender inequality still, frighteningly, exists in cross-country in England, with many championship races featuring different distances for men and women. Are women running further than men, you ask? Of course not! In many outdated races in cross-country women will run less, competing in an 8K race, whereas men will run 12K.

Following the move by the IAAF (the International Associations of Athletics Federations) to standardise the world cross-country championships so that both men and women run equal distances (set at 10K), the UK Inter-County Championships followed (set at 10K), as well as the Scottish National Champs (also set at 10K). Other English regional organisations have also adopted equal 10K distances.

That this legacy sexism has lasted in to the 20th century is astounding… but it has. And as the spotlight has been shone increasingly on this issue, many organisations have made positive changes to end this embarrassing legacy.

Not so all of our county and regional organisations, and one of the most iconic – the Southern Cross Country Championships, run around Parliament Hill in London – is one regional championships that obstinately stands by its historical inequality. The organising body? The South of England Athletics Association. The distances? Men run 15K, women 8K, almost half of the men’s distance. Does that make us half as important in the eyes of the organisers? And you’re assuming we pay at least half of the entry cost, surely? 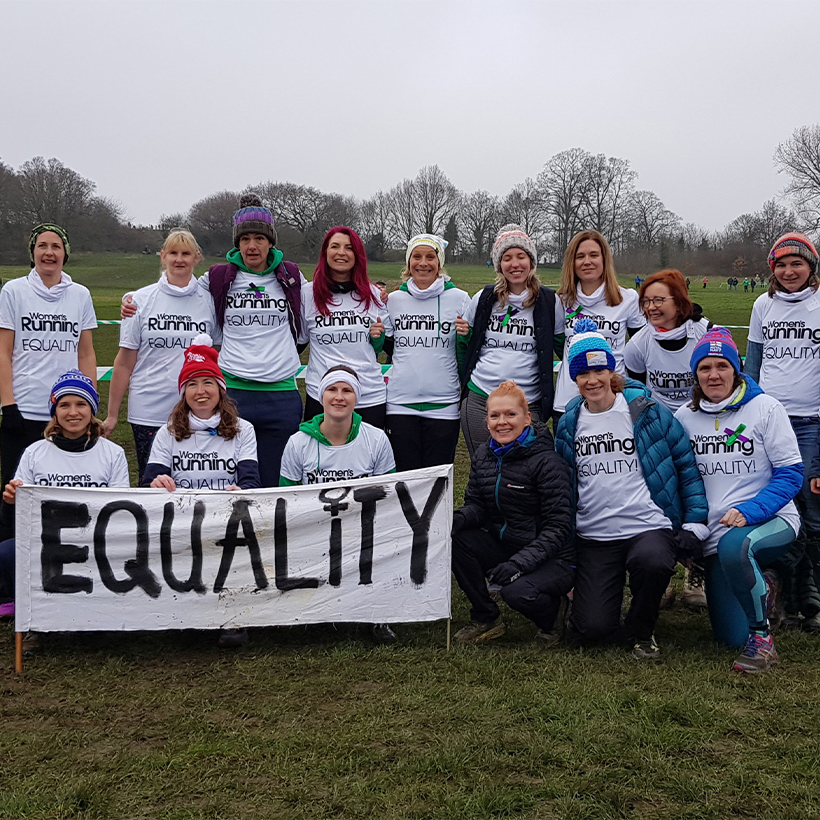 This year felt very subdued up on the hill, where usually you struggle to find space to put up your club flag alongside all the other teams from the southern counties, crammed together. It was the quietest I’ve ever seen it. The morning hosts the races for the younger age groups, so that by the time the senior women set off, the course has been churned up into a loop of boggy leg-sapping mud. Glorious!

As the women’s race set off, not running it felt awful and really wrong; trying to prove a point by switching to the longer men’s race didn’t feel empowering. Last year I was chuffed with my overall placing in my age group, so of course I wanted to come back and do better. Instead I watched and cheered my friends as the women I would usually run with took off to fight their way through the worst boggy mud we’ve had for years on Parliament Hill.

You do this race because you absolutely love it; a muddy, cold, bleak and intense version of London Marathon, which pulls on the same heartstrings. Pitting yourself against the hill and the mud is a massive physical and mental challenge, at a time of year you’d rather not be standing exposed for hours in a windchill that sometimes hits zero. But for many of us this race is a highlight of our year. My club shuttles up runners on buses and it really is a day out by the time we get home, with mud encrusted on our legs, frozen despite having the bus heater on high all the way home, ready for our baths and a glass of wine. So it does have a historical place in runners’ hearts, but that doesn’t mean you want to run almost half of what the men are running. That doesn’t warm your heart.

Hundreds of women conquered the hill, with every runner, despite ability or speed, knowing they achieved something special by the time the finish came round. As I was preparing to head down to the men’s race the announcer proudly stated how, despite calls for equality in the distances at the championships, over 1,000 men would be running the 15K. And one woman. There was pride in the voice as this is a traditional annual event and taking on the 15K is a massive task, one for men to be truly proud of. While women settle for their 8K. 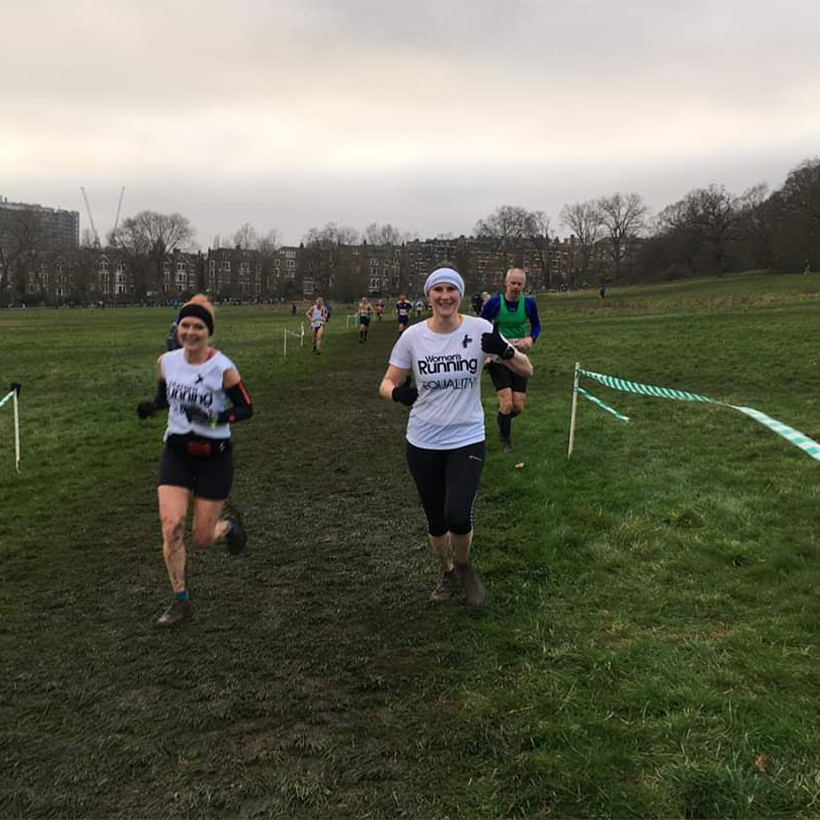 Running the men’s race was tough, I wasn’t in good shape but I bloody loved it. Last year when I ran in the men’s race I got shouted at by the marshals to get off the course, and crossing the finish was scary as the referee swooped on me and told me I could have fallen and got in the way of the men. This year was so different, with men shouting out their support as they passed me, with marshals doing the same, making it so much more positive. On the second lap my friend and club mate Lucy joined me after running the women’s race (she ran further than the men by the time she crossed the finish with me #justsaying), and I think I probably wouldn’t have finished without her beside me, I felt rough.

One thing struck me as we crossed the finish line together: I had quite quickly caught up with the slower women in the women’s race, running their last lap. Over 1,000 men charged past these women who were still racing. I’ve no idea how that must have felt, but I shouted out well done to them as I passed. Slower female runners have no choice but to share their race with faster male runners catching them up. The referee took Lucy and I aside and explained that he had been advised to disqualify the men’s teams of the club that any woman running in the men’s race was from. A thousand men can run in the women’s race, but one woman cannot run in the men’s race, and if she does, the men from her club must be disqualified. He didn’t agree with the advice he had been given and our men’s team wasn’t disqualified.

SEAA don’t want to change. They won’t change. And they will punish the men’s teams if a woman runs in a men’s race. Those men, and those clubs will then hate the women who dare to run in a men’s race, and that will get us thrown out of the club and then hopefully we will quieten down and stop asking to be treated equally.

We all know that by 1984 women were finally ‘allowed’ to run the same distance as men at the Olympics, when the women’s marathon was finally introduced. This was nearly a hundred years after 18 men had lined up at the start of the first modern Olympic marathon on 10 April 1896 in Athens. How many more years are we going to have to wait until someone, somewhere, catches up with the game in cross-country and realises that unequal distances are also 100 years out of date? Women run the same distances as men on the track and road, we want to run the same in cross-country. We don’t need a lesser distance than men. 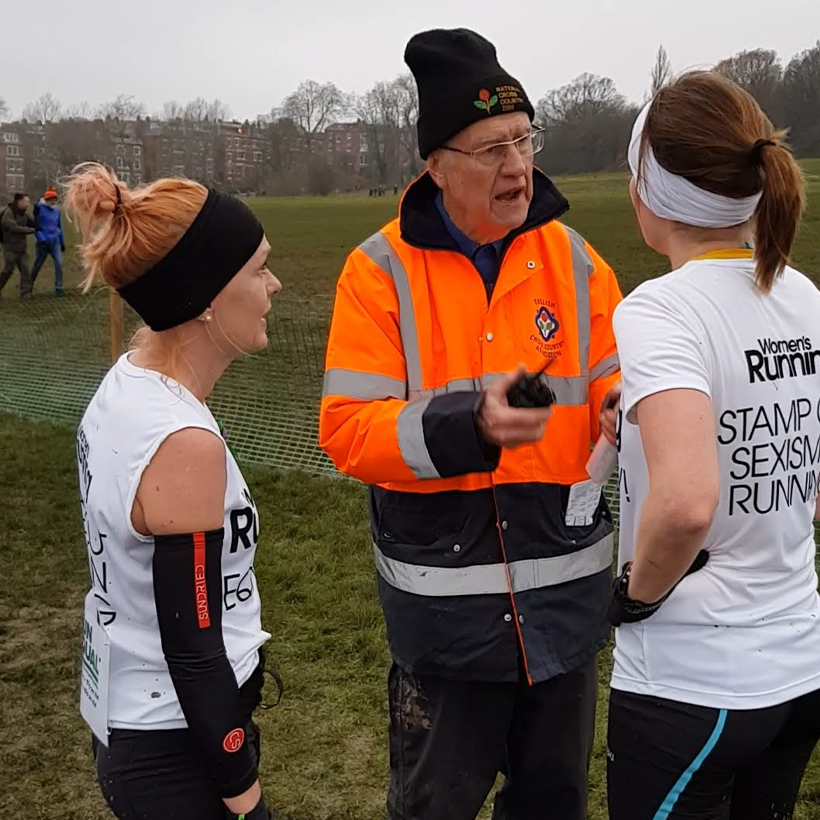 I’ve approached the SEAA repeatedly and they have been unable to give me a logical justification for the differences. Because there isn’t one. If this championship was equalled to 10K, I’m sure women would be able to run that whole extra mile without becoming hysterical or breaking down in an emotional mess as we are over-vulnerable to emotional outbursts. And the argument that adding a whole extra mile will put women off is groundless: since Scotland introduced equal distance in 2016 numbers haven’t dropped, the opposite has occurred with record numbers.

On Monday, two days after the champs I felt disillusioned about what the ref had told me; that the distances won’t be changing. I can’t understand how year after year it can continue being so blatantly sexist, and yet it does. It’s hard to support, or run in events of this organisation.

Would I go back and run the men’s race again next winter, if change hasn’t happened? The days after the race I would have said no, it would be unbearable that another year should pass and it is still the same. A week later and now I would say yes. If something is wrong, it should be changed. I love running in mud and bog and uphill, so being there again doing the men’s race would only be a pleasure. Running again another year on, with no change, with the same toxic messages going out to young female athletes? That thought is depressing.

You are being ripped off!

Senior women pay 87p per kilometre at the Southerns

Senior men pay 46p per kilometre at the Southerns