We are still giddy from the weekend. What an emotional and wonderful day! We have been so inspired to take on our own challenges after watching the efforts of the elites and the mass runners – all of them undertaking epic efforts.

Team Women’s Running was in bits watching the elites come through the finish line, and welled up again at the official winners’ press conference this morning, listening to the winners talk about their experiences and, extremely movingly, explaining what it was like to run this famous course once more after the enforced pause, and with a crowd to cheer them on. 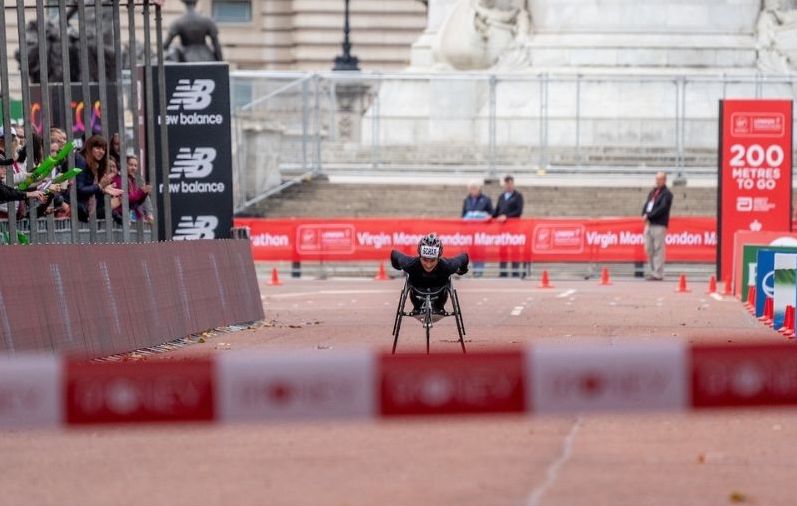 We were expecting great things from Switzerland’s Manuela Schar, the course record holder from 2017, and we weren’t disappointed. She won the wheelchair race in 01.39.52, beating her own record by 5 seconds. Last year, on the closed lapped course in driving rain, she was narrowly beaten by Nikita den Boen. So this year was her comeback!

“It felt great to be back!” she said at the conference. “You even had a crowd so it was amazing to be able to race again and get that marathon feeling that I’ve missed so much… you feel like part of a community and it’s great to be back with the family.”

Manuela raced a good portion – at least the pointy end of the marathon – on her own, with no pack, but that clearly didn’t stop her in her tracks. “I actually like that kind of racing,” she said. “I like going for a fast time. I prefer a fast race than a tactical race. After winning Berlin, I knew I was able to go for a good time in London and I tried to go for a good pace… and I felt confident enough to go for it.”

There’s now no rest for Manuela, as she has both Boston and New York marathons in her sights. We will be watching closely! 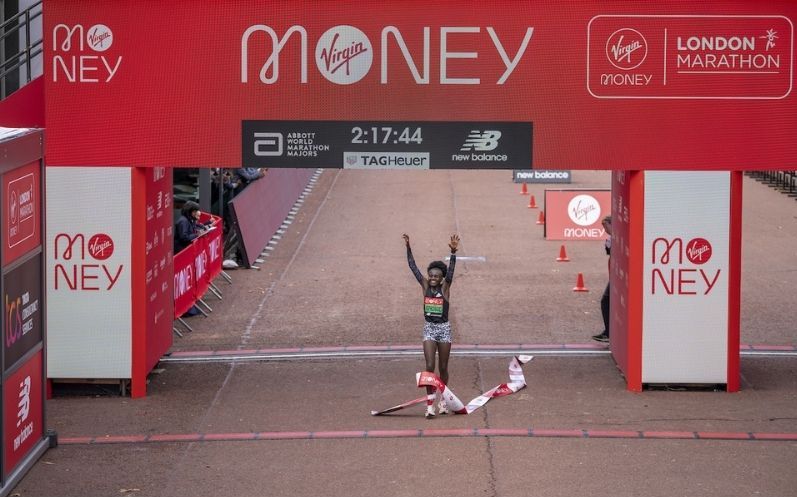 Joyciline Jepkosgie looked utterly overjoyed to have placed first, with a stupendous time of 2.17.43, the 7th fastest marathon time for a woman in history. What a massive achievement.

“I’m very grateful to be the winner!” she said. “It was a great achievement for me, and I’m happy!”

But she was quick to explain that it wasn’t an easy race by a long chalk, and that there were a lot of close competitors, a number of whom kept a fierce pace that she found difficult to break away from when she needed to. “I was confident I would run well, but I wasn’t sure what the projected time would be,” she explained. “My plan was to stick with the pacemakers until they left, and then try to move, but [the other runners] were so strong!”

Joyciline is relatively new to the world of marathon running, with the London Marathon only her third so far – and each marathon has afforded her a better time. Can she run faster than this? It’s an emphatic yes. “This marathon shows me that I have improved and motivates me that I can do more than this,” she said. And, excitingly, she smiled, “I’m happy to come to London next year!”

We’re pretty happy for her to come to London next year too! Watch this space…