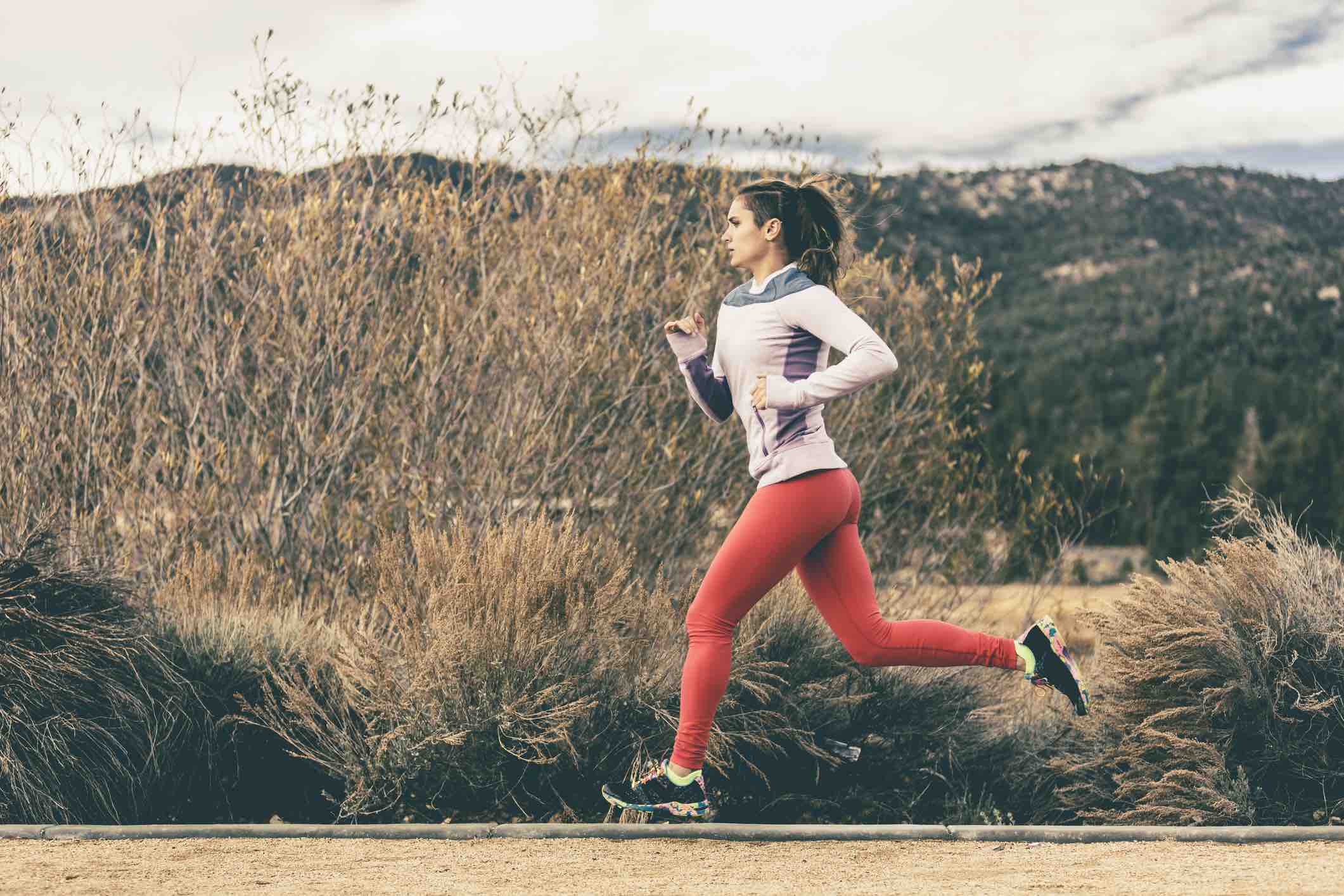 If you're tempted by the idea of roaming the countryside on your runs, but you don't know where to start, here's our guide to trail running for beginners

There’s something so idyllic about the thought of exploring the countryside’s beautifully vast and remote-feeling spaces in your trainers – particularly here in the UK, which has such spectacular scenery. It offers benefits, too: it can often be more relaxing and mood-boosting than road running. Research also suggests that it can improve your running performance on-road, and could even help prevent injury.

A survey by Salomon found that 60 per cent of runners would like to run more on trails if they knew where and how to do it. So, we want to help. Read on for our guide to trail running for beginners.

The first thing to get to grips with is the different types of trails on offer to you. The most obvious one is marked footpaths, that you will find almost everywhere. There is a legal right of way that has been established on these paths for walkers and runners.

In addition to those footpaths, Britain’s walking charity, The Ramblers, also identifies the following footpath types in England and Wales:

Not all of these paths will be good for running, and often their maintenance will depend on who owns the land and how often they are used. National Trails are a good place to start when finding paths to run along. There are 15 National Trails in England and Wales, collectively 2,500 miles in length. These trails tend to be the best funded, maintained and signposted.

One of the best ways to identify a local trail is via an Ordnance Survey 1:25,000 scale map of your area, says Magner. Finding different footpaths on an OS map is easy – simply use the map key. It’s worth visiting the Ordnance Survey website to get familiar with these. It offers map legends / keys, explaining the meaning of each map symbol and abbreviation. National Trails are also marked. While most footpaths are signposted, it’s worth consulting a map to identify public rights of way before heading out of for a run.

Strava is also a great place to find routes that other runners use. The more popular a running route, the more easily passable it is likely to be – and usually not too steep or challenging.

So, you think you’ve found a good footpath for your trail run. What next? If you’re new to map reading, the most important thing to get to grips with is the scale, so you can mark out the distance of your run. It’s recommended to start with a shorter run than you would do on the road. This allows for the extra physical challenges of trail running, and will ensure that your first run is a success.

The next thing to consider is the terrain. Contours on a map will tell you how steep paths are, and map features will inform you if the ground is rocky, grassy or boggy.

Preparing for your run

If you’re nervous about your navigation skills or are taking on your first trail run alone, it’s a good idea to walk it as a hike first. Taking it slowly will allow you to get familiar with your surroundings, double check the distance, route and terrain and plan what you will need on your run.

It is also good to ascertain where you will park, and if there are any villages, toilet facilities or shops nearby, so you know where to find them before you head out.

Make sure to check the weather for your run and prepare your kit accordingly. We recommend doing your first few trail runs on sunny or dry days. Trail running offers lots of extra physical challenges, such as running over roots or along narrow paths, and it is easier to adapt to those without the extra challenge of mud and rain.

The vital bit of kit you’re going to need is some trail-specific shoes. These running shoes offer extra grip, are usually more water resistant than road shoes and provide better protection for your feet. Here’s our pick of the best trail running shoes.

Carrying a phone is recommended for both safety and navigation. There are a whole host of apps available that allow you to pre-download maps to your device for access when signal is patchy. A GPS watch may also be of help for finding your way, and often has safety features to call for help if you fall or get lost.

If you’re heading out on a longer trail run, think about whether you need to carry food or water with you, as well as a jacket or sun cream for changing conditions. We also recommend to take some plasters with you, in case of any scrapes or blisters.