What colour is your feminism? - Women's Running

What colour is your feminism?

How many of those women’s names mean anything to you? If it’s only one, then start asking yourself why.

The awful murder of Sarah Everard has – rightly – thrust the topics of misogyny, women’s safety and the culture of the police to the fore. It has sparked outrage, as it should. But where was this level of public outcry after the murders of Nicole Smallman and Bibaa Henry in a London park, or after Blessing Olusegun’s ‘unexplained’ death on an East Sussex beach? Where were the column inches dedicated to their deaths, to the value of their lives? Where were the thousands of social media posts remembering them and demanding justice?

Women’s suffering has been and continues to be white-washed.

Before anyone gets the wrong impression, a clarification; we’re not saying that Sarah Everard’s case shouldn’t have received the public attention it did. That’s not debatable. All we’re saying is that the cases of Blessing, Bibaa and Nicole should have received the same level of attention. Not more, just the same.

But they haven’t. And they still haven’t despite the outcry of – predominantly white – journalists calling out the poor treatment of women endemic in our society.

Can someone please tell us why? Why do our murders deserve less space on television, newspapers, social media? Why does our suffering feel less ‘newsworthy’? Why do our lives feel less valued?

Of course, as black and brown women, we know the answer to this. Racism. Racist tropes against black women. The black woman has repeatedly been depicted as ‘fierce’, ‘strong’ ‘angry’. These tropes, these labels, play into conscious and unconscious biases and systemic and institutional racism that feeds into the machine and, ultimately, leads to a lack of publicity, action and therefore – social change – when it comes to our stories being covered, crimes against us being investigated and, ultimately, us feeling safe.

When people talk about ‘feminism’, what they’re usually referring to is ‘white feminism’ – despite the fact that, as a recent ONS (Office for National Statistics) survey found, adults of black and mixed ethnicity are more likely to experience sexual assault than their white counterparts.

One word: misogynoir. The intersectional bias that black women suffer because society oppresses them, not just because of their gender, but also because of their race. It’s a unique distrust and prejudice against black women and a crucial part that is often left out of both the anti-racist and feminist conversations.

What does any of this have to do with running, you might ask. Well, the world of running is just a microcosm of the world at large. So, as this lack of understanding and coverage around black women’s suffering and their lived experience is marginalised in mainstream media, the same is true in running.

One of our Black Trail Runners community members summed it up well when she told us about her considerations when she goes out running.

“1. I’m a woman and that makes me vulnerable so I have to consider my route running alone and
2. Being black…makes me doubly vulnerable to those who would do me harm because of my race.”

Women from other marginalised communities have to deal with their own forms of intersectional misogyny. Look at the recent shootings in Atlanta, which left 8 people dead including 6 women of Asian heritage. The hate they were faced with was a result, not just because of their gender, but also their race.

If we truly consider ourselves to be feminists and want to fight for the rights of women to be able to run and to generally go about our lives safely, without fear of harassment or worse, then we need to be fighting for the rights of all women, not just the ones who might look like us. 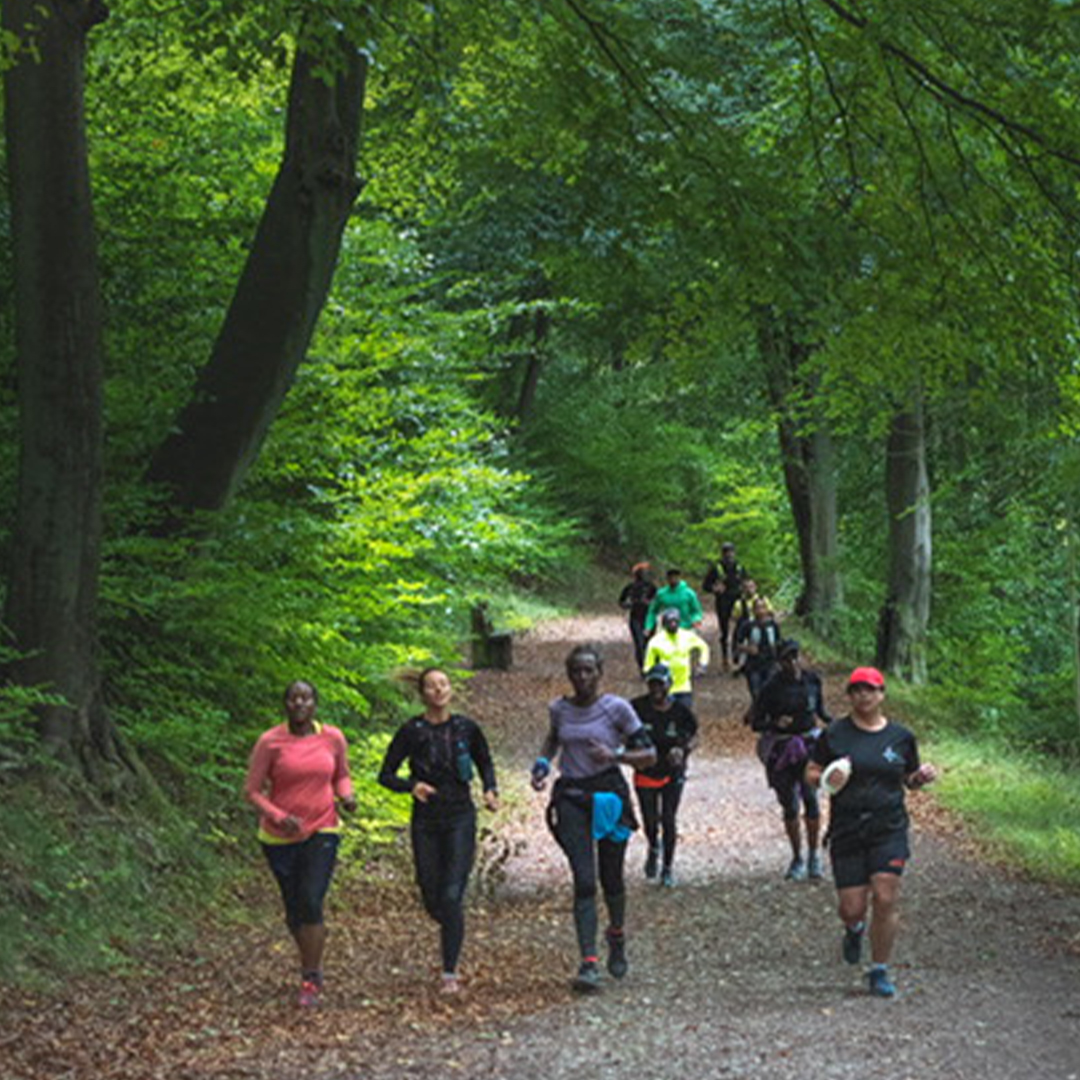 We asked female members of our Black Trail Runners community to share some of their thoughts around running:

“…I have had occasions when I have received funny looks from white men, even calling out (fatty) and just laughing hysterically, then on the other side, praises from black men, to say well-done sister. More recently, I have begun to feel fear and anxiety when running as I now see everyone as potentially dangerous. I definitely do not run the same routes back to back or at the same time on different days. Understandably, after the protests of the unlawful killing of Ahmaud Arbery and others in the UK alike, I feel that I have to always be ready and not be relaxed because anything can happen at any time and that makes me extremely sad, especially as I have a 17-year-old daughter. Trauma from hearing black people being killed and worse [and] still their deaths are not being investigated has forever changed the way I view the world.”

“Running makes me feel free, especially when I am on the trails. When road running, I don’t feel free, the stares, the beeps and the occasional heckle, the comments make me feel unsafe. What if they throw something from the car window, I always wonder, which makes me feel nervous and frankly sad. Running buddies keep me free of worry, chatting away the road miles, and trying not to notice the stares, to no avail. All I want to do is run free, whatever route I choose, without a care in the world. Is that too much to ask, I ask you? One thing Is for certain, I will continue to run, to make way for future generations of black girls and women of all races, to run free, without fear and a care in the world.”

“My colour dictates how I am treated. I know how it feels, as I have direct experience, to be screaming for help while in a trail race while a group of white men ran past and ignored me. They were more interested in getting to the end of the race than they were about holding out a hand to help me. I just know, had I presented as a white woman, I wouldn’t have had to endure almost 5 minutes of utter hell in which I thought I might lose my life. This is our reality.”

“I have experienced catcalling whilst out running. Vehicles blowing their horns at me whilst running. Irritating stares and men making suggestions and shouting to me whilst out running. I almost stopped running permanently but didn’t want these experiences to deter me… I did try to share my concerns with people I trusted but they didn’t believe [me] and said it’s due to COVID-19.I thought that I was the only person experiencing this problem but I’m not alone. All women [who] experience harassment whilst running should be treated in the same way, the same level of coverage. The conversation is not limited to a certain group of women. The two women who were murdered in north west London last summer still haven’t received justice. This topic is still a taboo.”