How to access help if you’ve been harassed or assaulted

You don't have to accept heckling, sexual harassment or assault: here's what you can do about it

Of the 97% of young women who recently told UN Women UK that they had experienced sexual harassment, a further 96% said they had not reported the incidents as they didn’t believe it would change anything. We’re determined to change the narrative and make women aware that they don’t have to accept this behaviour.

It can be incredibly upsetting for women to report these incidents. The trauma of sexual harassment or assault is already a lot to handle, but the fear of not being believed or being shamed for the experience can make us want to deal with them in our own ways. It’s completely understandable if you choose not to report an incident, but the more victims who call this behaviour out – and the more police departments forced to take it seriously – the more likely we are to be able to run without fear one day.

As harassment is so common, it can be tricky to understand what constitutes a criminal offence. Here’s some useful information from Citizen’s Advice on what’s considered unlawful sexual harassment.

What is sexual harassment?

Sexual harassment is unwanted behaviour of a sexual nature which:

It’s important to note that you don’t have to have previously objected to somebody’s behaviour for it to be considered unwanted.

The law considers this behaviour sexual harassment if it is intended to or has the effect of violating your dignity, or creating an intimidating, hostile, degrading, humiliating or offensive environment.

Are there other forms of harassment?

Yes, harassment can take many forms, including facial expressions and physical gestures, and is considered as such if you feel offended, intimidated or humiliated.

What can I do if I’ve been harassed?

Harassment is usually considered to be a crime under the Protection from Harassment Act of 1997. A person who has harassed you twice or more can be prosecuted in the criminal courts, or you can take action against them in a civil court. So it’s always worth reporting any incident of harassment to your local police service to keep a record.

Under the 2010 Equality Act, harassment can be considered unlawful discrimination if it’s connected to your age, a disability, your gender identity, your race, your religion, your sex or your sexual orientation.

Sexual harassment is also considered unlawful discrimination, so if you experience harassment of a sexual or any other discriminatory nature you can report this to the police as a hate crime.

Penalties for hate crimes such as sexual harassment include fines, imprisonment or both.

What is sexual assault?

Sexual assault is any sexual act that you don’t actively consent to or are forced into, including the most serious acts of sexual violence such as rape. This could include being groped or grabbed while out running, and could leave you with no visible injuries, but would still be considered sexual assault.

Sexual assault isn’t as common as sexual harassment, but an estimated 20% of women above the age of 16 have experienced it. Only around 15% of sexual assault survivors report the incident to the police.

Are there other forms of assault?

Yes, assault is defined as the act of inflicting physical harm or unwanted physical contact upon another person. If you’ve been physically harmed in any way, for example being purposefully tripped up by somebody on a run, then this counts as assault, too.

What can I do if I’ve been assaulted?

If you are in immediate danger, then you should call the police or call 999.

If you’re not in immediate danger, there are multiple services than can help you if you’ve been assaulted or sexually assaulted, depending on whether you need medical attention, practical or emotional support. You can find your nearest sexual assault referral centre here.

If you choose to report an assault to the police then they should assist you with any other care you may need.

Rape Crisis can also provide support for women who have experienced any form of sexual violence.

Under the Sexual Offences Act of 2003, a person can serve up to 10 years in custody for committing sexual assault. 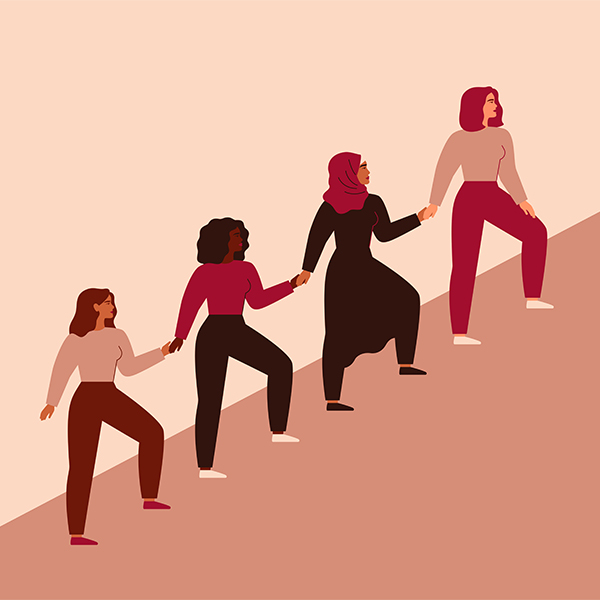 It’s clear from the statistics presented by UN Women UK and Rape Crisis that most women choose not to report harassment or assault for fear of being shamed or ignored. But by holding perpetrators accountable we challenge the narrative that this behaviour is in any way normal or acceptable: it’s criminal behaviour that carries a penalty.

We hope this information helps you find support for yourself or for someone else, and encourages you to take action if you have been a victim of a crime.

If you want to support us and make a pledge to help women run without fear, you can get involved with our #WEWILL campaign here.